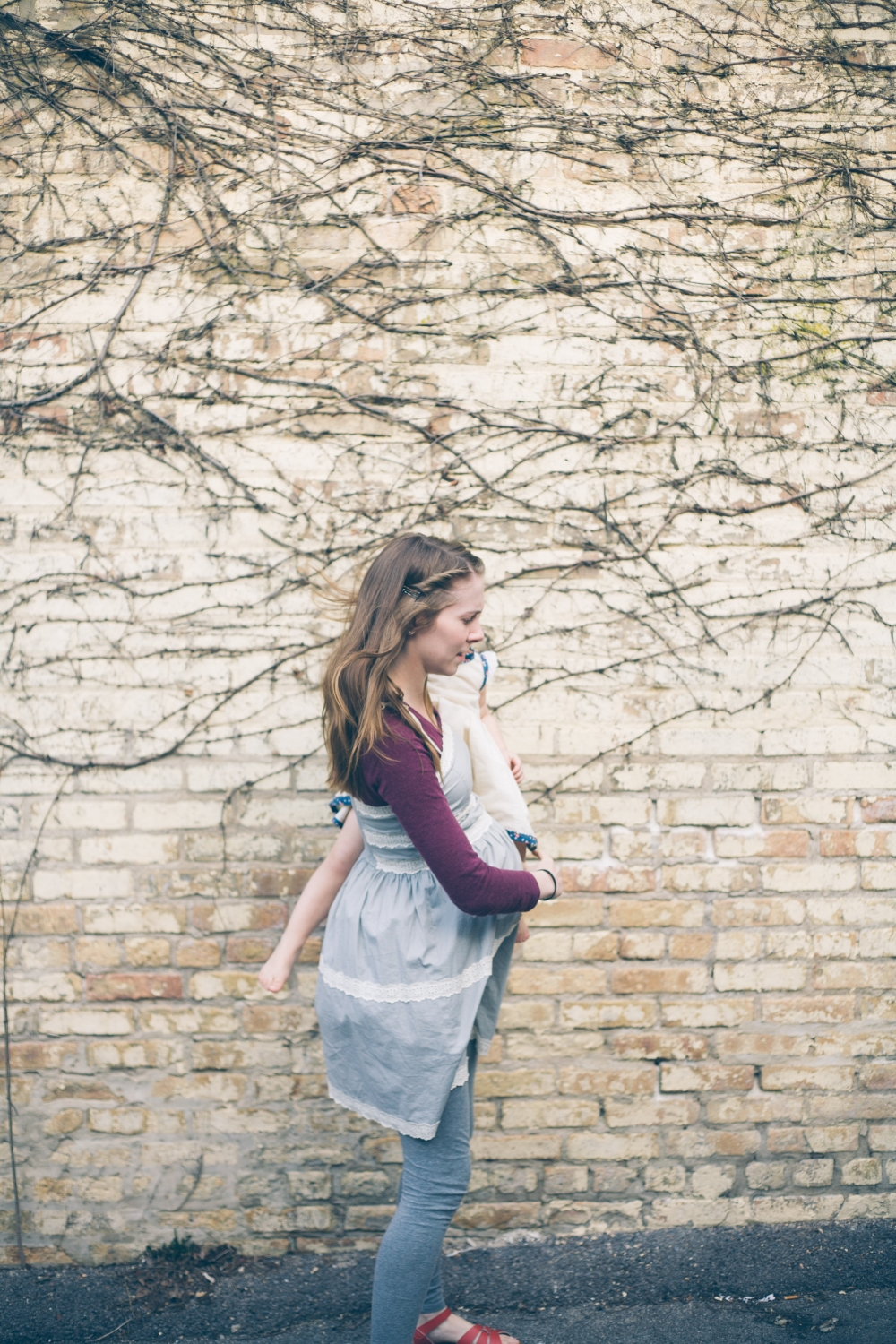 Almost third trimester now! The first half of pregnancy always seems to take forever, and the second half flies by. I'm undeniably pregnant now, though it's still hard to imagine that all that wiggling in your belly is actually a tiny human until they emerge. 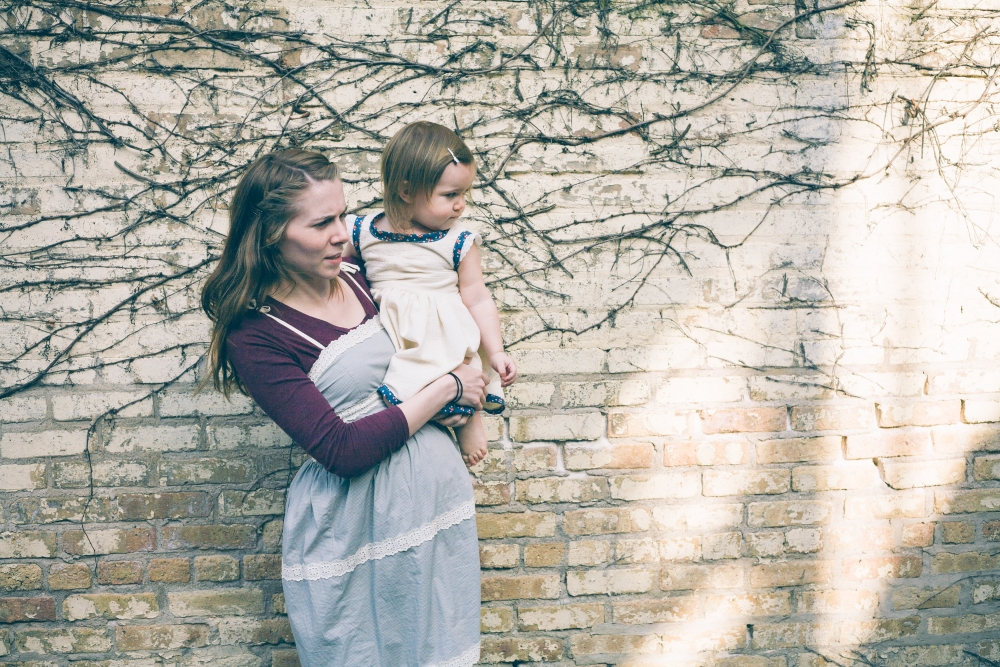 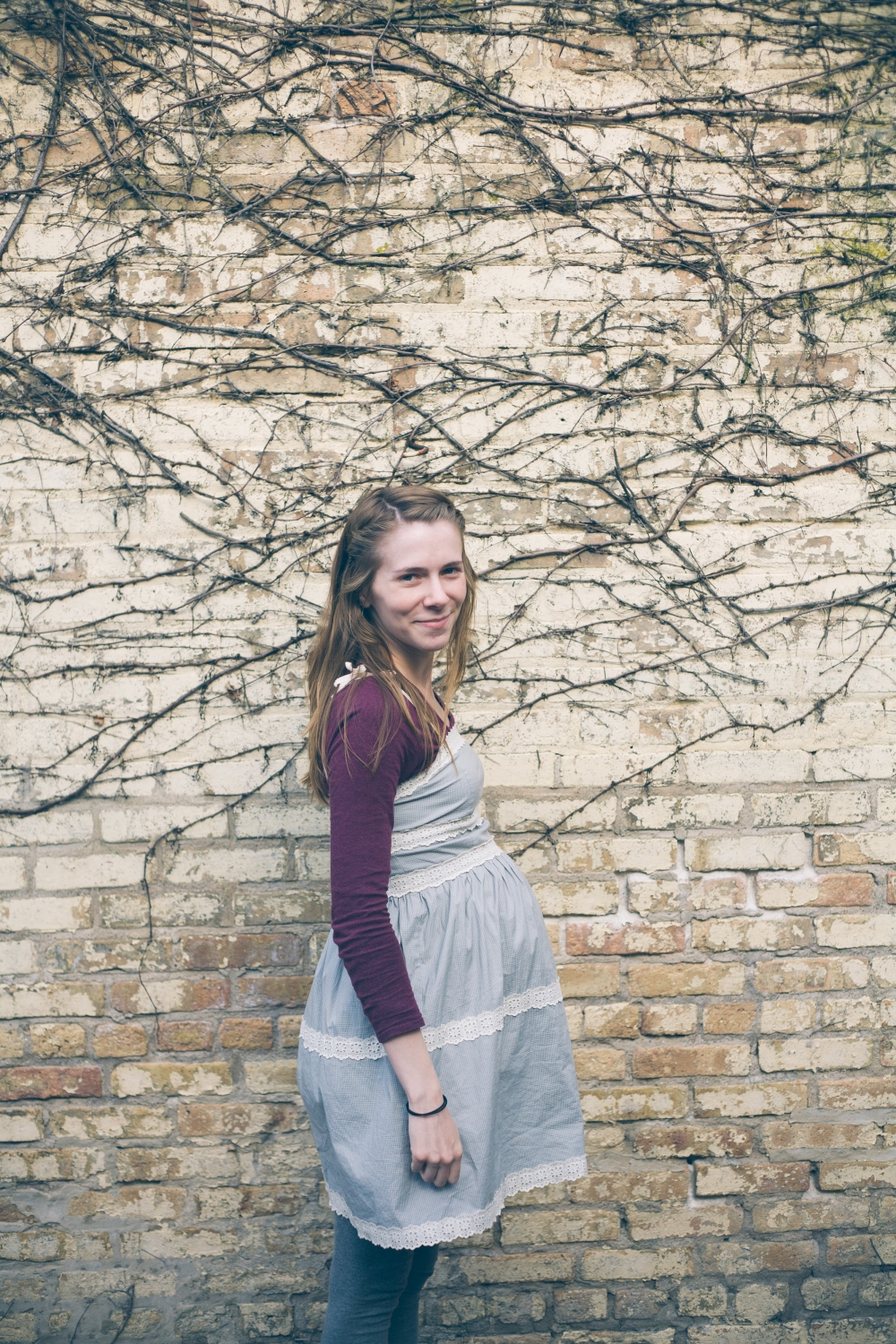 Tennyson is breech right now, but he has plenty of time to turn still, so I'm not worried about it.  I'd actually prefer those feet to be up in my ribs rather than poking me in the bladder, though. 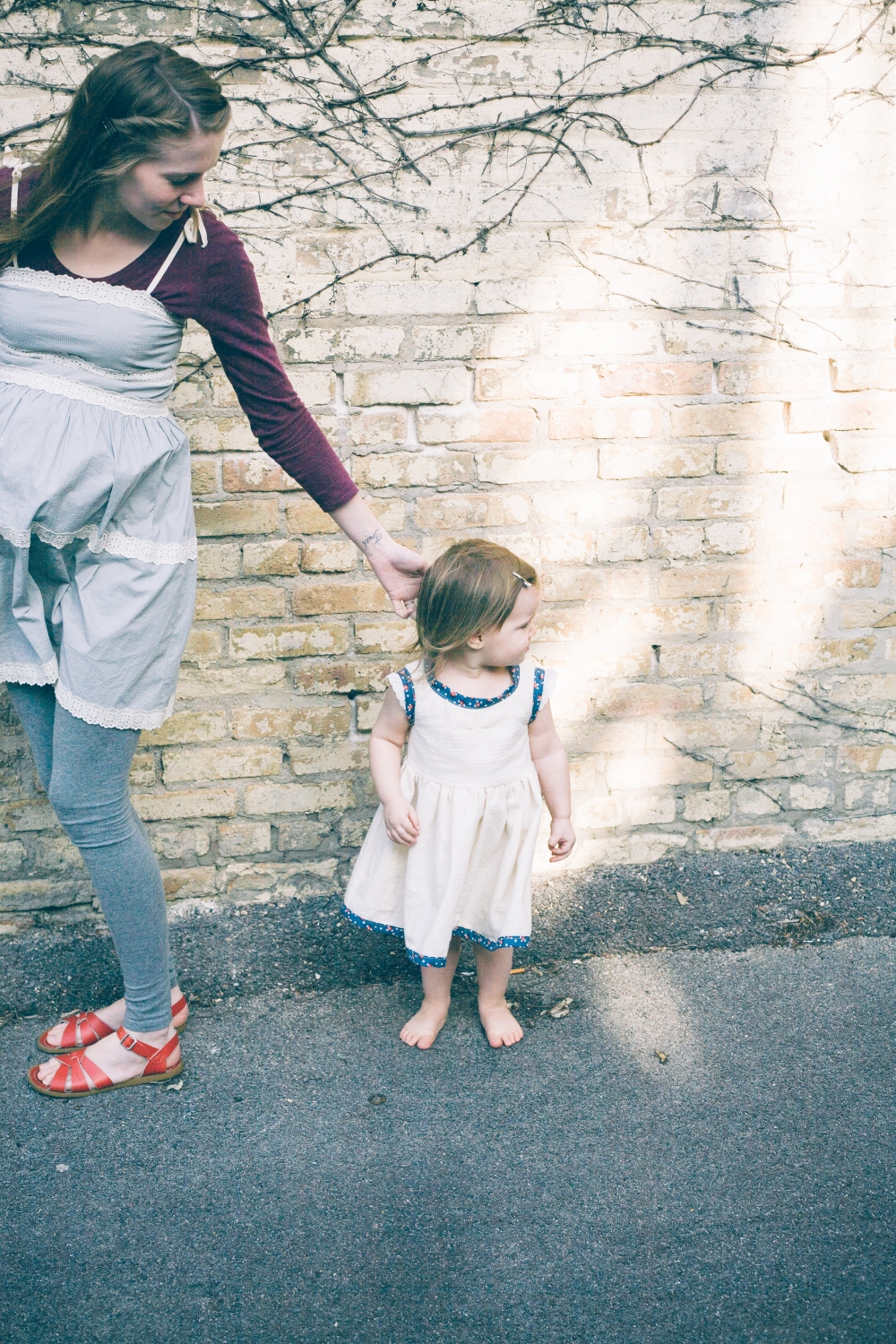 (We snapped these pictures on Easter and it might have been just a little bit overeager to go outside in sandals and bare feet, but 50 degrees seemed warm, I swear.) 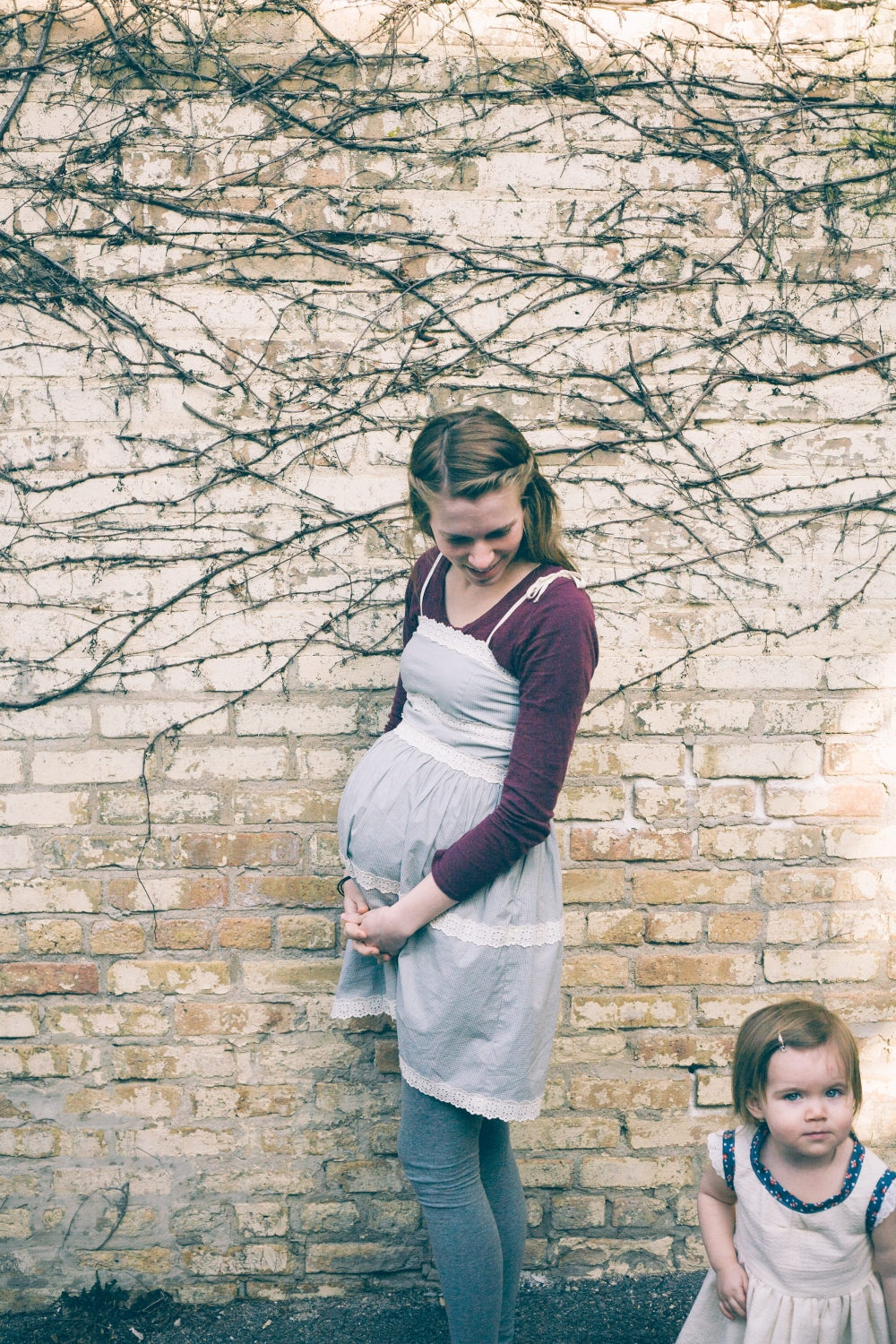 Indy has now incorporated "Tessyson" into her vocabularly and regularly asks when he's going to come out, and then answers her own question with "bigger" (as I have told her several times he needs to get bigger first). 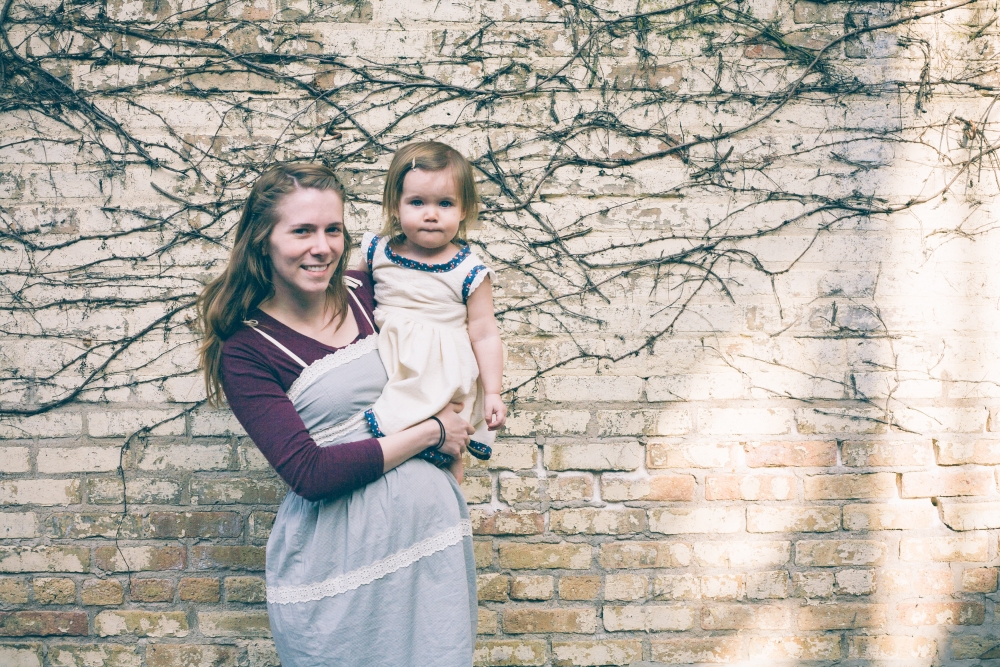 I might be biased since I am her mom and I already think she's cool, but I think she's going to make a pretty great big sister.