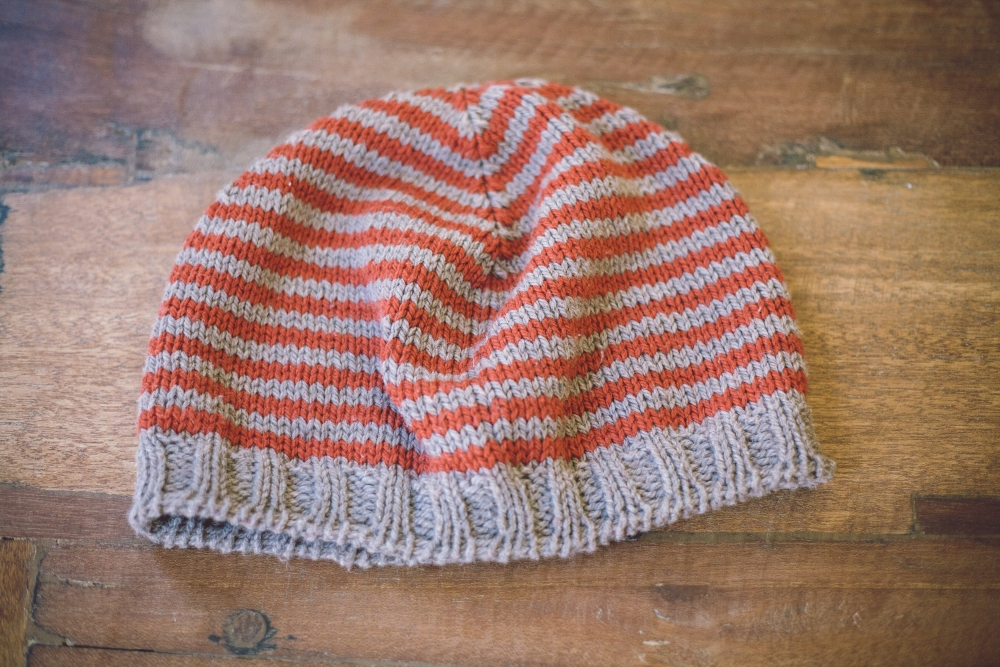 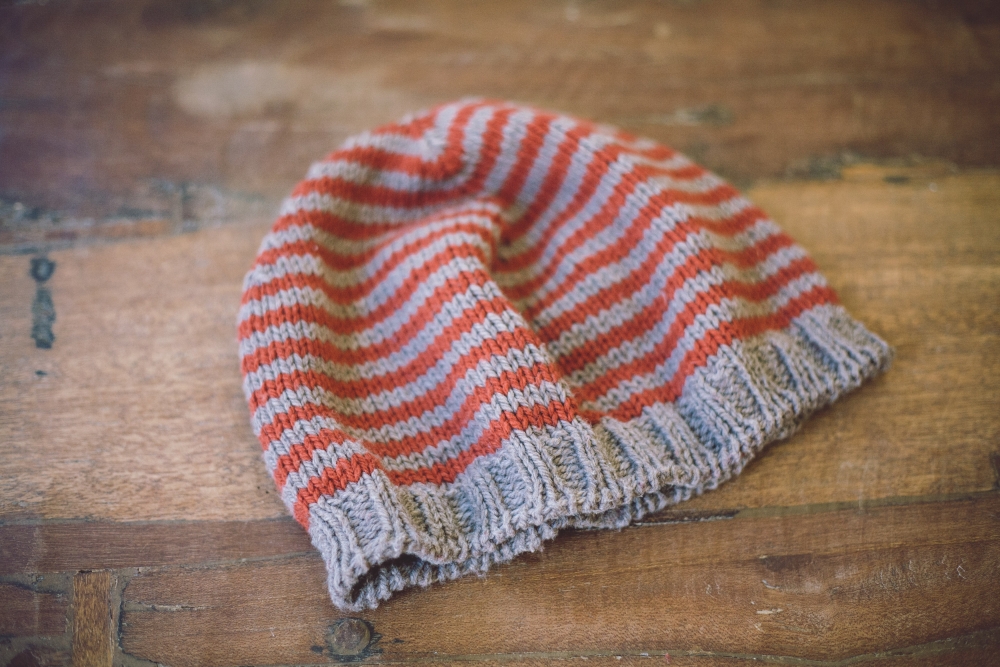 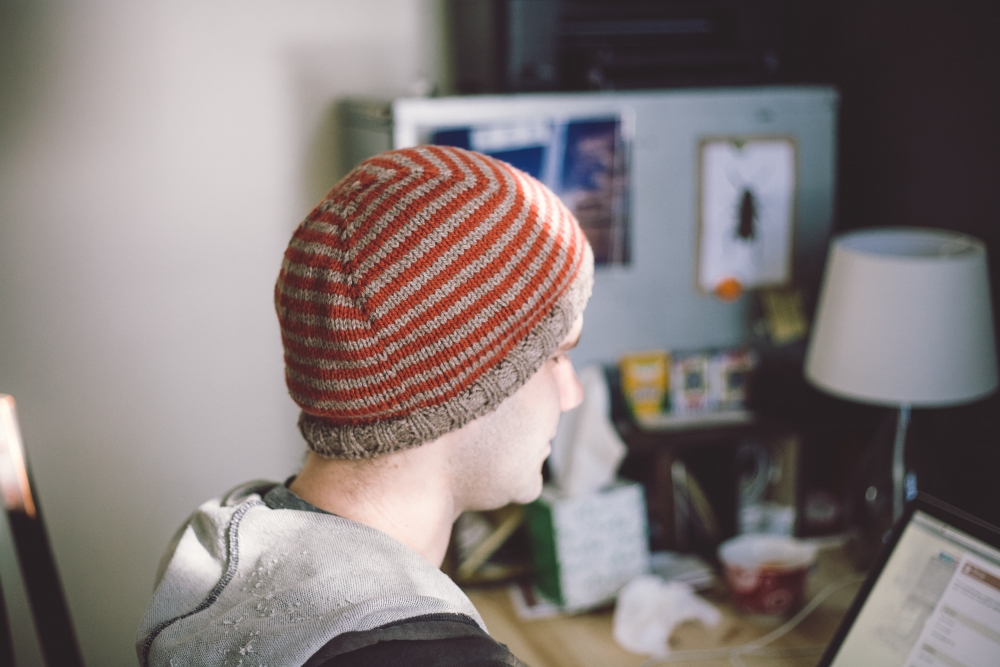 This was my first project for Alan. It was fun, I learned several things, but I don't particularly like it. The pattern is great (the Turn a Square hat), but I picked the wrong yarn for the project (Spud and Chloe sweater yarn) - a wool and cotton blend which just doesn't have as much "squish" as I guess I prefer for hat knitting, so the hat, especially the brim, just stretches way out and doesn't  spring back, and which also pretty severely messed up my gauge (no I didn't swatch. . . pshhh. . .) so the hat is rather too big. Perfect yarn for a sweater, as it keeps its structure and prevents sag, but not so great for hats. And probably not as warm as pure wool, either. I also realized halfway through knitting that it was supposed to be 2x3 stripes, not 2x2, which I think I would have preferred, as it would have looked less "Dr. Seuss". Alan swears he likes it, and wears it every time he shovels our driveway, but I might have to make something I like better for him. Either way, it was my first time doing a tubular cast on and knitting stripes, and I really liked the jogless stripe method (the tubular cast on, meh, I could take it or leave it). Every project is a chance to learn something new, whether I like the final project or not - I really feel that way - and so it was still a worthwhile knit.