Finally, the garden tab is gettin' a little love! This year us four, er five, Millers decided to veggie garden it up in Joel and Kate's backyard (a real vegetable garden will be awesome, and I'm going to stick to flowers and herbs in the pots on my porch). I'm nervous and excited about the project (there is a LOT to know about gardening!), and have already learned so much. We've been using this book as our guide, it's very thorough and full of great information. On the author's recommendation, we're doing deep, wide, raised beds. It's been the perfect week to do all of this work, too. The area needed a lot of prep work. The previous owner had covered it with black landscaping tarp and mulch, which all needed to be torn up, and the boys even dug out two big tree stumps with an axe and shovel (very impressive). And now it looks like this! Now all we need is some short fencing, straw for the walking paths, and seeds (which are in the mail and should be here soon). We decided to sort of go big or go home, and picked a decent variety of vegetables so we could gain some broader experience (I'll list the veggies in a post when the seeds come). Wish us luck! 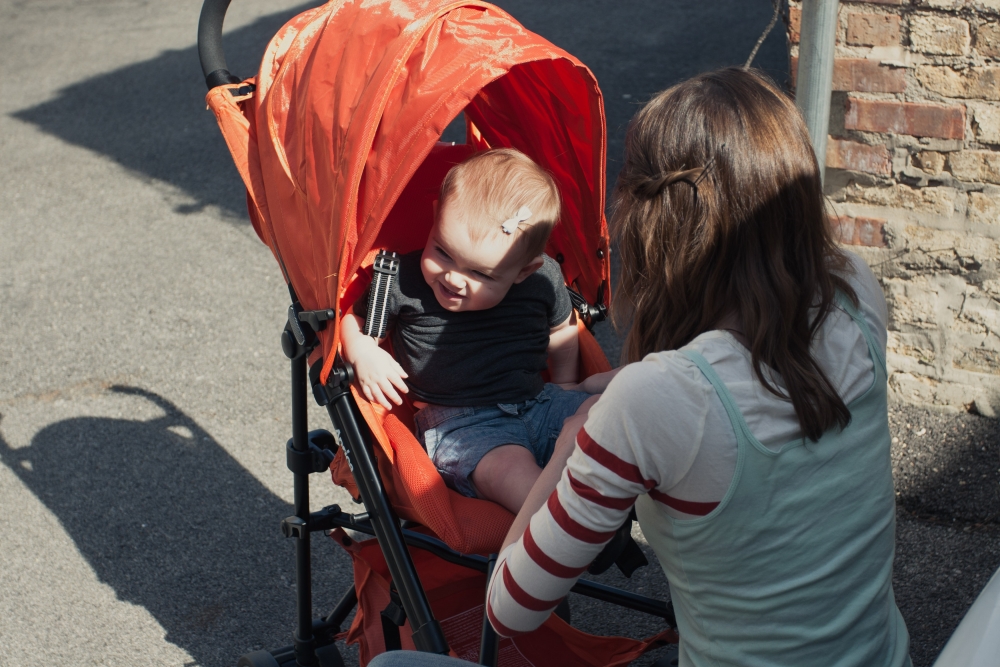 Its been hard to blog with all of the distractingly nice weather we've been having recently. We've been taking advantage and going on a lot of walks (facilitated by our latest craigslist find, this Aprica Presto stroller for only 40 bucks), and breathing the stale winter air out of our lungs. (By the way, why don't we have a phrase for exceptionally warm days in Spring? We have Indian Summers in fall, and Blackberry Winters for cold days late in spring, so what gives?).

On Tuesday the five Millers took a midday excursion to the park to take advantage of the public grills there and enjoy some hotdogs, sun and swings. Indy was excited, and that barrette in her hair lasted all of five minutes. Also, she insisted on holding Uncle Joel's hand during most of the walk to the park. . . 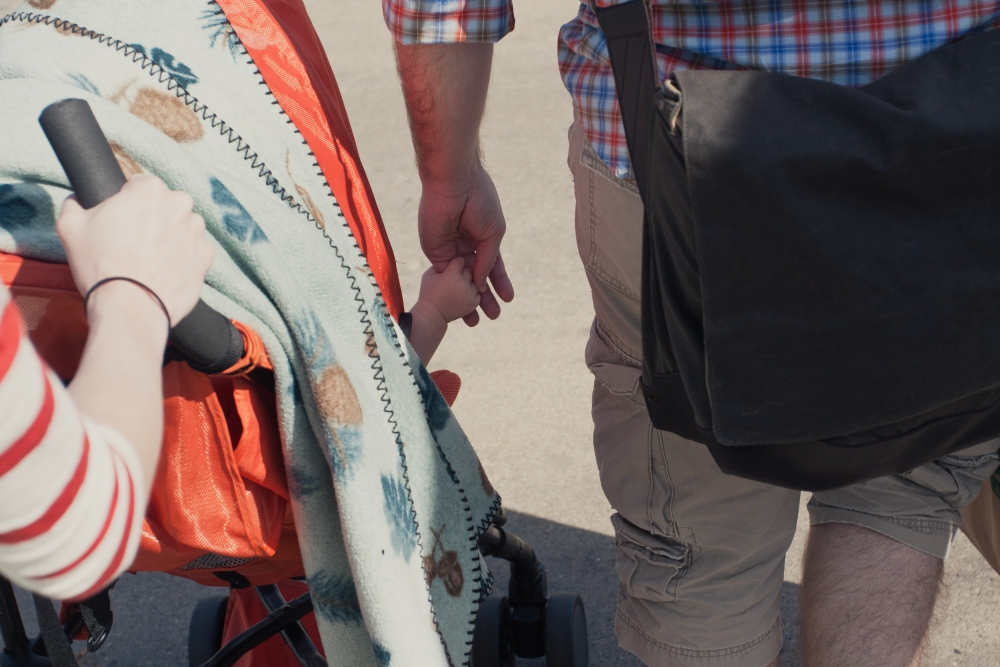 This is Indy's first real cognizant summer, and the first days warm enough to explore outside. She was a little unsure of walking on the grass, and at first she just sat there and whined and refused to stand up (she's turning out to be a bit of a scaredy cat. . . she was scared at Chick-Fil-A yet again the other day because the cow was walking around, and she started crying and tried to abandon ship [highchair]. Apparently Joel and Alan were the same way growing up. . . I know there's a photo related to this somewhere. . . where is it, ah here it is: 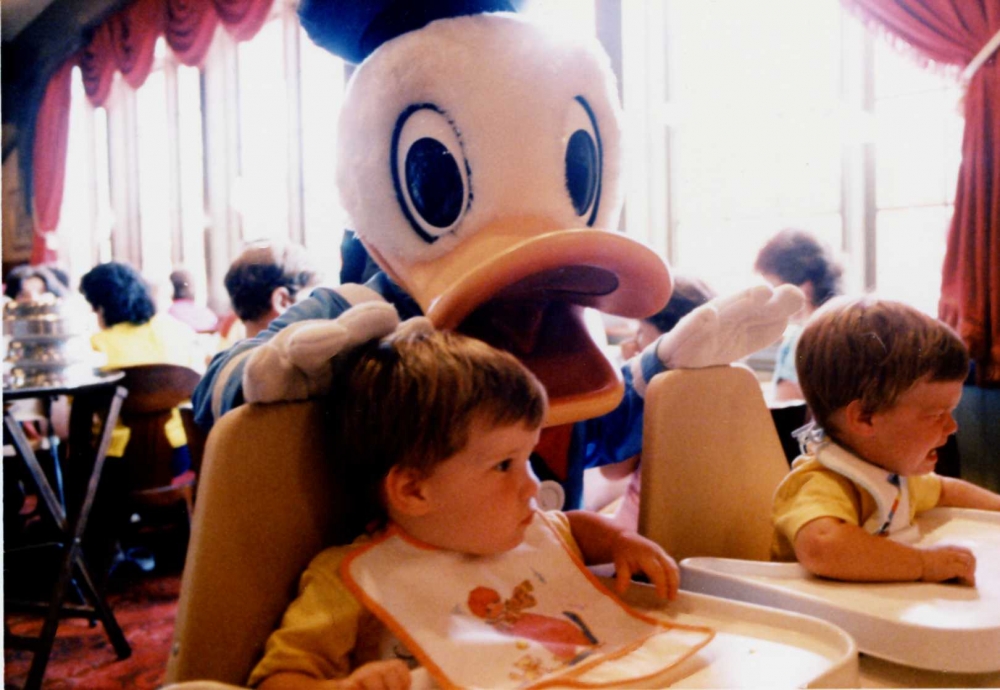 [seems only one twin had spotted Donald Duck at this point. . . the other is so unsuspecting, poor guy] Anyways they turned out okay. . . mostly [ask Alan about the time he jumped into my lap while trying to kill a spider]). I tell her to be brave, and eventually she did take a few timid steps and then she was good to go, and much sitting in the mud and eating acorns and dirt ensued. . . 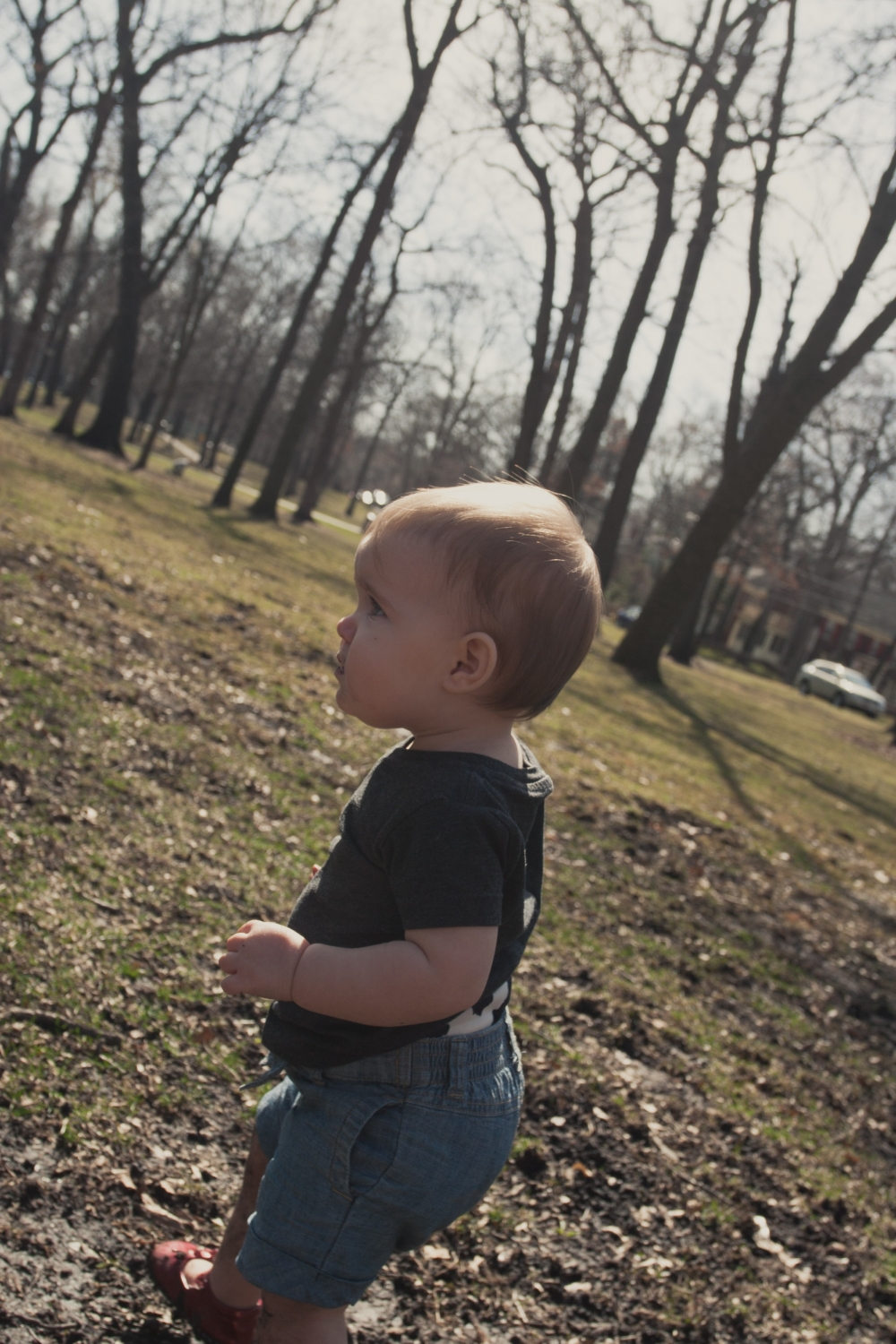 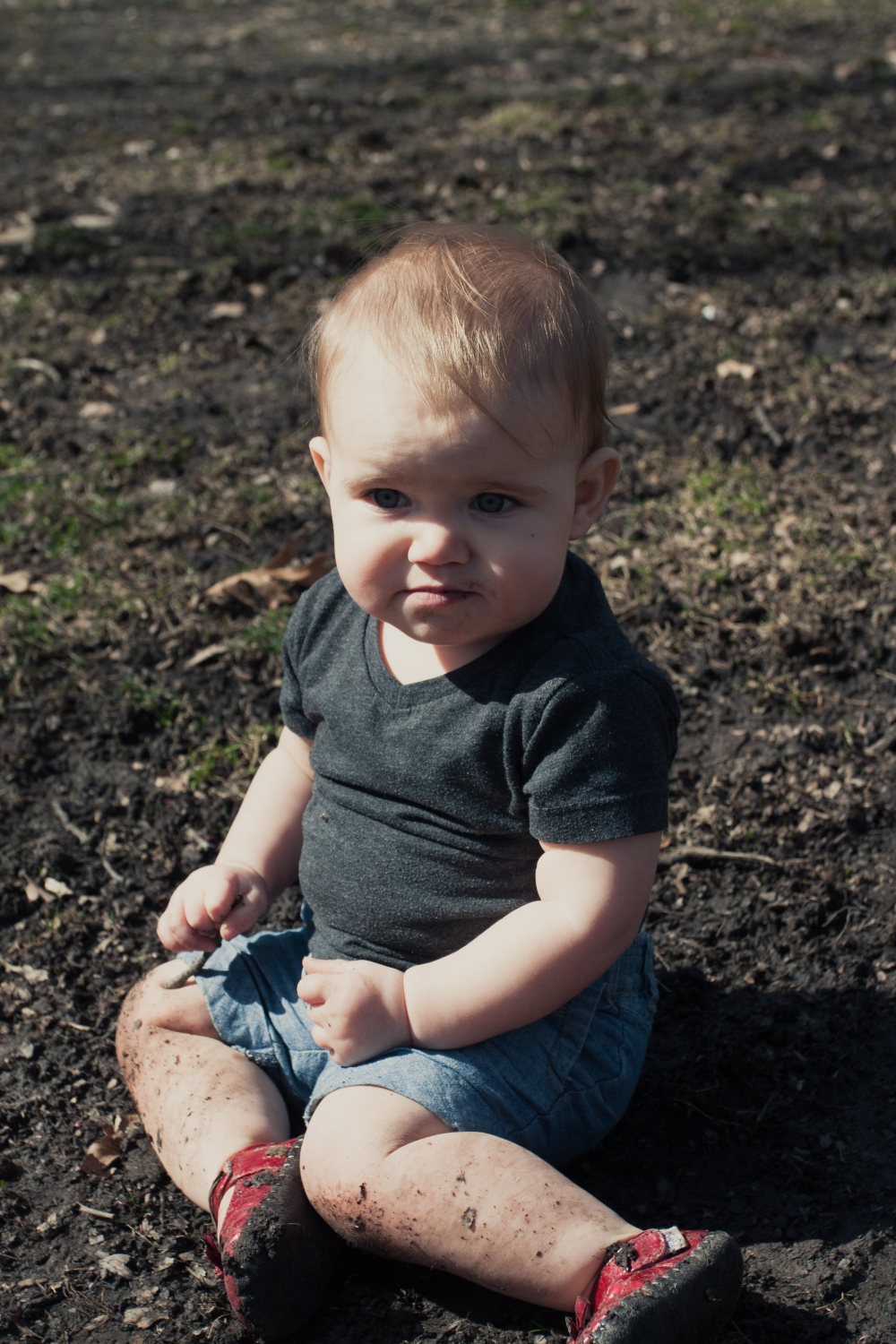 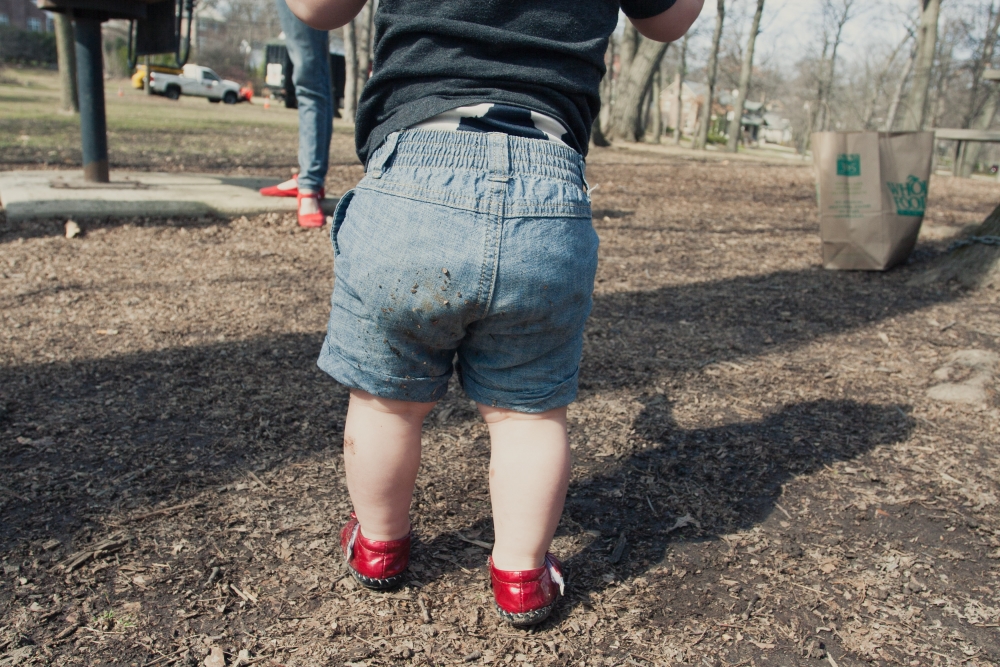 She got sufficiently covered in mud. . . a right of passage into childhood, and the ideal state of children, if you ask me. Then we headed over to the swings for the first swing of the season, which she, yet again, was skeptical of, as you can tell from her expression, and fairly quickly wanted out. . . 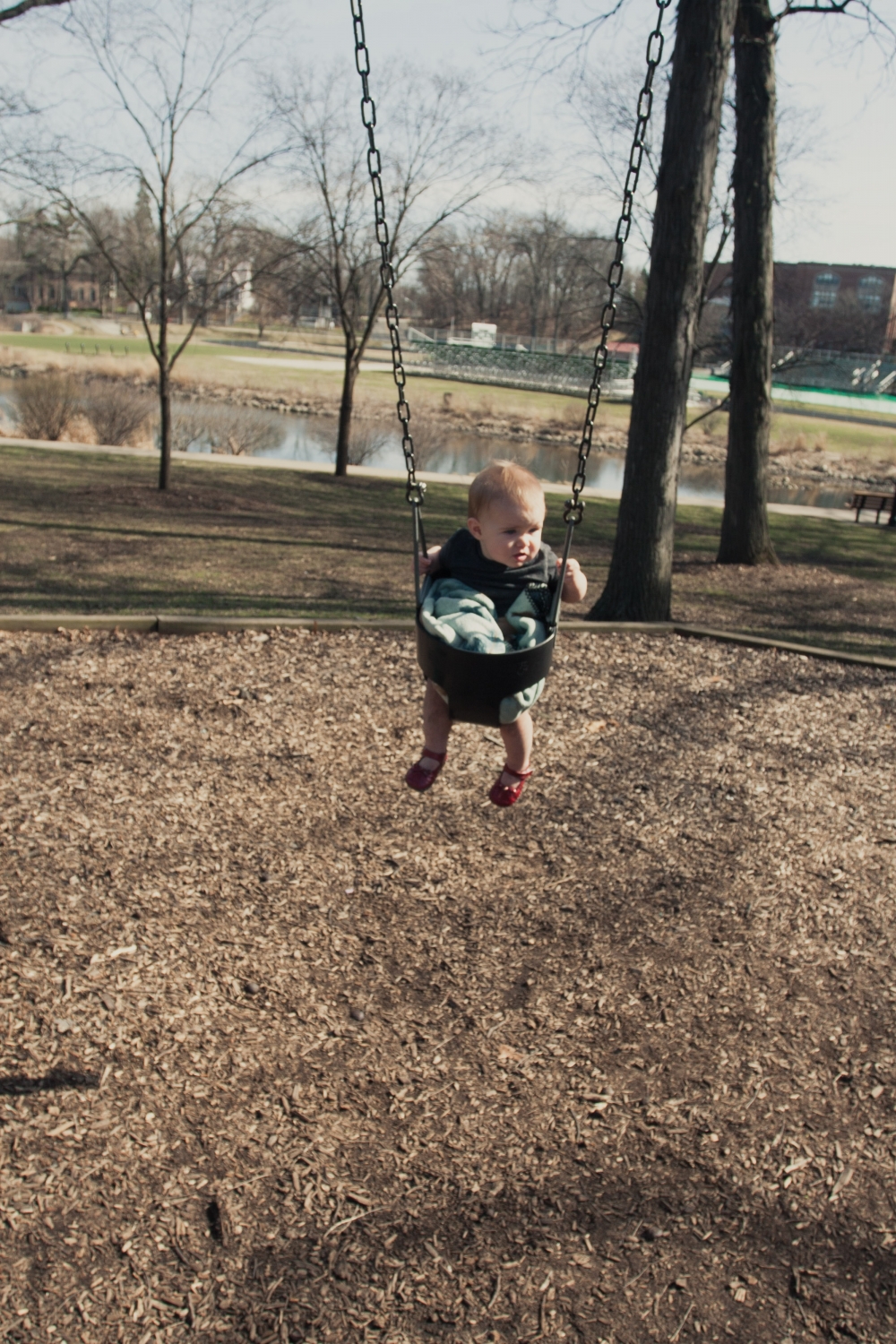 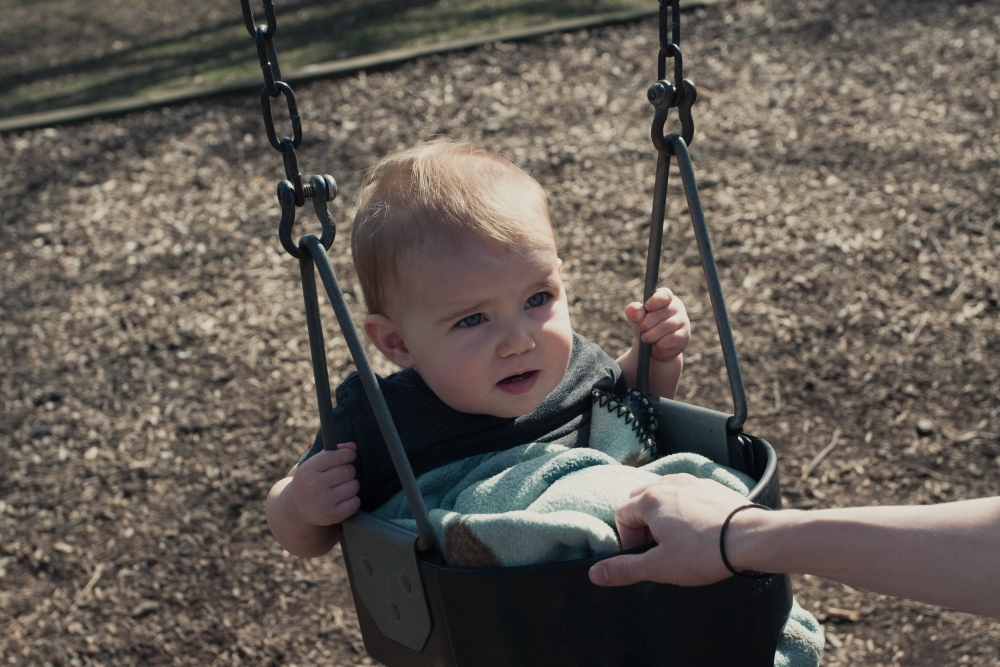 Instead she sat in the sand and intently watched the other children playing. 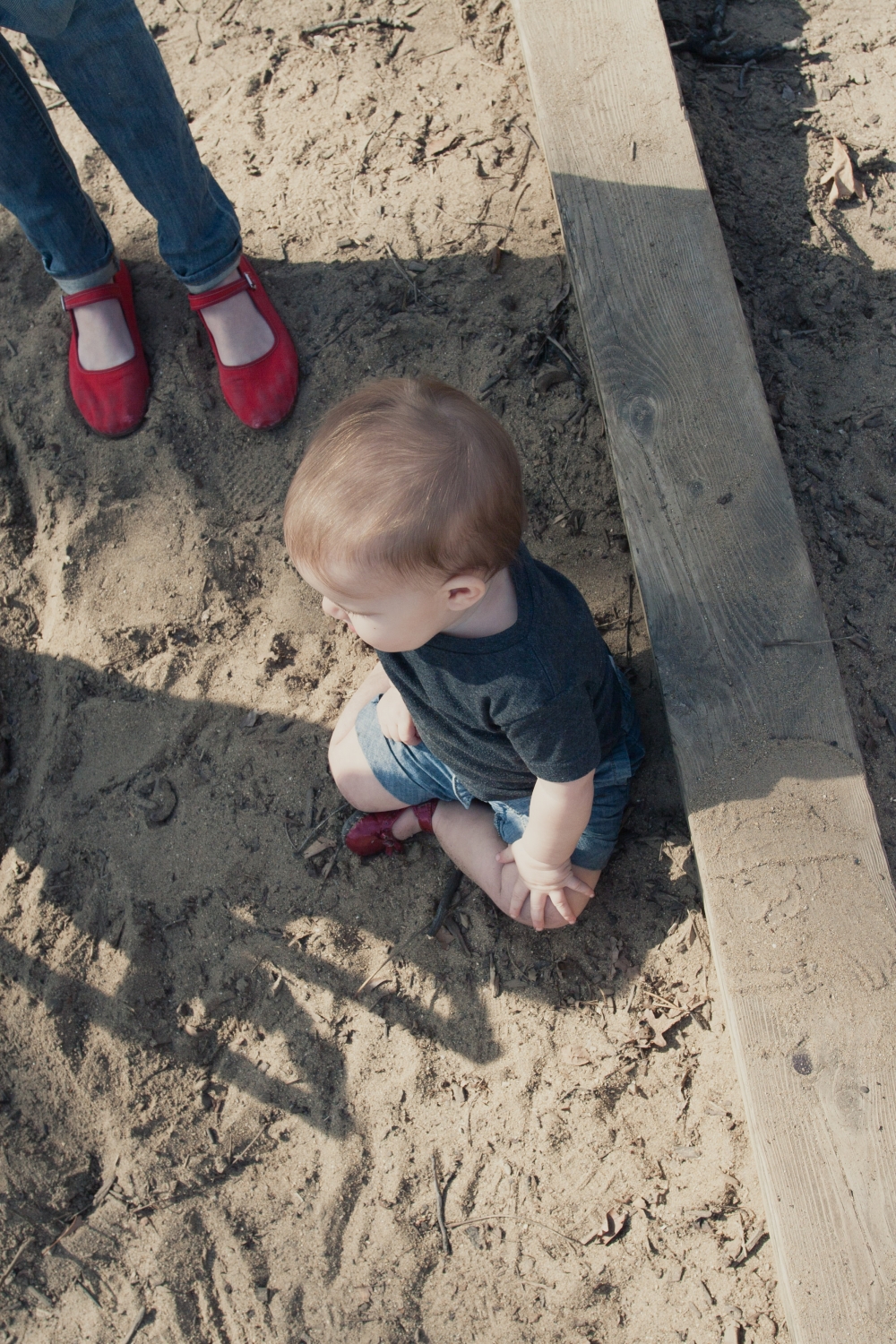 This weather has been awesome at helping me unplug a little bit (being stuck inside all day makes it super tempting to keep opening my computer, Indy has even taken to crying everytime I sit down with it and pushing it shut), and being able to experience the unfolding of spring through Indy's eyes, as though for the first time, has infused it with more meaning and magic. Reliving childhood vicariously through your children is one of the very best parts of being a parent, I think.

Anyways, what has the magical spring weather found you doing?