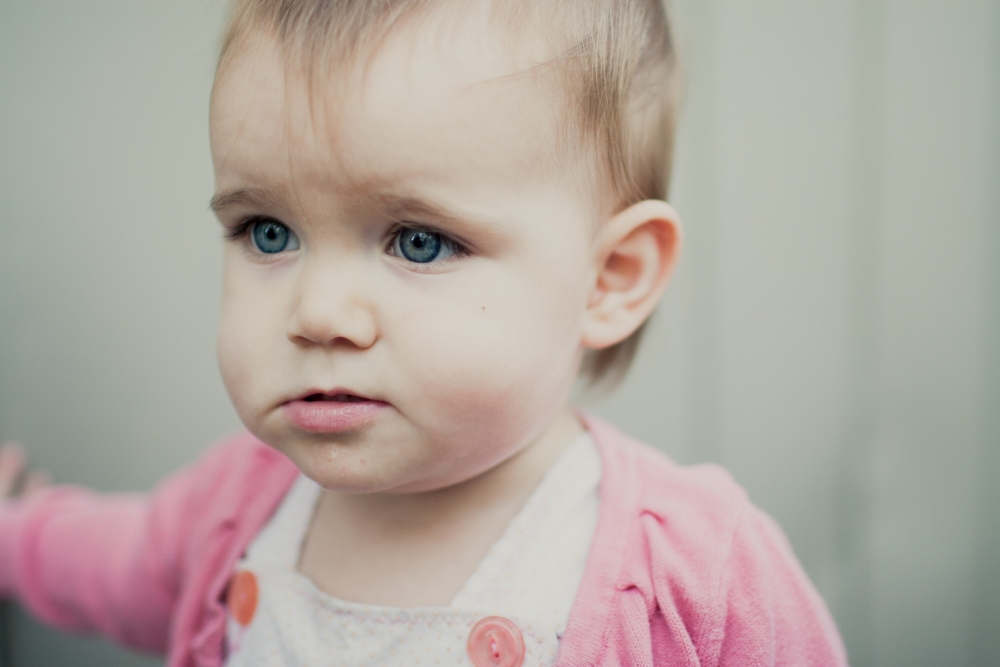 Okay, this is really just an excuse for posting a bunch of cute pictures of Indy (though I don't think I really need an excuse, because there is a baby tab up there, haha), but anyways, every Friday is Friday Fire Night at Joel and Kate's, where we chop wood, grill up delicious food, drink beer, and sit around an expertly built fire to converse and laugh. It's so fun, and such a reliable way to connect with at least a few friends on a mostly weekly basis. 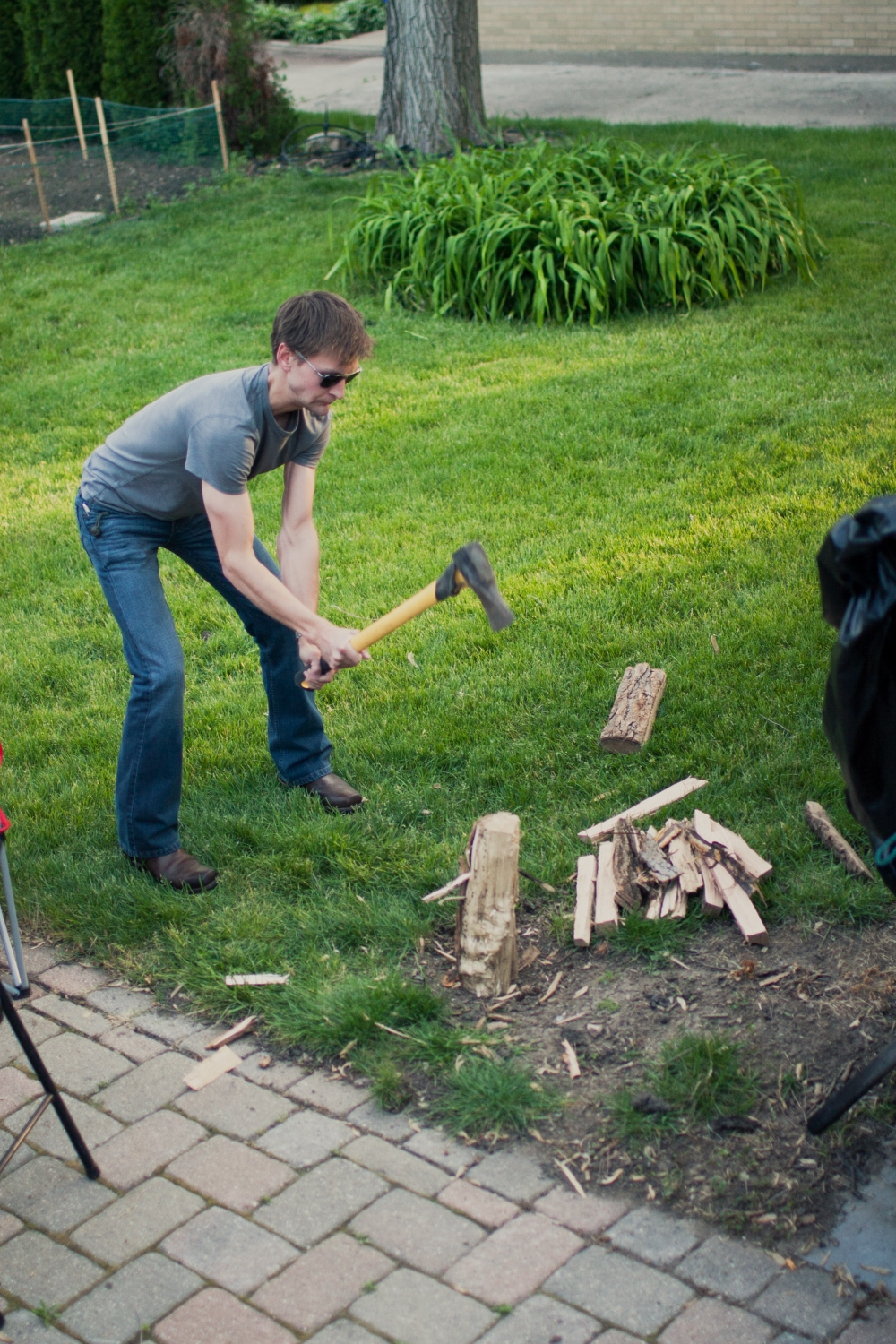 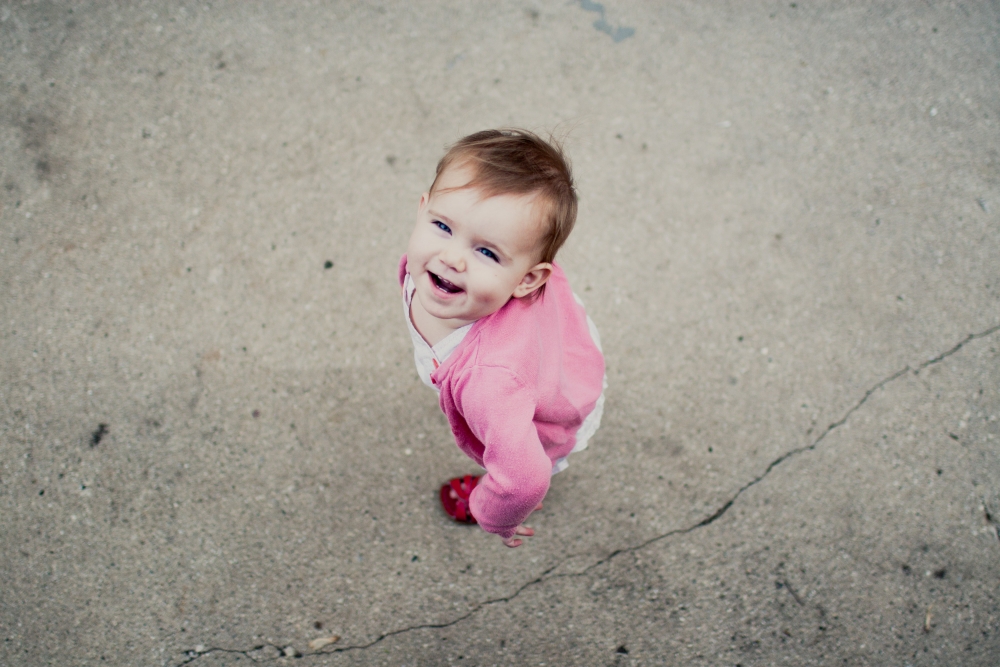 And Indy watched, apparently thinking it was the most delightful thing she had ever seen. 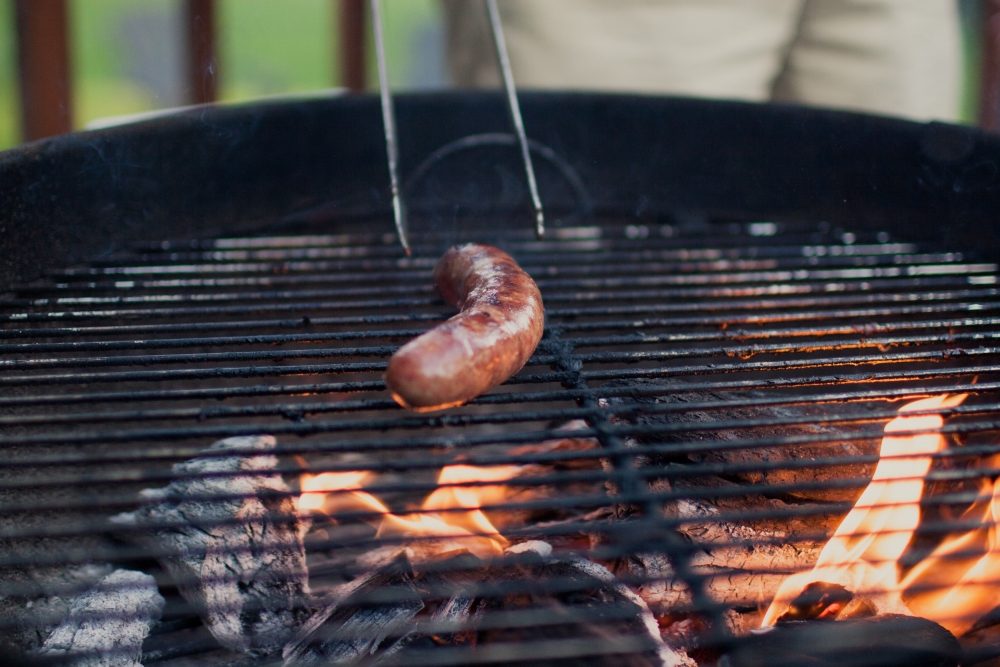 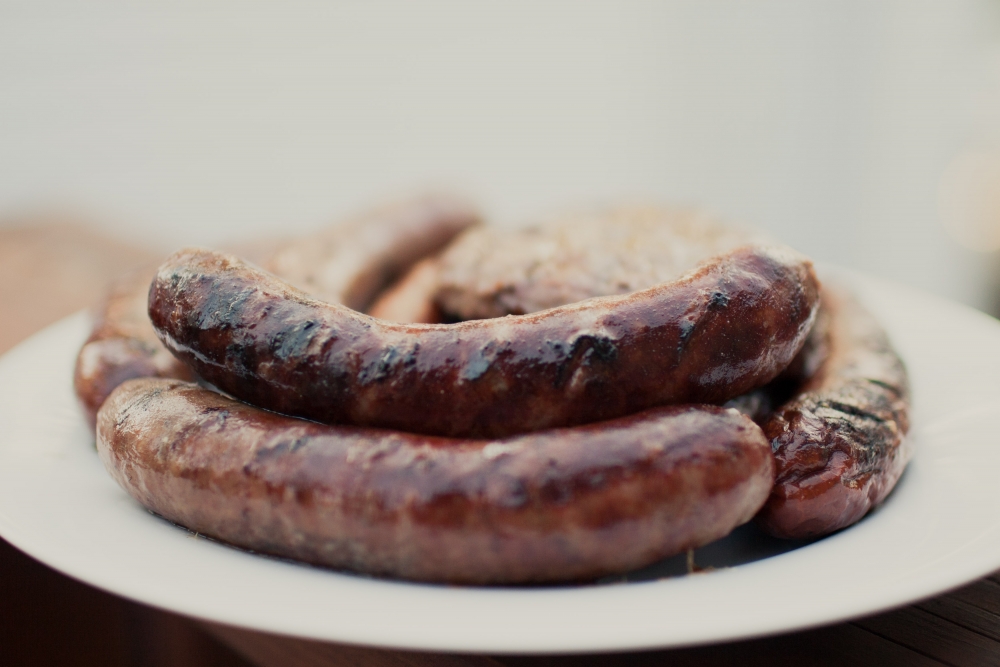 Meat plate! We've been grilling up pastured pork brats that we get through the farm club, and they are so delicious. 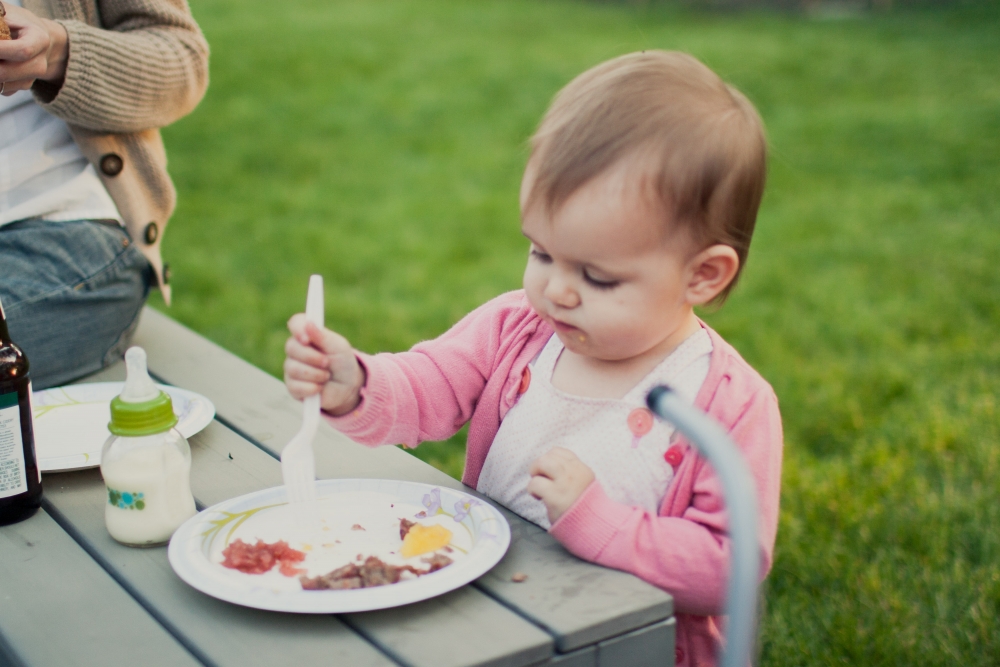 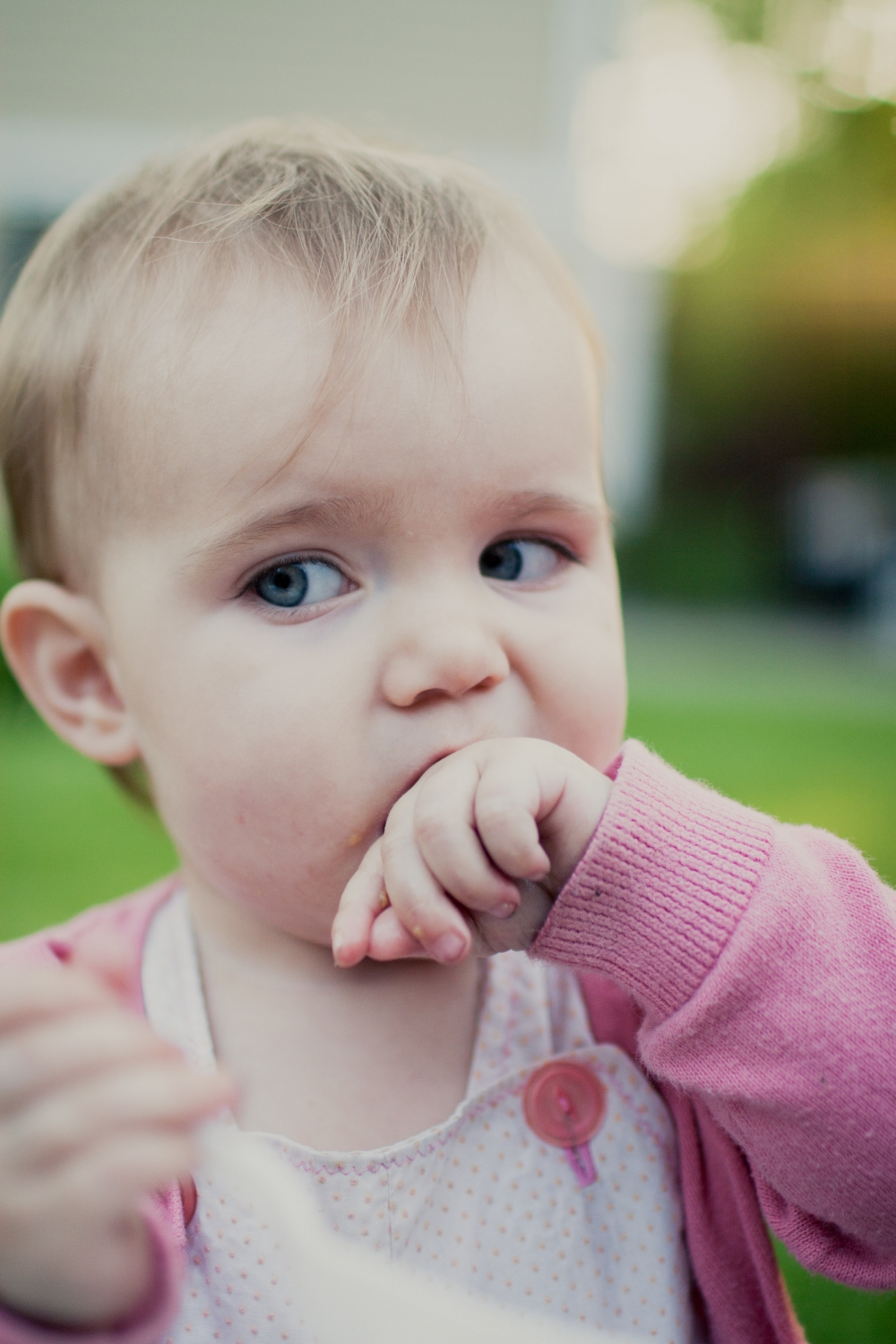 Indy thinks so too, obviously. 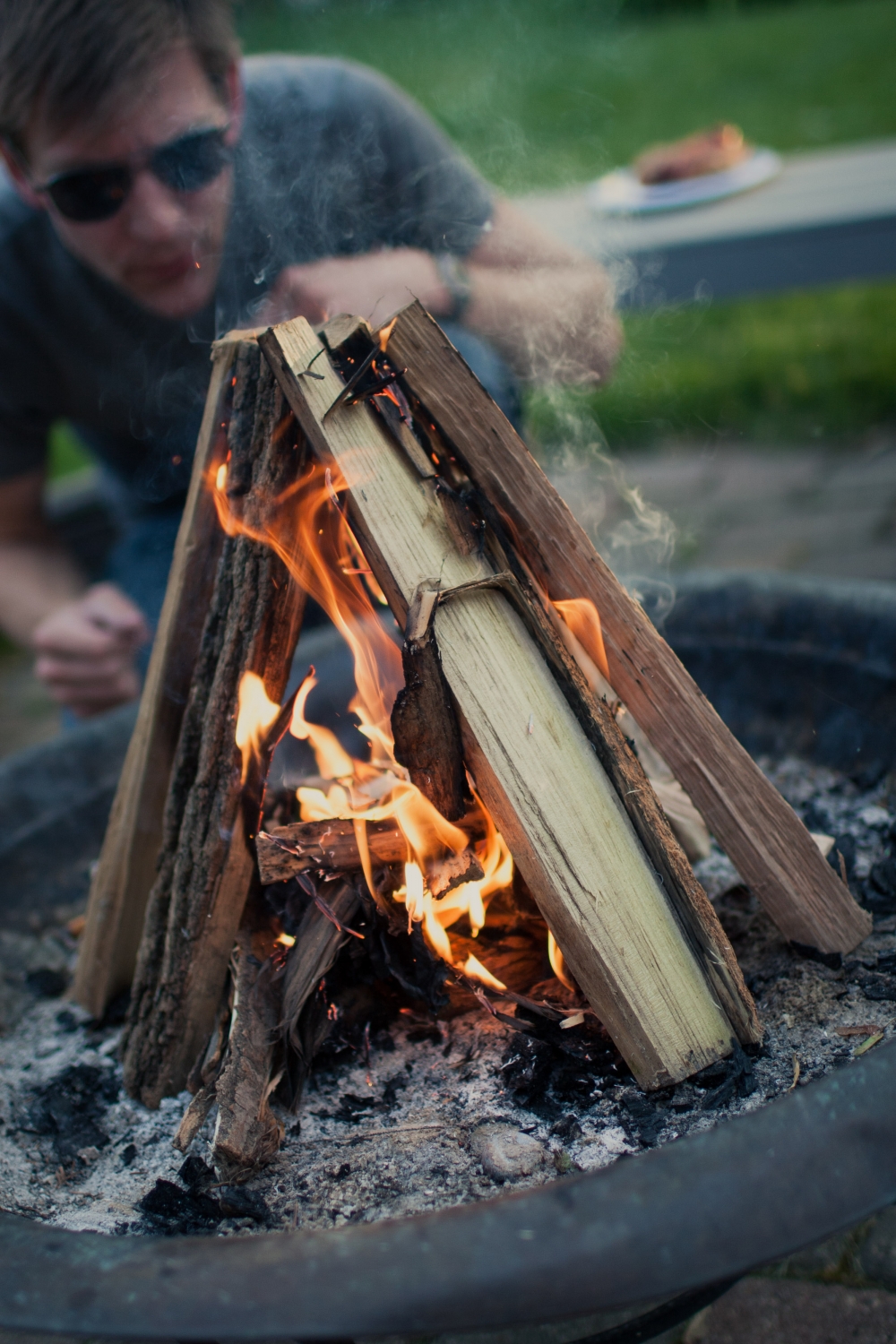 And no matter how many times I go to bed on Friday nights with hair that smells like campfire, it's still so nostalgic. 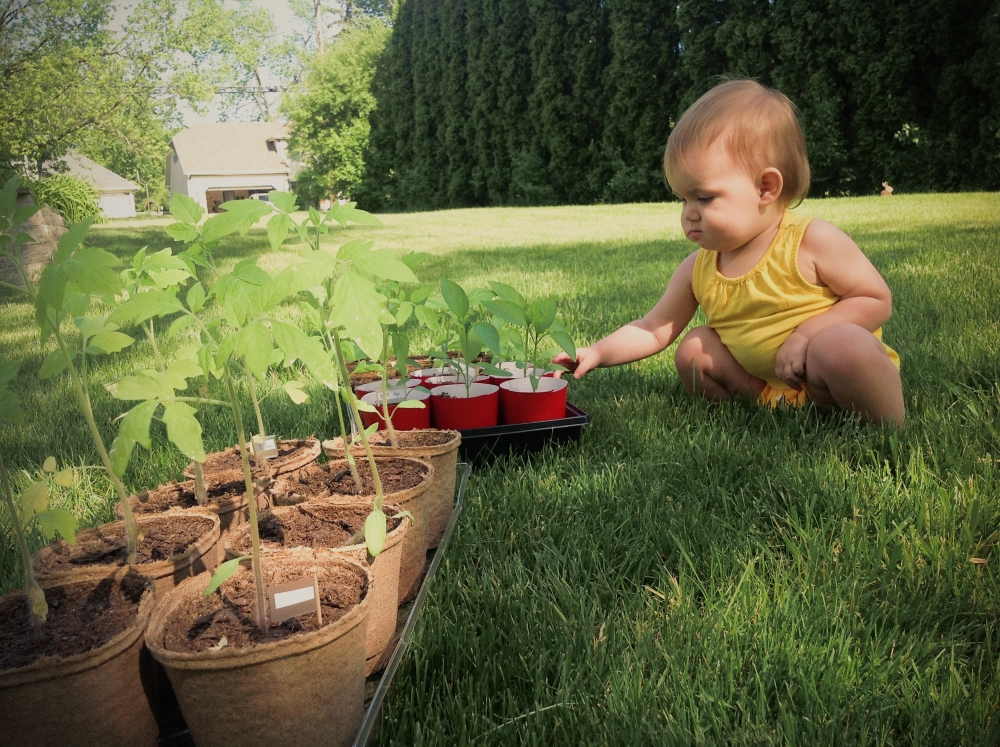 (First person to spot the mammal in the picture above [it's not Indy], wins)

It's mid-May, and high time for a garden update, I think. So far things are going really well. The broccoli  raab that started inside was super spindly, so after a few days of debate, we scrapped it (or rather, Alan ate the sprouts) and we restarted it over at Joel and Kate's (where the light is better). The second generation was still a little spindly, but much better. I repotted the broccoli, tomatoes and peppers, and everything seems to be doing well. The plants we started inside have been spending time outside to harden them off, and we hope to put everything (including the rest of the seeds) into the ground sometime at the end of this week. 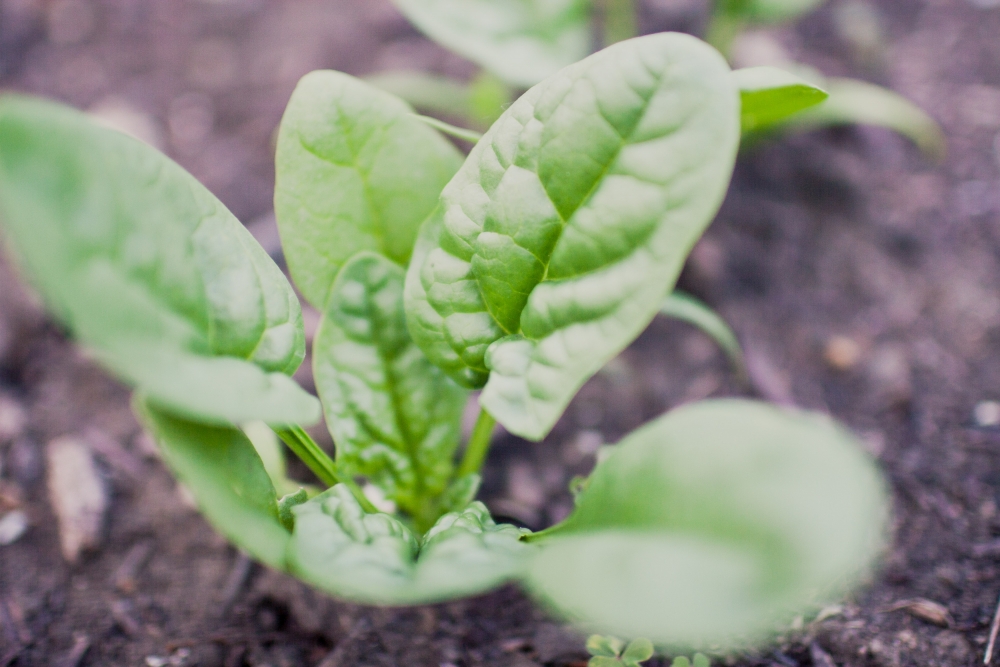 In the garden, the direct seeded plants have taken off and the spinach is almost eating size. 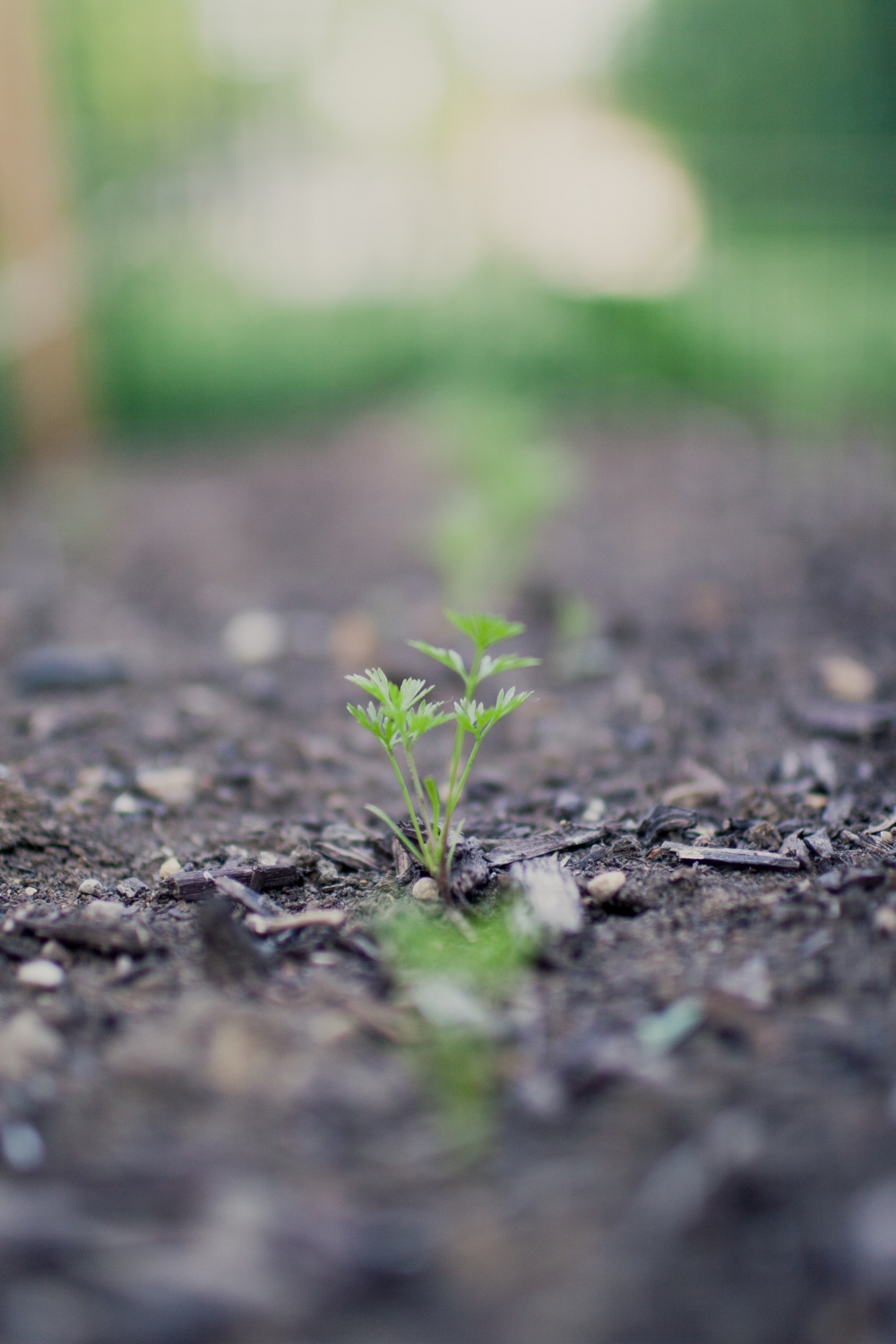 Rainbow carrots are up, and I've already thinned out the seedlings. 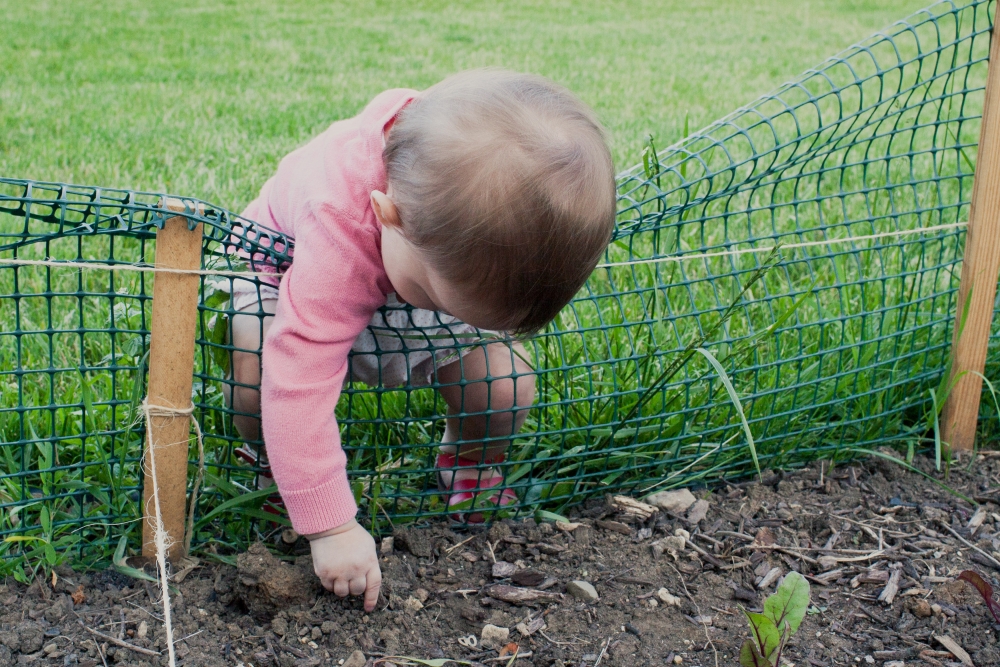 We've only encountered problems with one garden pest so far, and I'm not sure our fence will do a whole lot of good against this one. 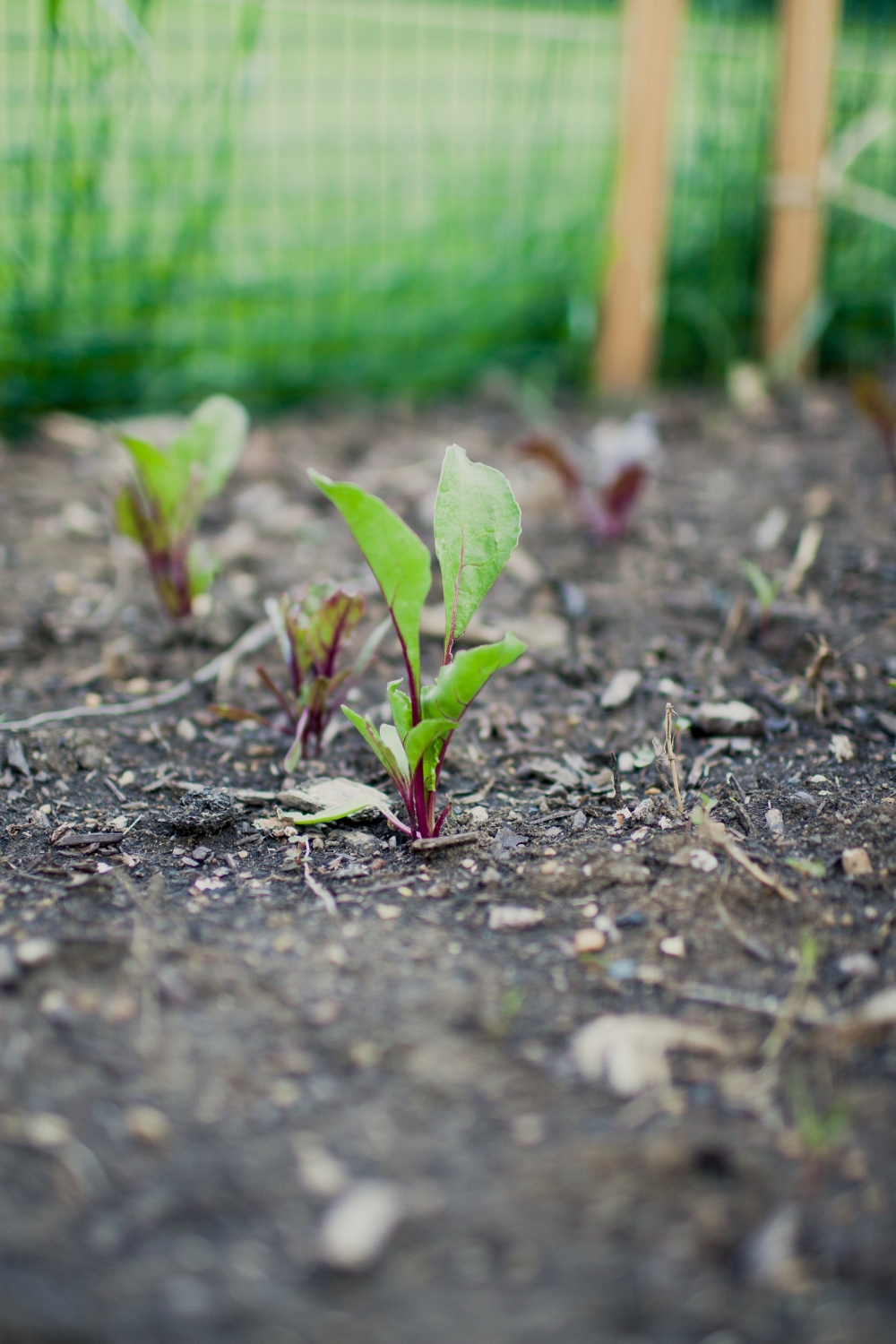 Beets are mostly doing well, but some of the beet and carrot seedlings have been flopping over. I hope they're not damping off. Time will tell, and fortunately plenty of the seedlings still seem to be doing fine. 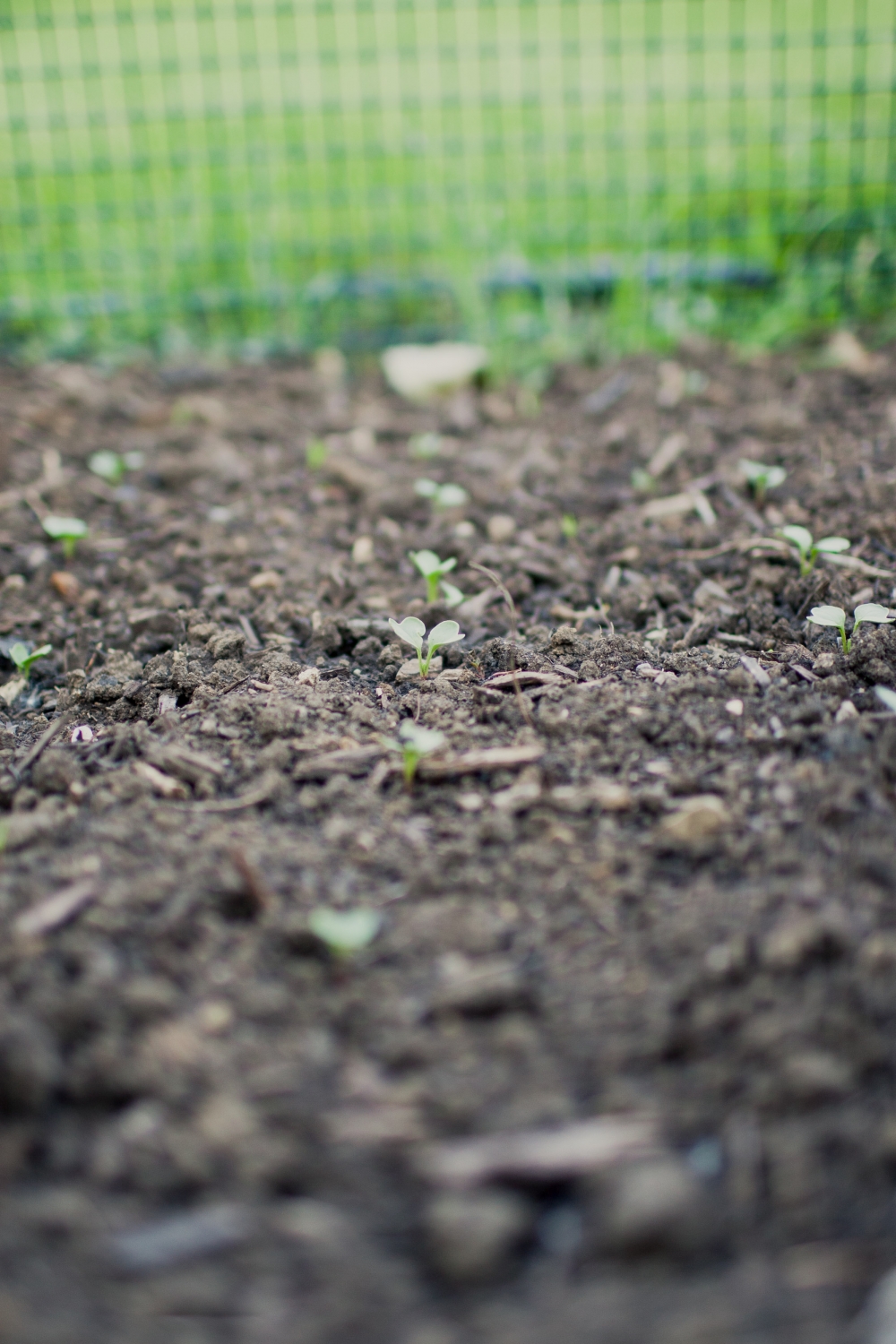 Radishes have my favorite seed leaves - like two little hearts :)