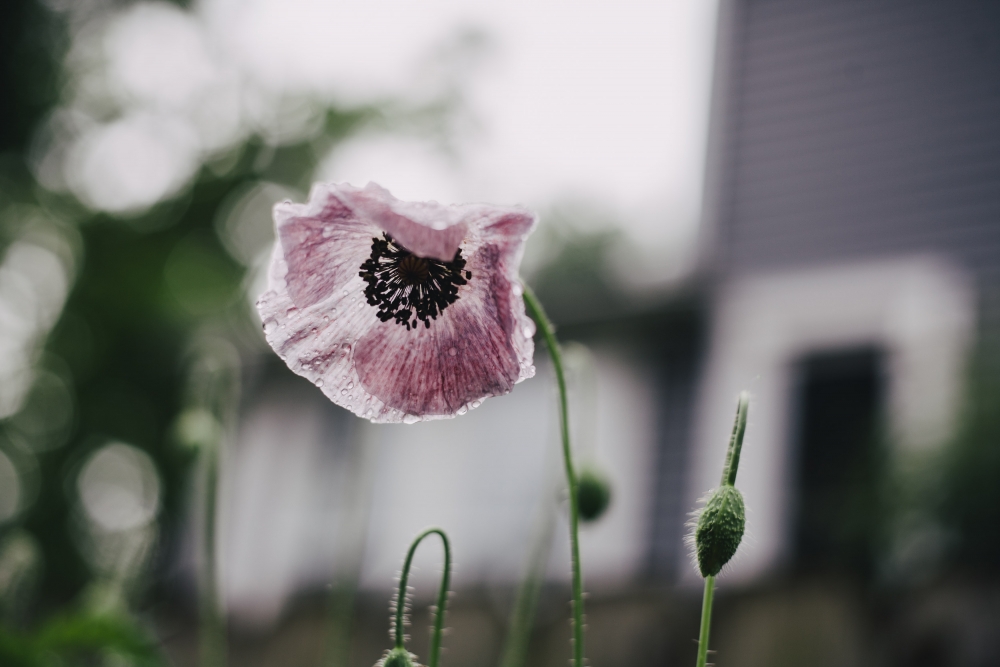 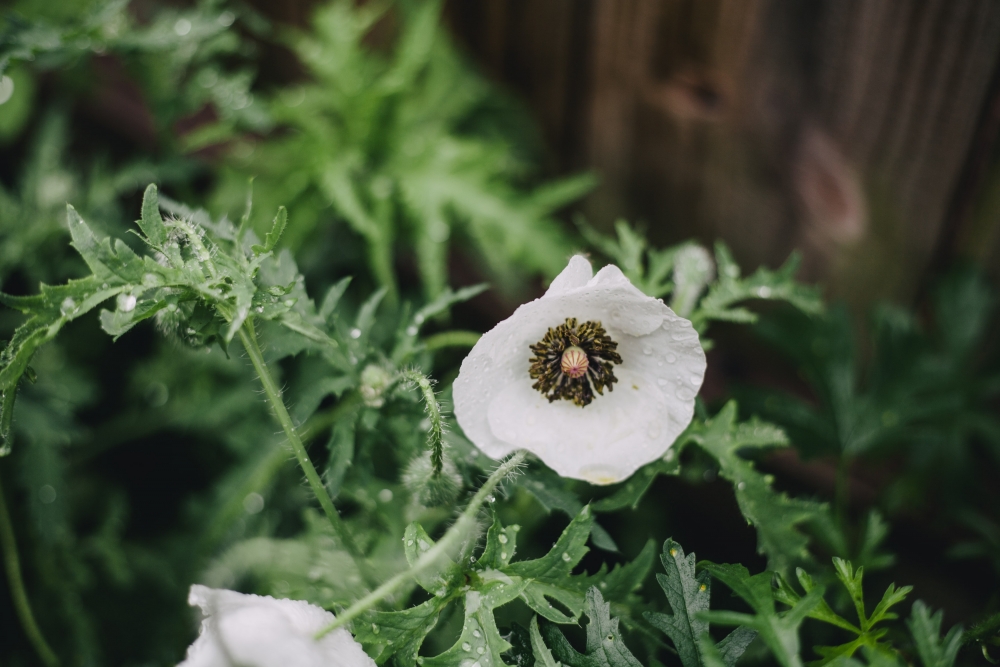 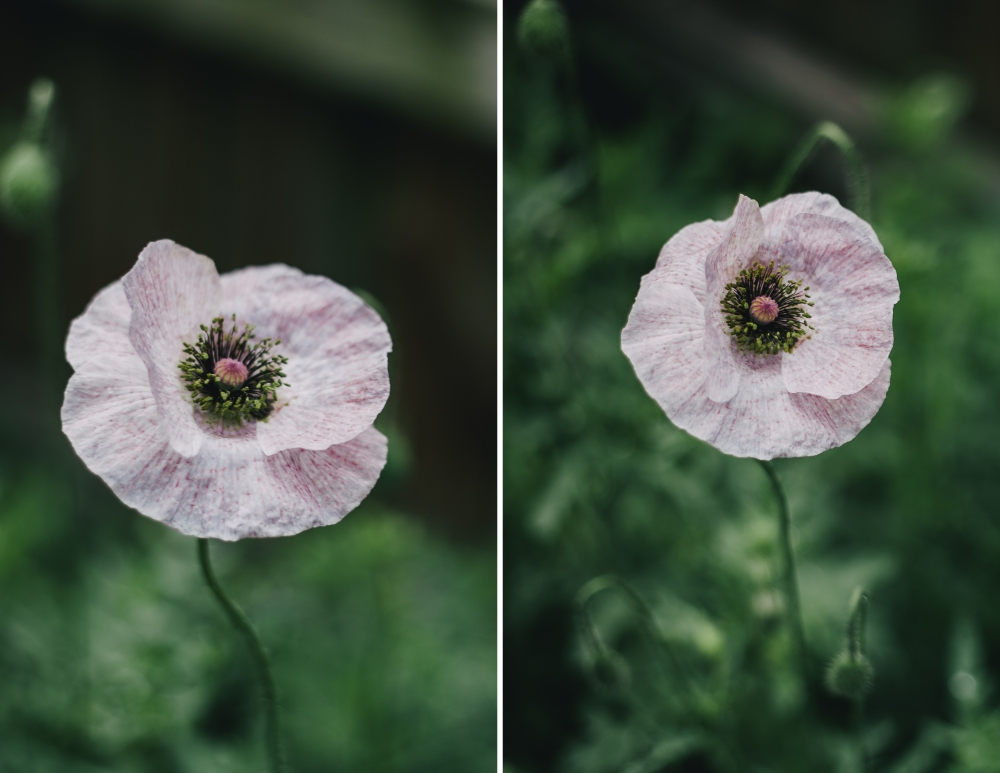 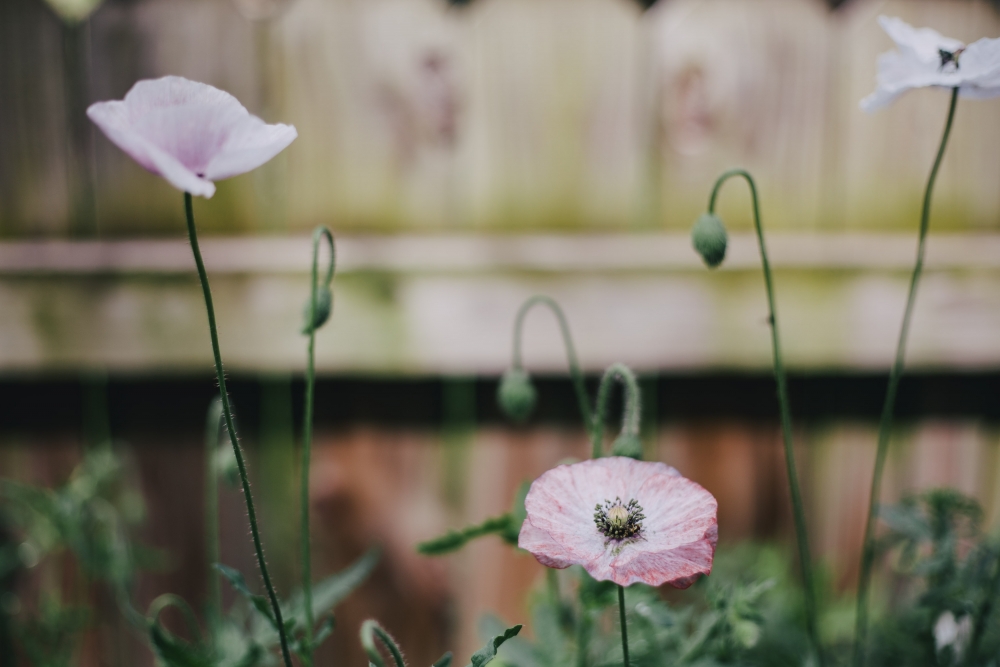 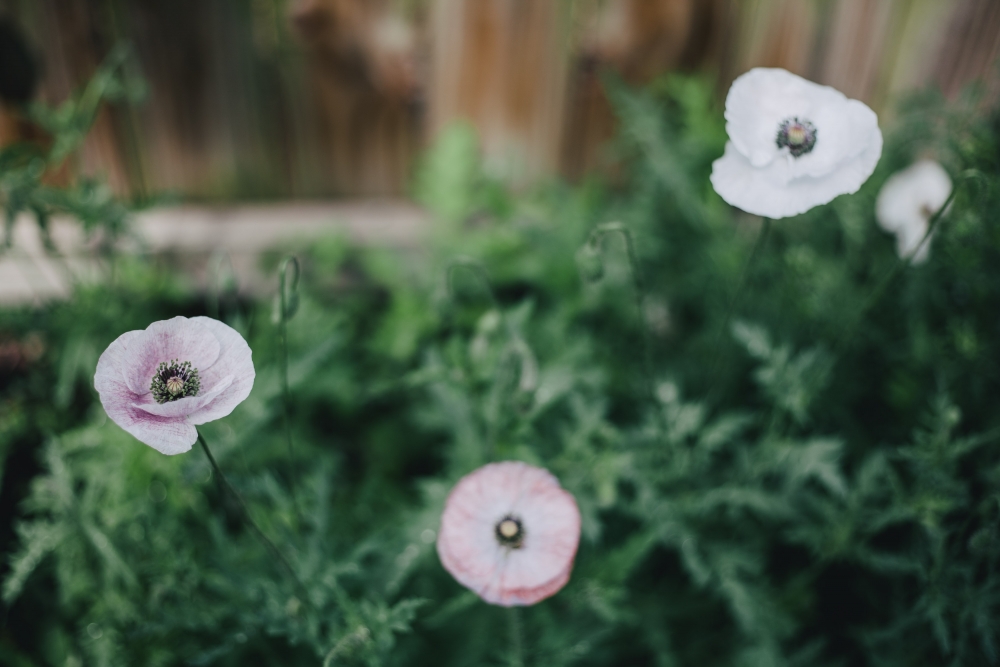 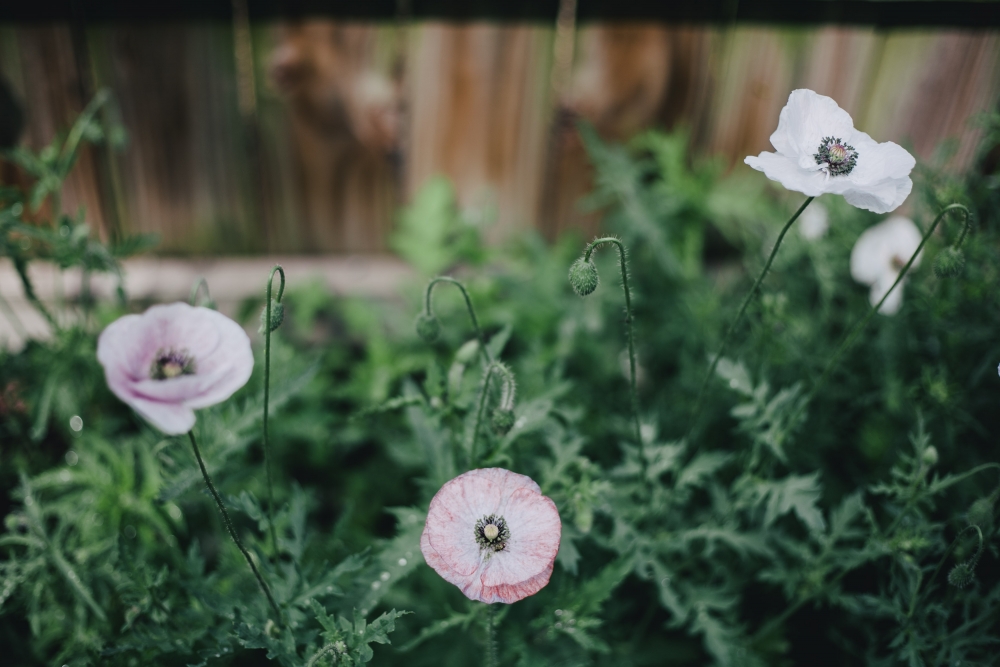 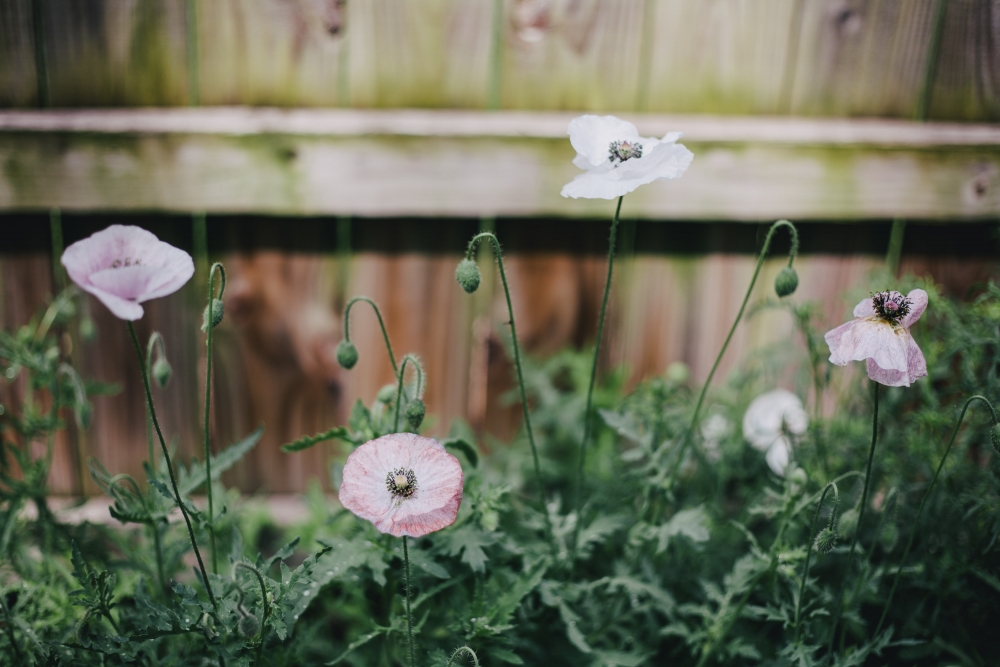 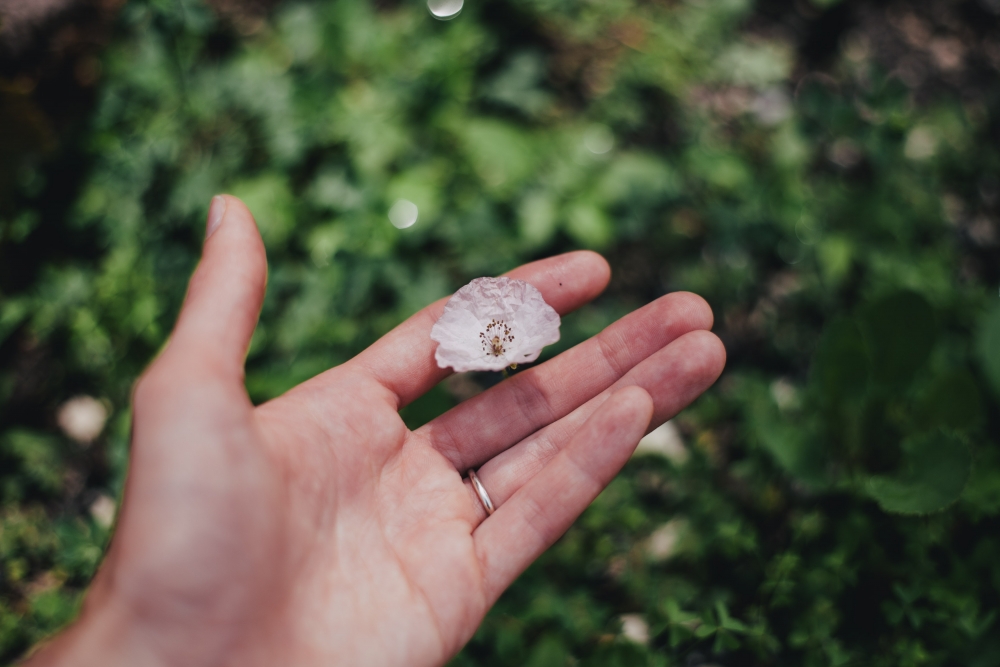 On some freezing day in the very early spring, I was out in the front garden, throwing poppy seeds everywhere as quickly as I could before running back into the warmth of the house. Later in the spring, no poppies had seemed to germinated but one, which a tiny garden helper deemed a weed and promptly pulled up, much to Mama's dismay. I was sure I would have no poppies. Then, as spring was nearing its end, the rest of the little seedlings emerged. Now at the end of June they are in full bloom. The rocky edges of the garden where they still grow but do not thrive, the tiniest little blooms can be found, some even smaller than a dime!

Oh poppies. I have had a long-time obsession. A neighbor down the street from my childhood home always had (and still does have) beautiful orange poppies blooming along the side of their house every spring. While we were dating and engaged, Alan brought me flowers every single Tuesday. Among those bouquets were ones of paper and silk poppies, both of which I still have (and always will). I maintain such positive associations with those wiry stems and fleeting, papery petals. Anyways, I just popped in to share some of the beauty with you. I have much to do today, including a pile of clean laundry on the bed in the guest room of embarrassing proportions and in dire need of attention. I'll be back soon! 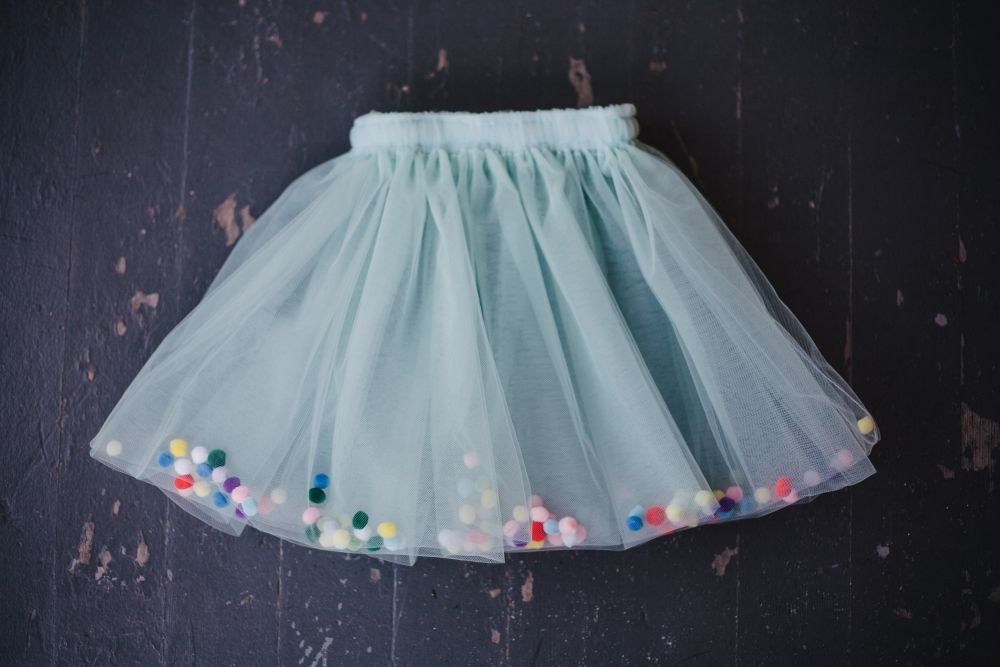 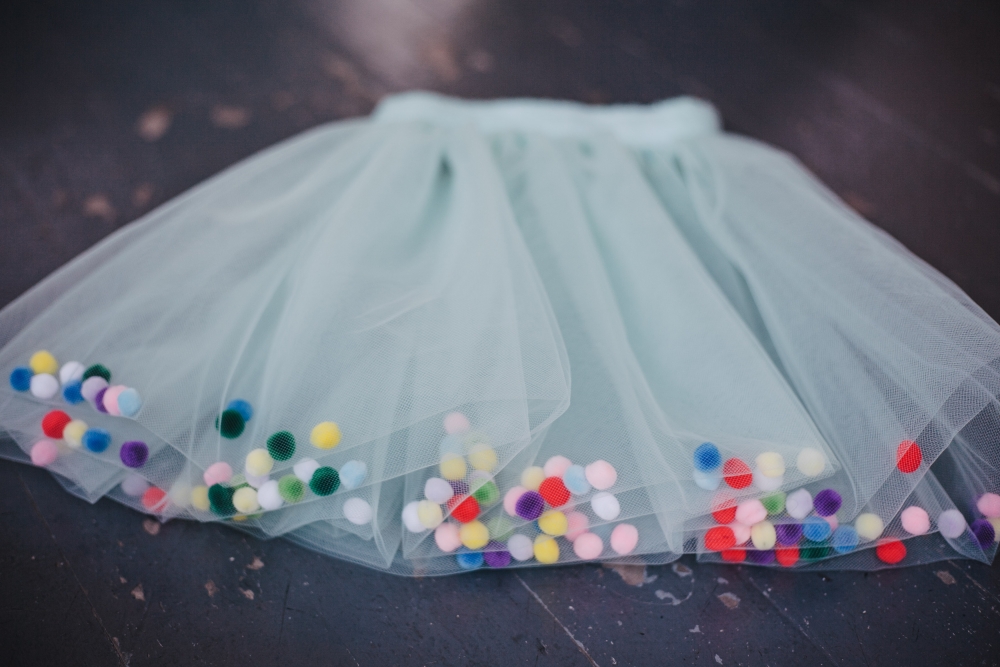 My niece Ava had a birthday in May, and I made her a pom-pom tutu for her present (I made Indy a matching one too, though it is currently out of commission thanks to a couple of tears from one of my old childhood swings at Nana and Papa's house). I originally found this idea on pinterest (here), but the tutorial is not in English, and I like my way of doing it better :) I apologize ahead of time for the sort of unclear how-to pictures. Tulle is a hard fabric to photograph! I'll do my best to make up for it in the explanations. If you want to make this and feel unclear about anything, just shoot me an email. 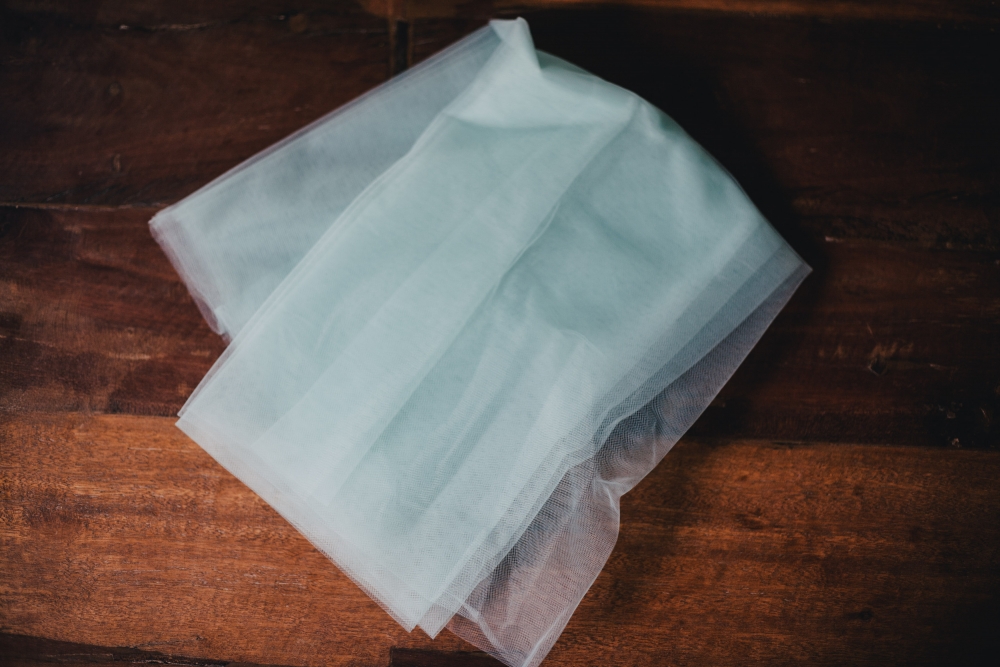 You'll need about 1.5 - 2 yards of tulle (more if you want a fuller skirt or one with more layers). Lay the tulle out length-wise and cut it in half horizontally. These two pieces will become the two layers of your skirt. 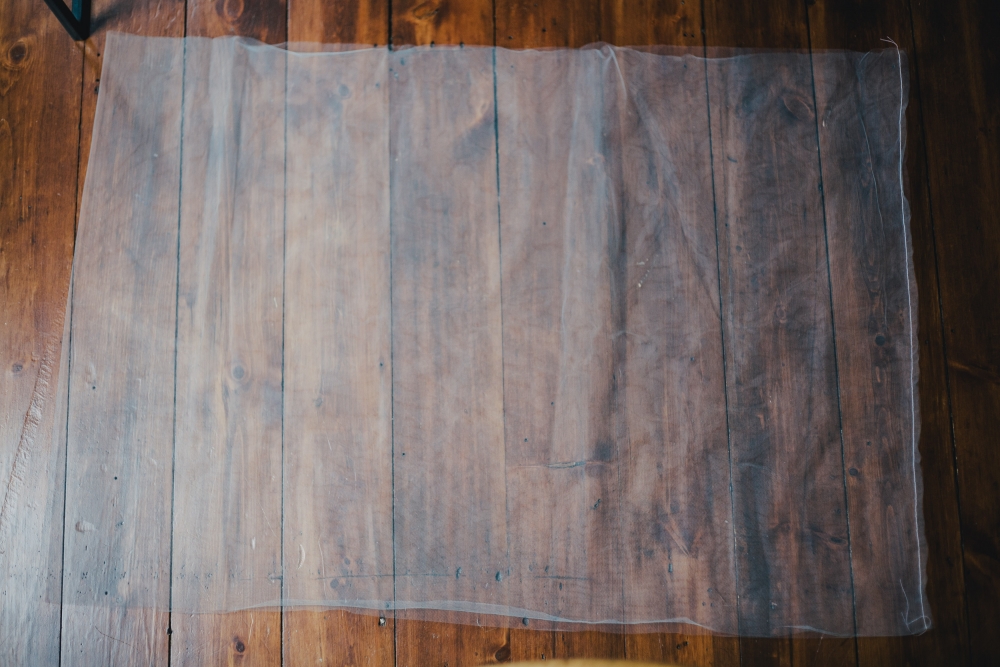 Fold each piece in half separately from left to right, and make a tube be sewing a seam along one side (you can see me seam above, on the right {I'm just going to leave that typo, 'cause it makes me sound like a pirate}). 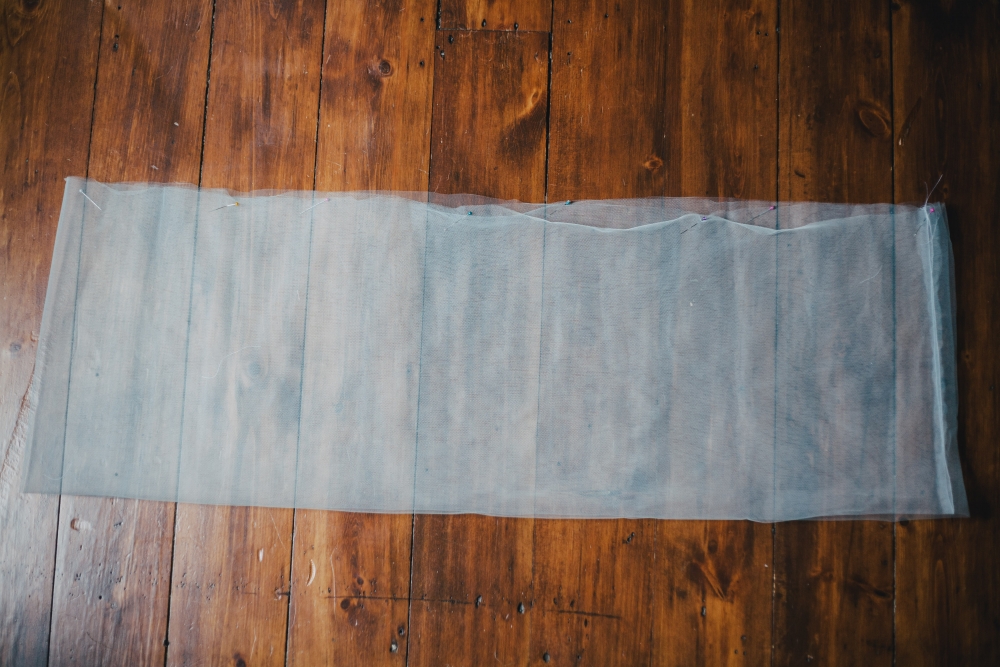 Then, using the same sort of motion as when you fold down the ankle while wearing socks, you're going to fold that tube in half, trapping your seam inside, and creating the space where the pom-poms will live. 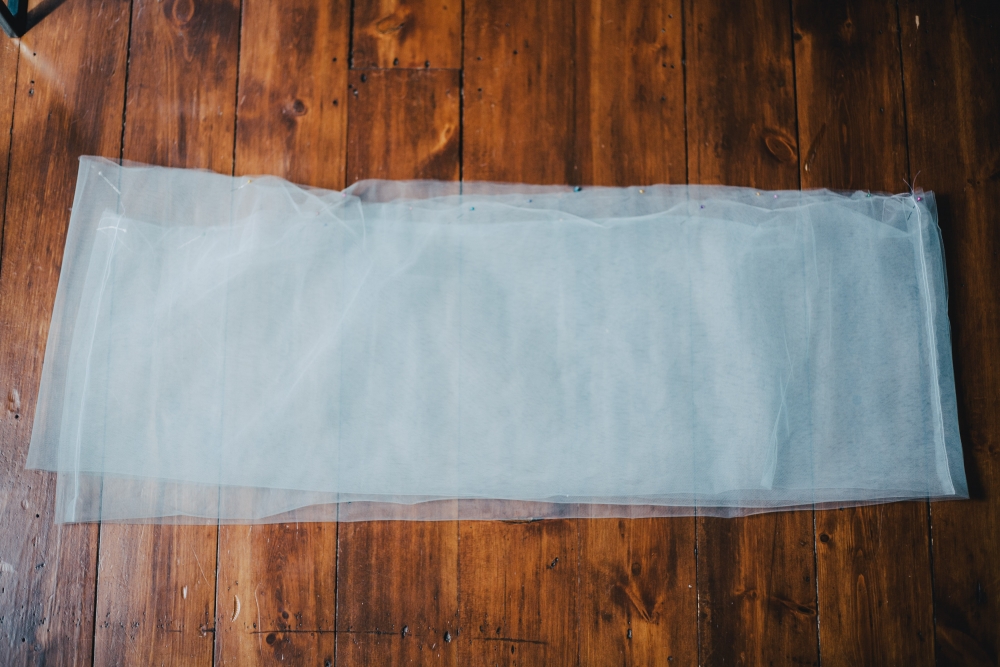 Once you've done this to each of your pieces separately, you're going to place one tube inside the other. If you've done it correctly, you will have two separate pockets (like in the photo above), NOT one double layer pocket. I alternated the seams so that there was one on each side. Line up the 4 layers of tulle at the top and go around in a circle pinning them to keep them that way. At this point, you can put your pom-poms in, half of the amount inside each layer. 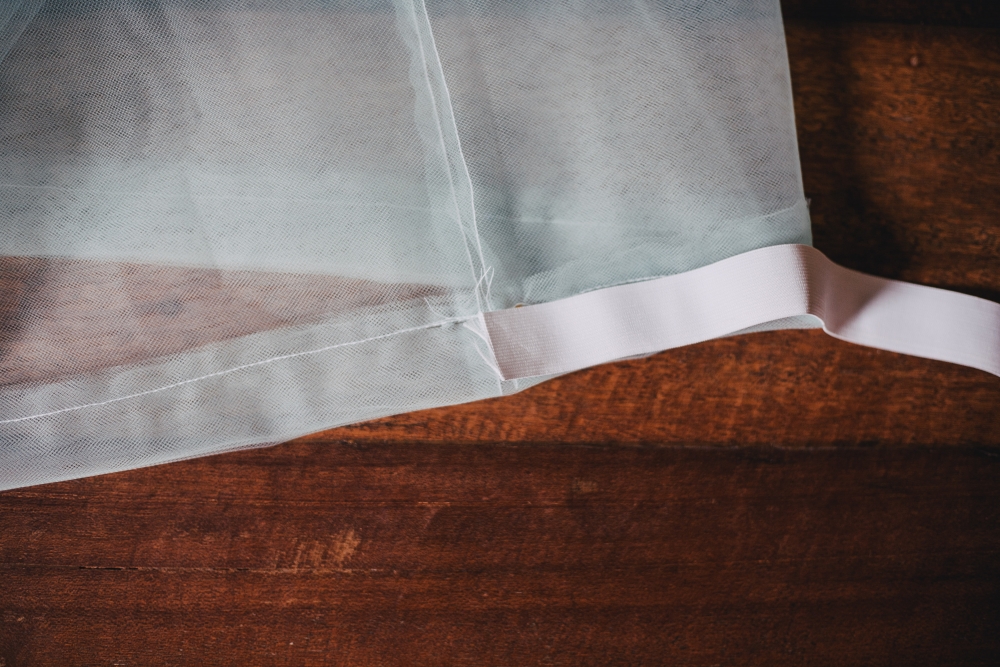 Measure your elastic around your wearers waste for length, then fold the top of your skirt over, and sew a space slightly wider than your elastic, leaving a couple of inches open so that you can thread it through (I recommend attaching a safety-pin for ease). Then, pull the two ends of your elastic out a little, lay one end over the other and sew a sturdy seam. Push it back inside, close up the opening, evenly space the ruching on the elastic, and I recommend sewing a couple of straight lines (while holding your elastic stretched out) to prevent bunching of the tulle and folding of the elastic. Easy peasy! 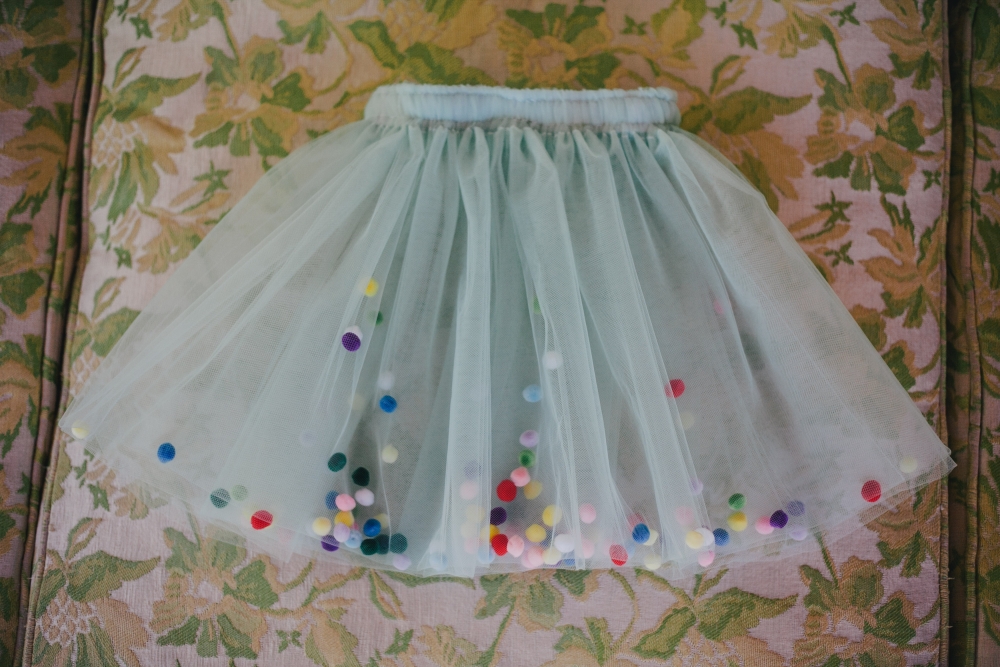 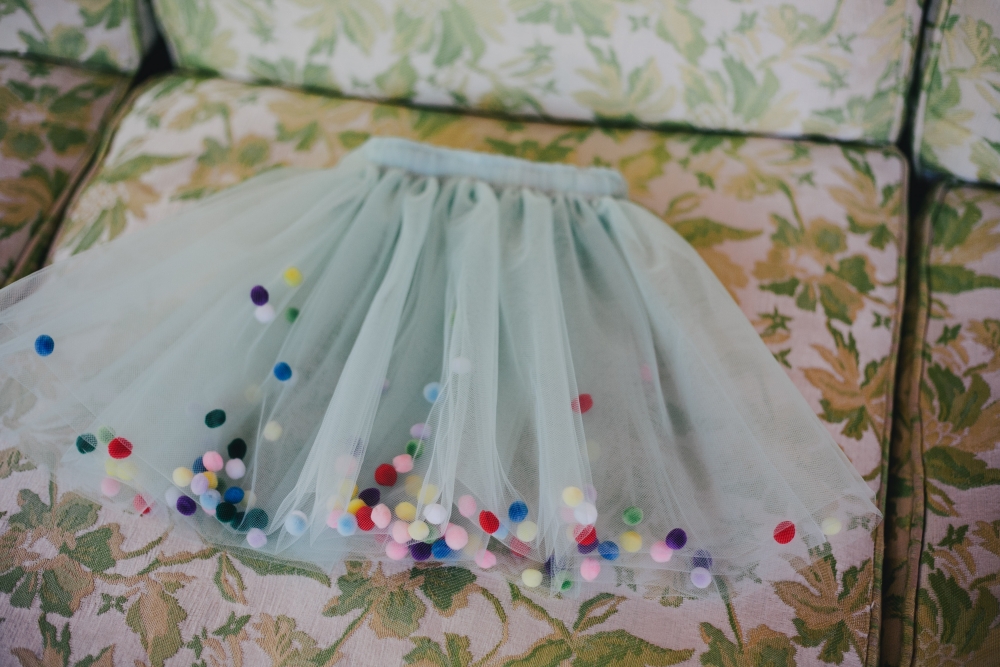 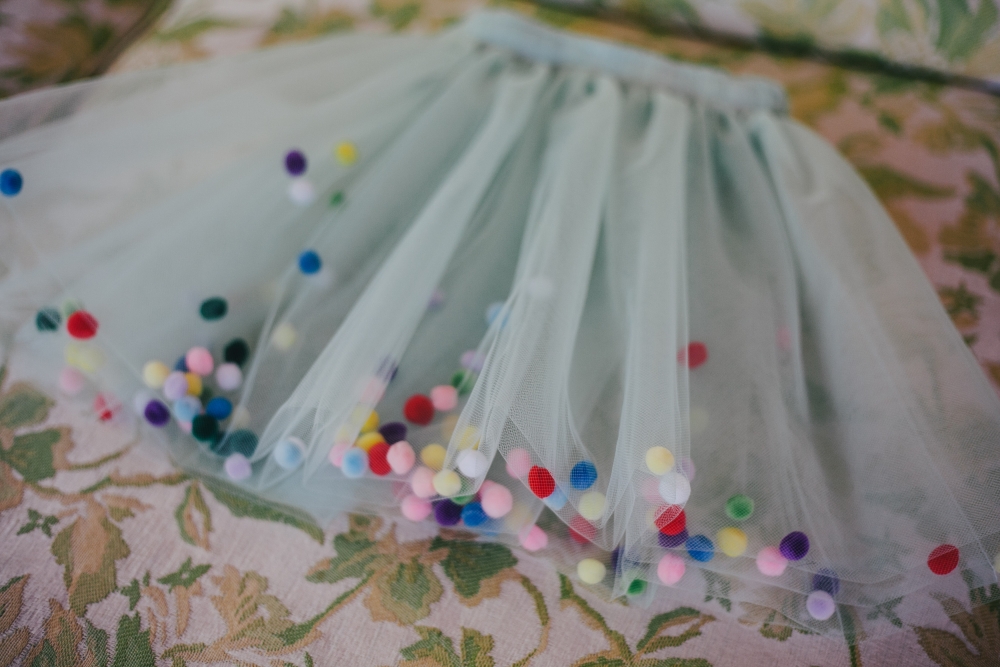 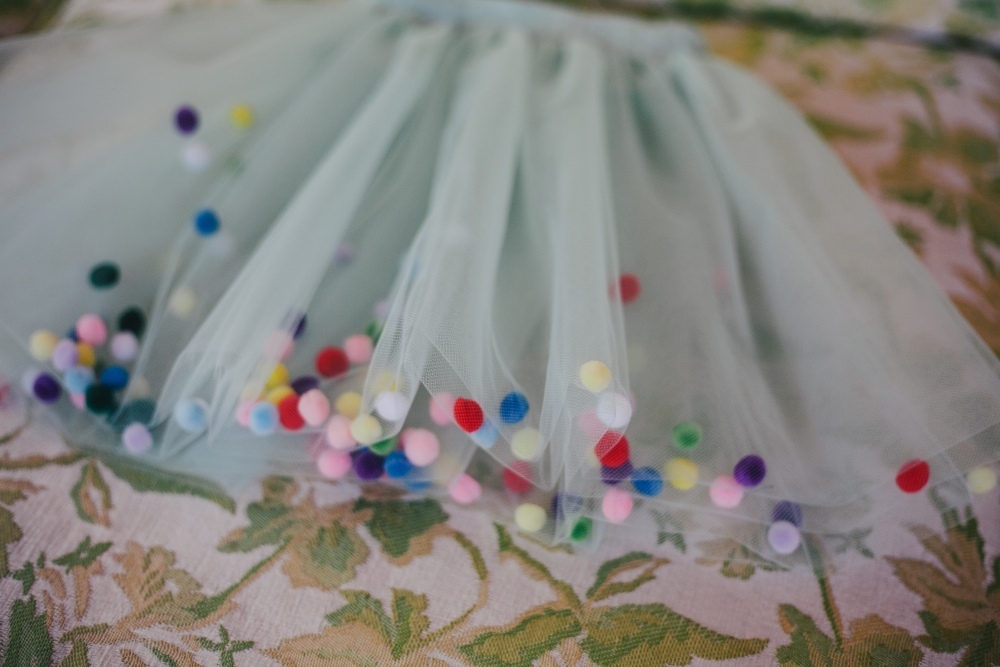