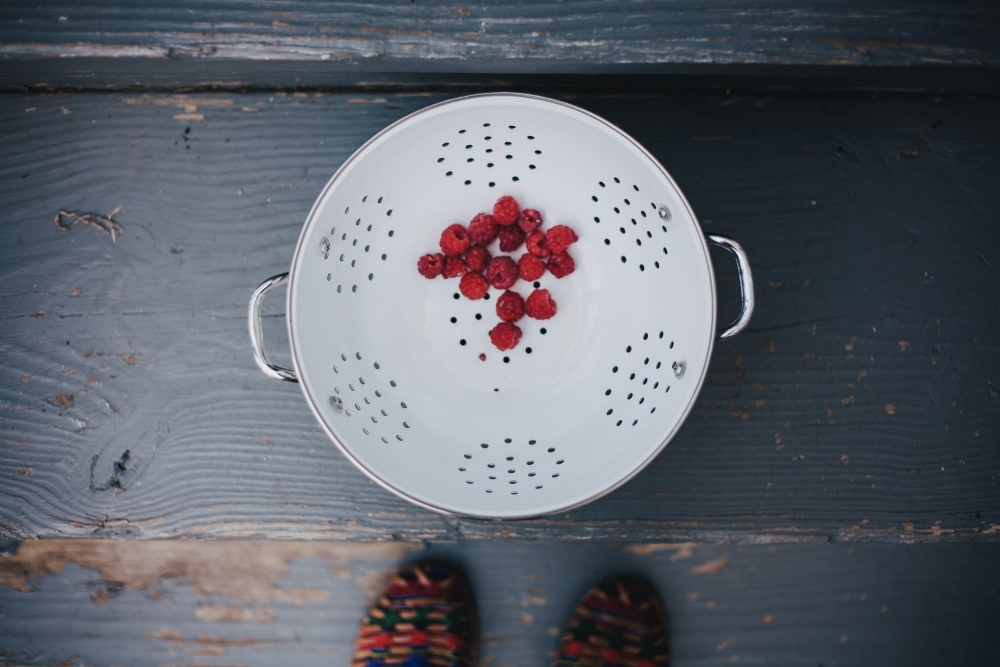 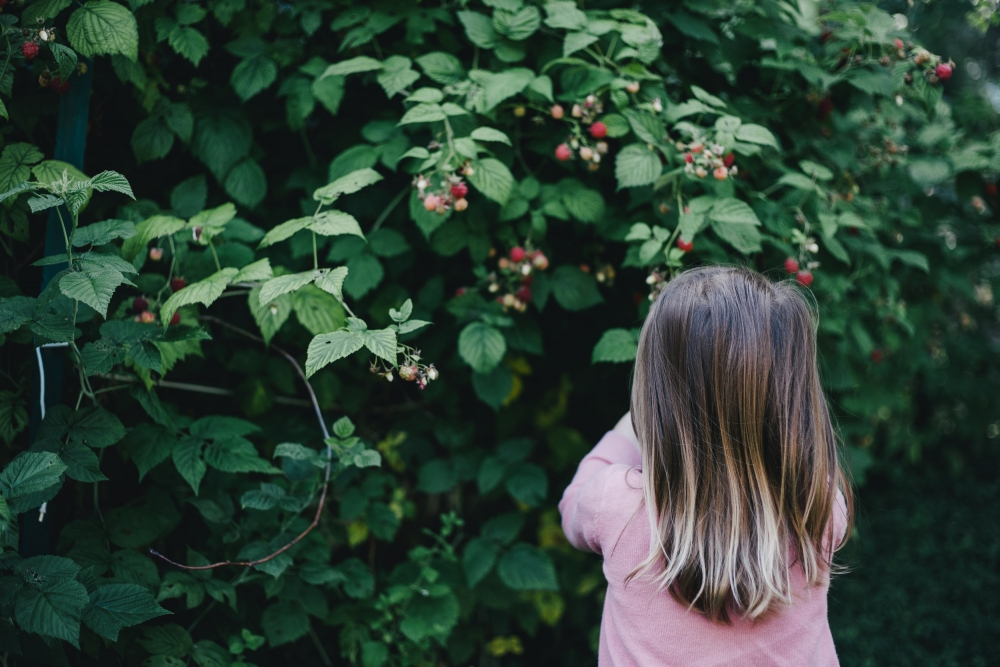 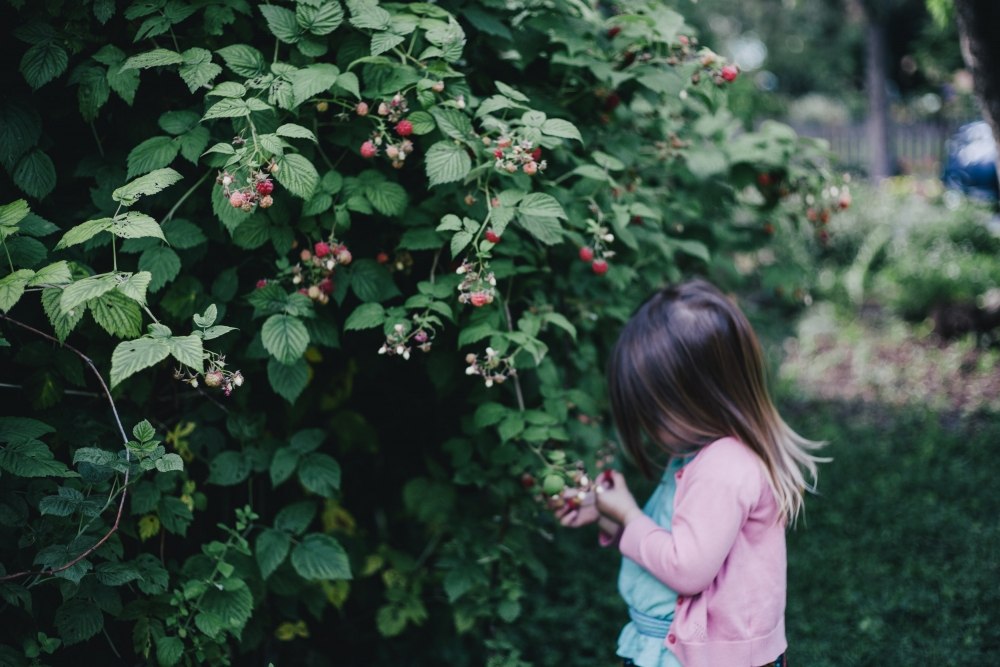 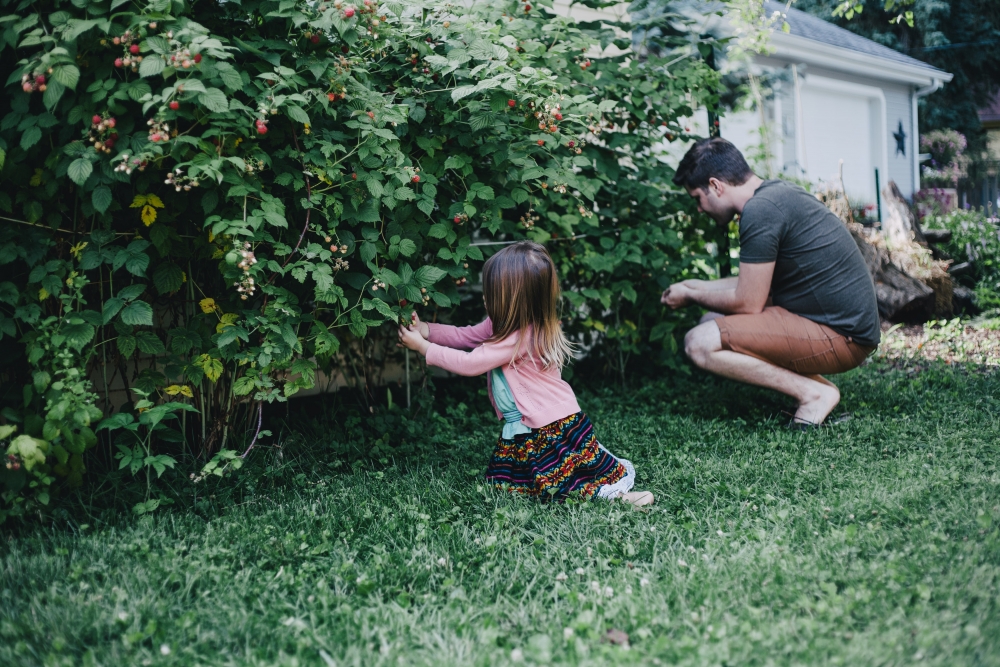 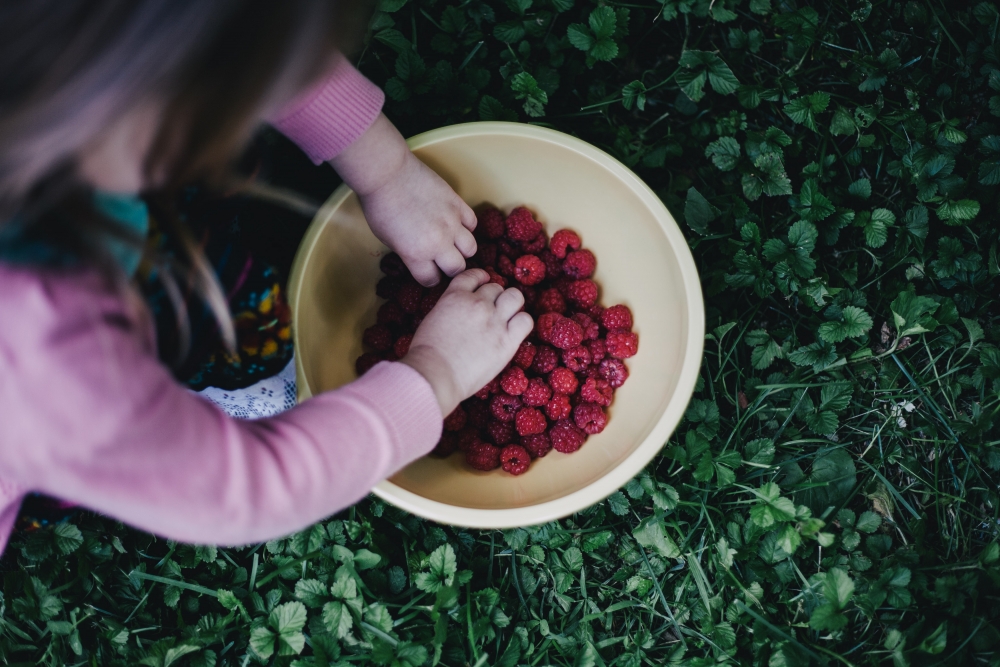 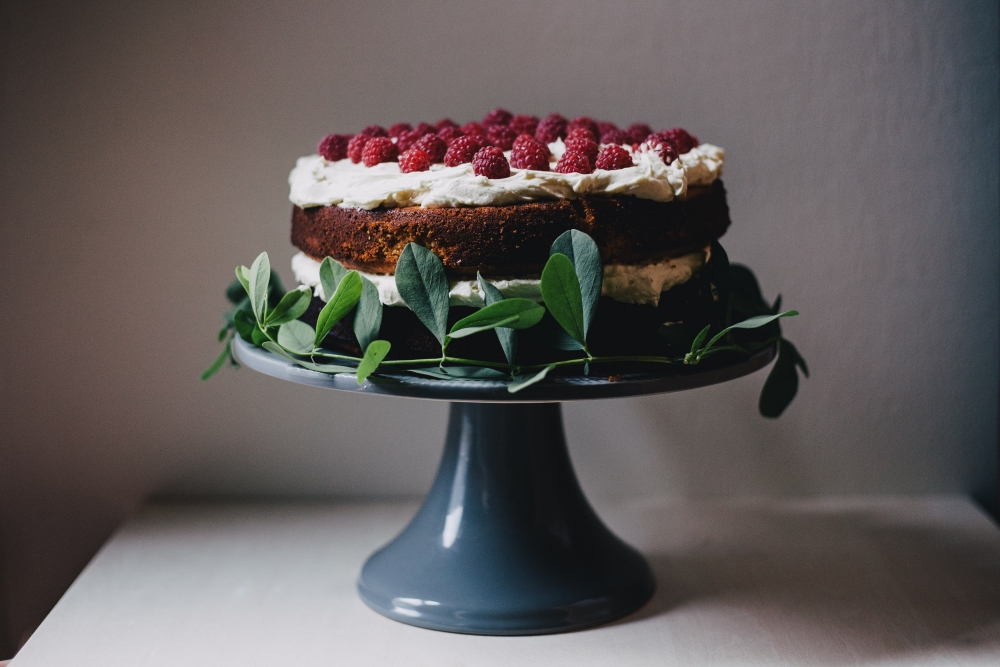 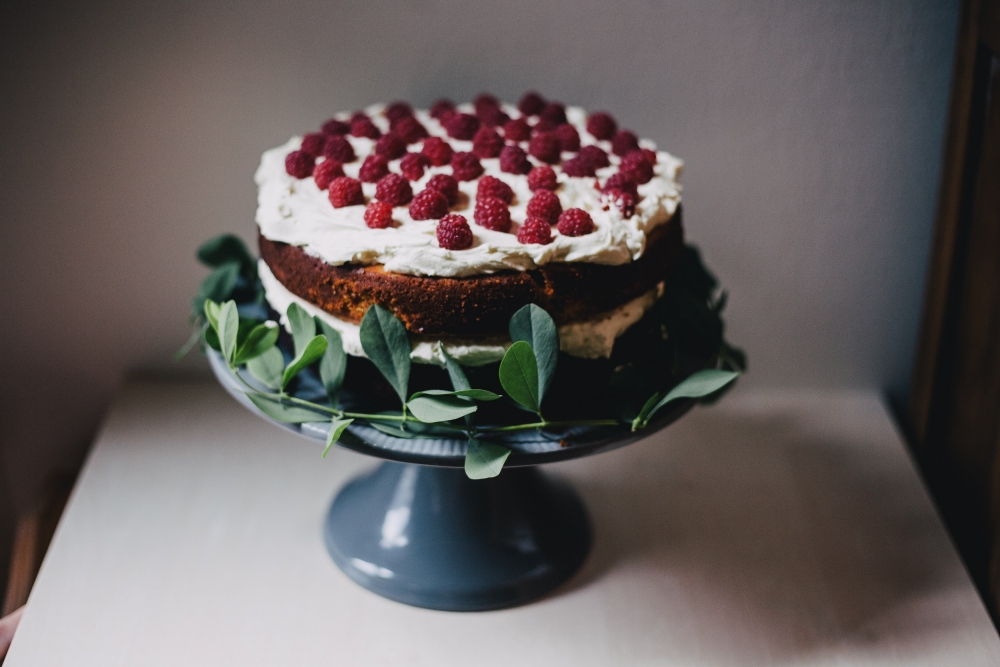 The raspberries always start coming in like that top picture. You ration them and slap wrists when someone grabs for the last one. Then suddenly you have so many raspberries that by golly you just filled a bowl yesterday but if you don't go out again to pick today another bowl full will go to the birds. Good thing we love raspberries in absolutely everything over here. So far there has been raspberry pie (the Hoosier Mama recipe, what else), raspberry honey sauce for drizzling on pancakes which was later also used to make a killer raspberry lemonade, raspberry and honey freezer jam, and of course raspberries as a garnish (on a grain-free almond lemon pound cake with honey vanilla buttercream for my sister's baby shower).

If you stand out in the yard for long enough they just sort of draw you in. Every time I glance out the window I see Indy out there picking and eating. Alan even helped us fill a bowl the other day, and when my mom and dad stopped by on Saturday they ended up picking alongside me as well. Sometimes during Indy's nap Tenny and I will stand out there and pluck ripe berries off the canes, him opening his little mouth like a bird in expectation. What good and delicious memories we're making. 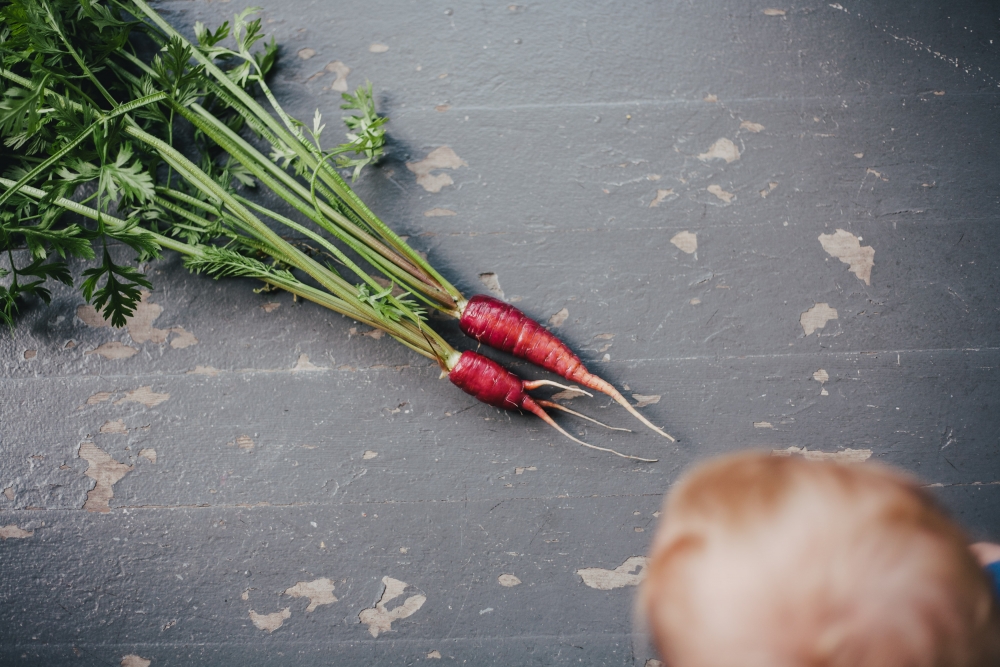 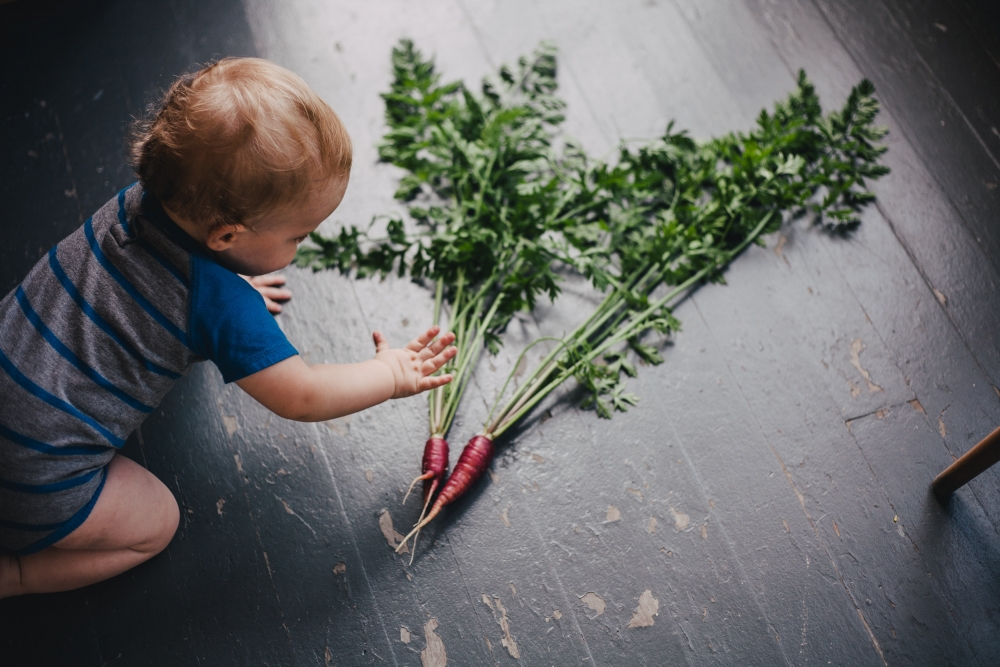 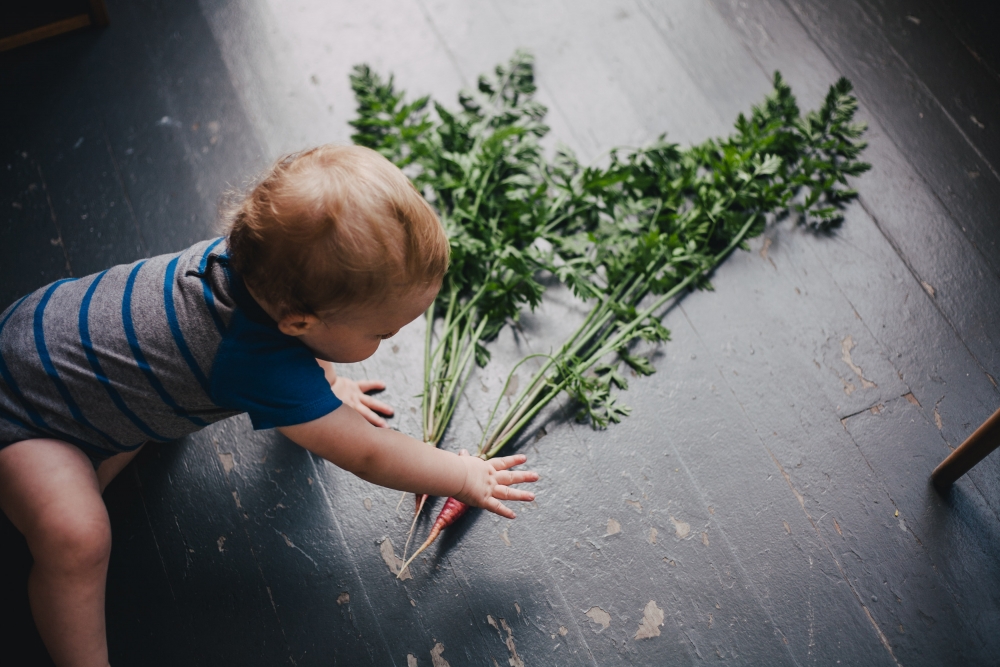 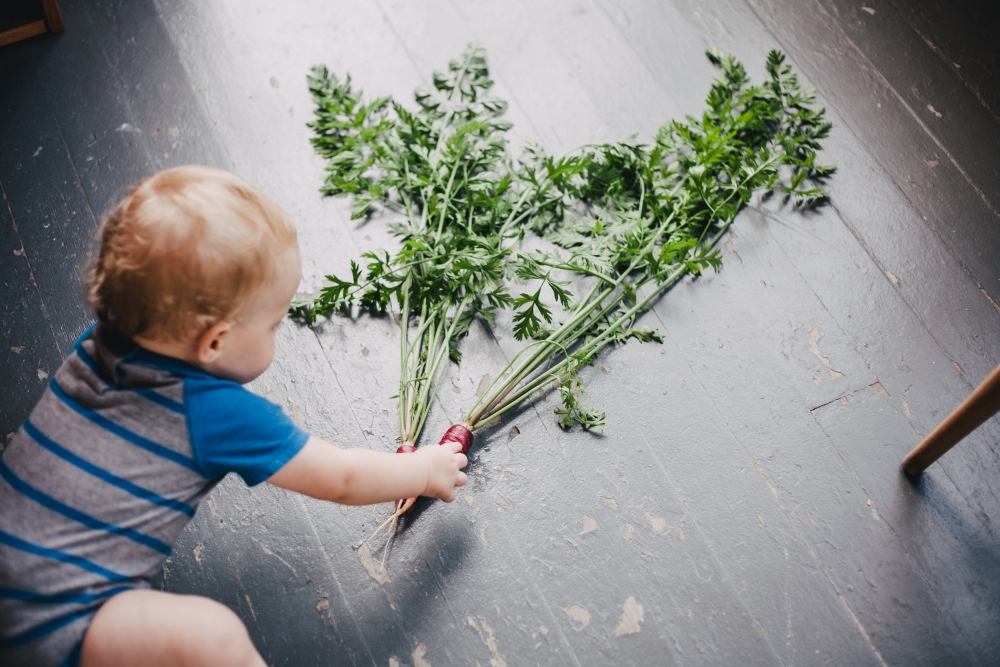 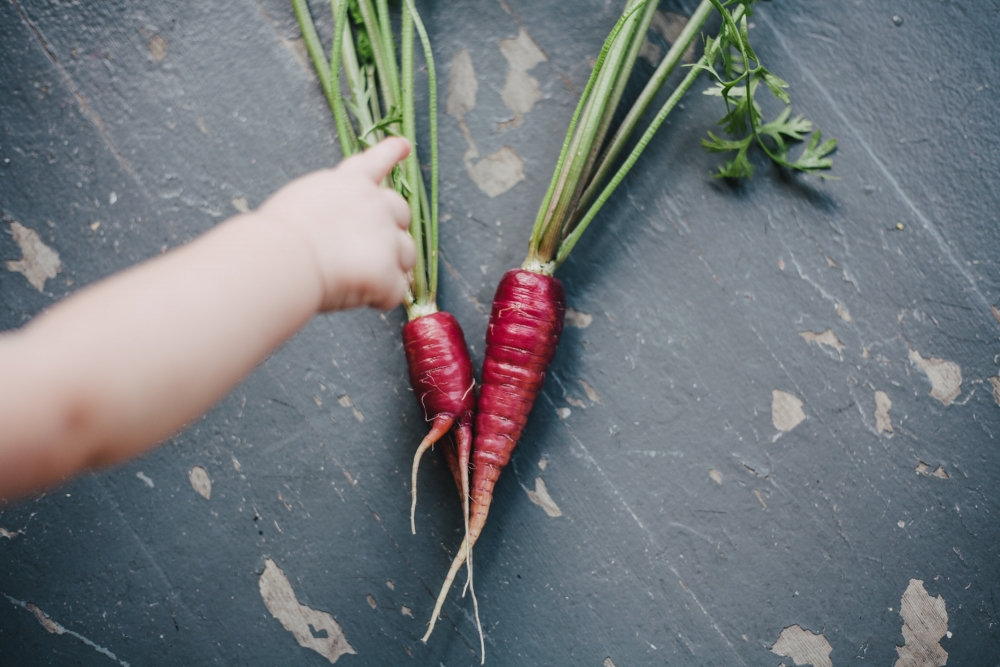 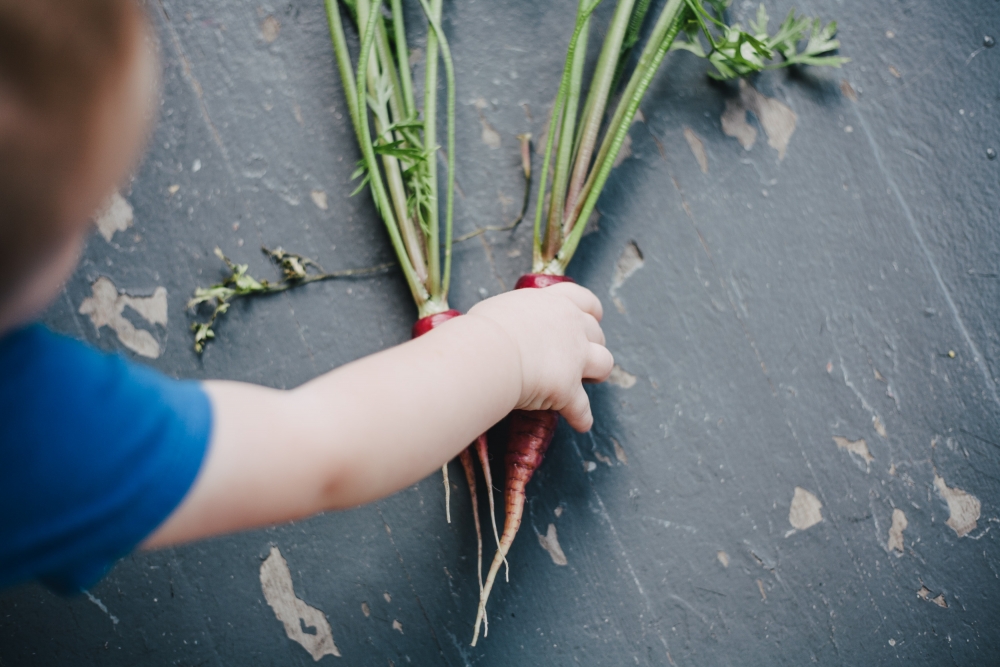 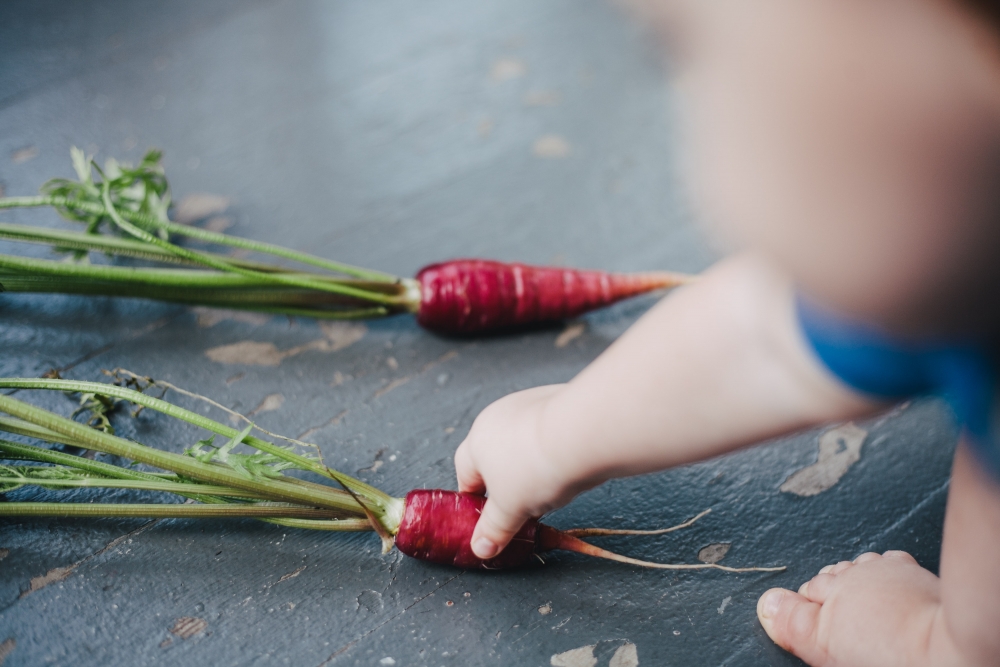 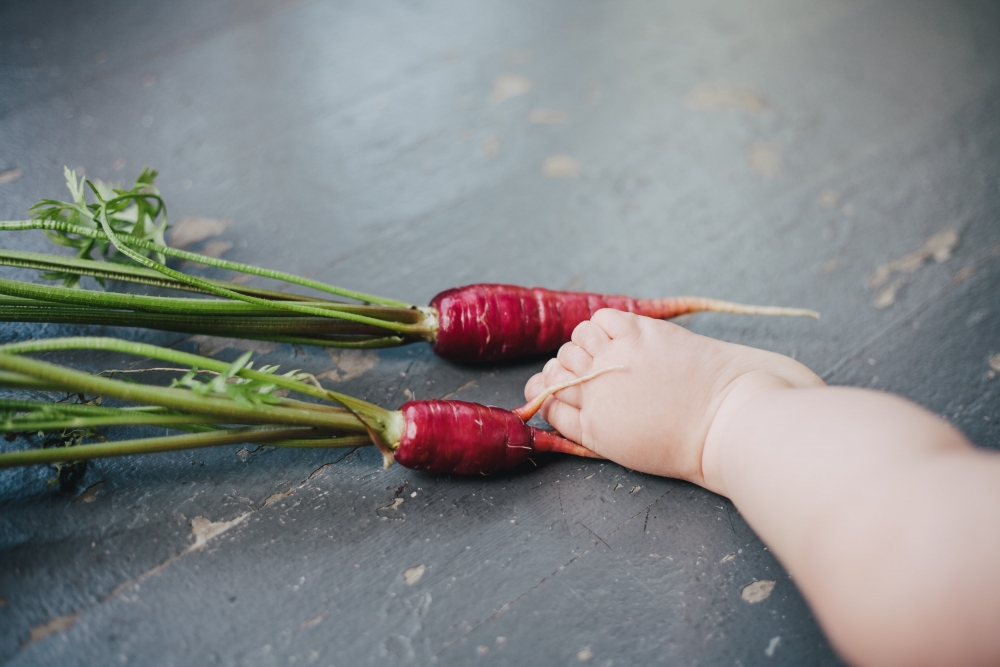 Sometimes you're just trying to take some pictures of the first carrots you pulled from the garden and every picture looks like this.