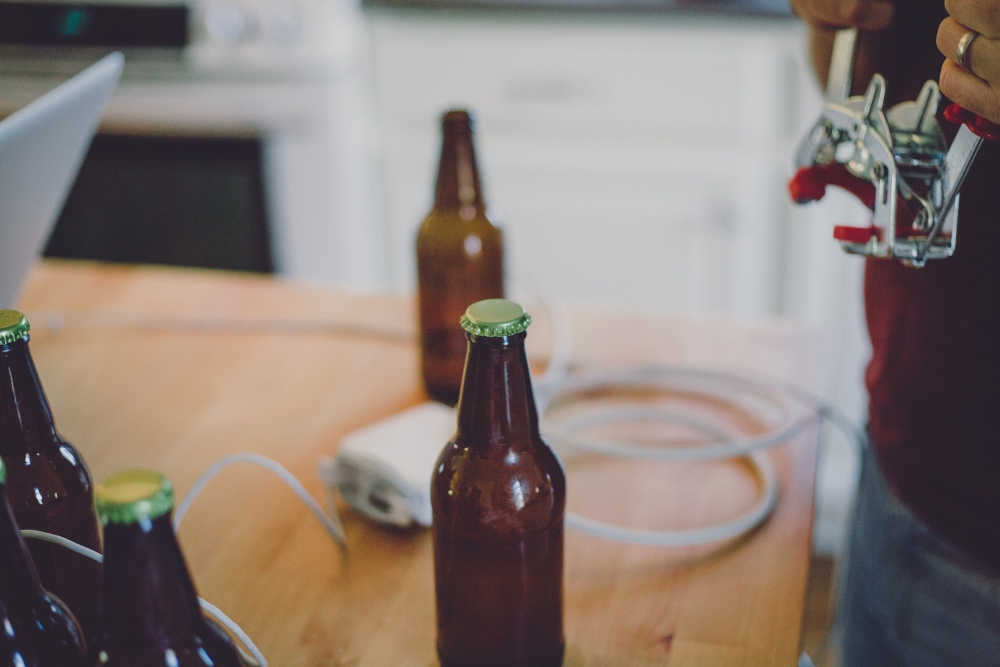 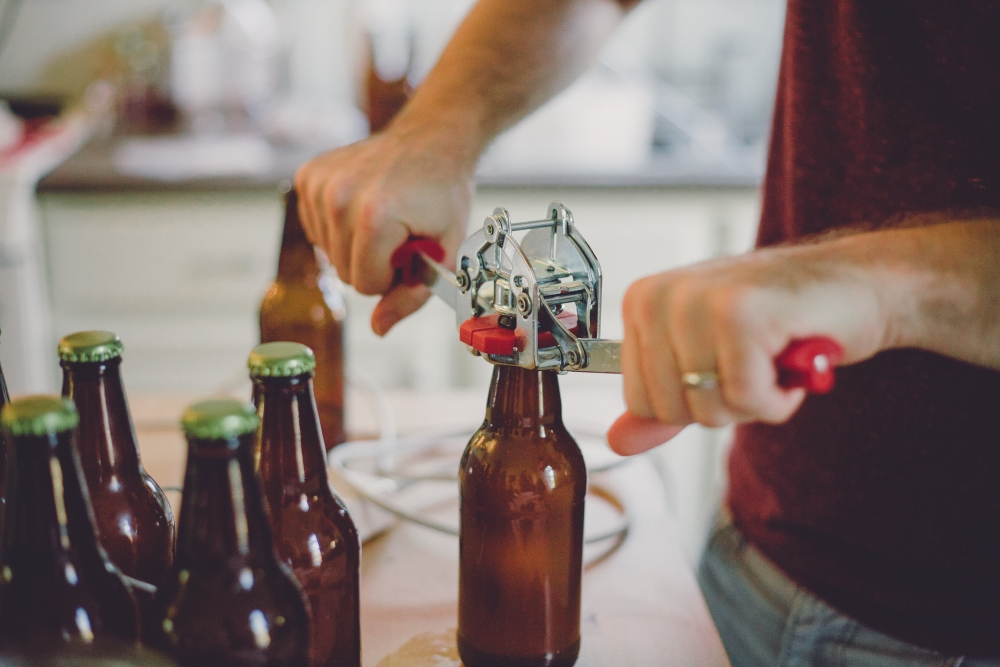 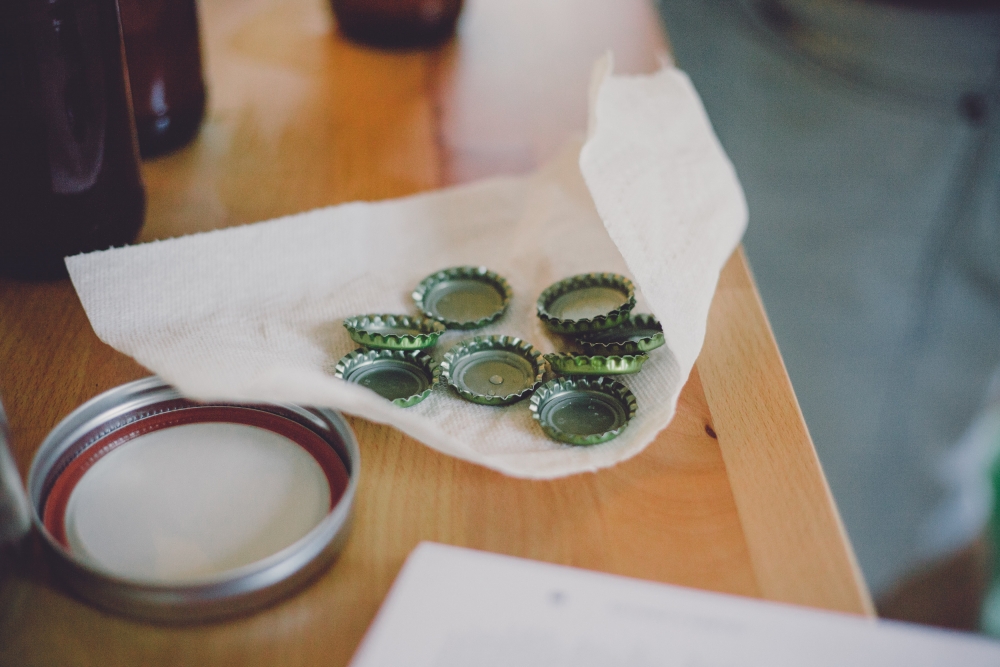 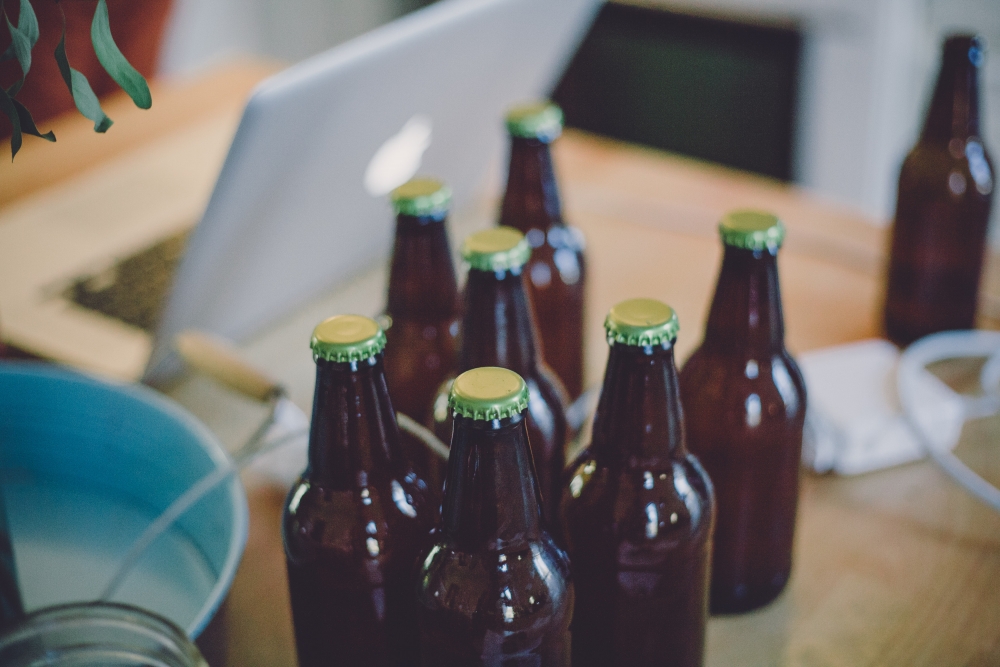 Last Tuesday morning Indy could not stop shivering after our shower and complaining of the cold. I suspected she had a fever, Alan commented that she had felt warm in her bed that morning, and I confirmed it with the thermometer. The post-shower chills never let me down as a fever-indicator. Friday night I came down with the fever, and Saturday night was Tenny's turn. Alan has somehow mostly avoided this one. Ugh, the actual flu you guys. Indy's nose is still snotty a week later.

Saturday evening when I finally made my way downstairs Alan was making homemade chicken stock and salad dressing and braising pork chops on the stove (bless his heart!) I was completely useless until Monday, when I was finally able to help dig the house out of the motherless hole it had fallen into. I cleaned. I washed diapers. I even used the chicken stock to make soup (this one, but minus the kale, only because we didn't have any).  I hate being sick as much as the next guy, but I sure feel grateful and wonderful when I can start to get back to normal life. It's like a bit of reset button, and I appreciate that.

Yesterday it snowed! I sent Indy out, bundled in a hilarious and adorable ensemble! She ate snow! I took pictures! I checked the camera today. No CF card. Whoops. So alas, no glorious November snow pictures for you today. Instead, you can look at Alan helping me to bottle my hard cider today - the last stage of fermentation that will hopefully yield some delightful carbonation. I decided not to back-sweeten because in order to add sweetness and carbonation at the same time you have to use a little real sugar for the yeast to ferment and make carbonation, and a non-fermentable sugar (read: most often artificial sweeteners) to add sweetness, otherwise the yeast that is fermenting your brew will just eat it all up and instead of a sweet cider you'll just have more alcohol and maybe exploding bottles! You can kill off the yeast and then use real sugar/honey/whathaveyou, but then you can't have natural carbonation, so I opted for sparkling and dry, and maybe sweetening after opening? In a month we'll be able to crack it open and see how it is. In the meantime, we're still recovering over here, and thankfully that will take less time than the cider ;)