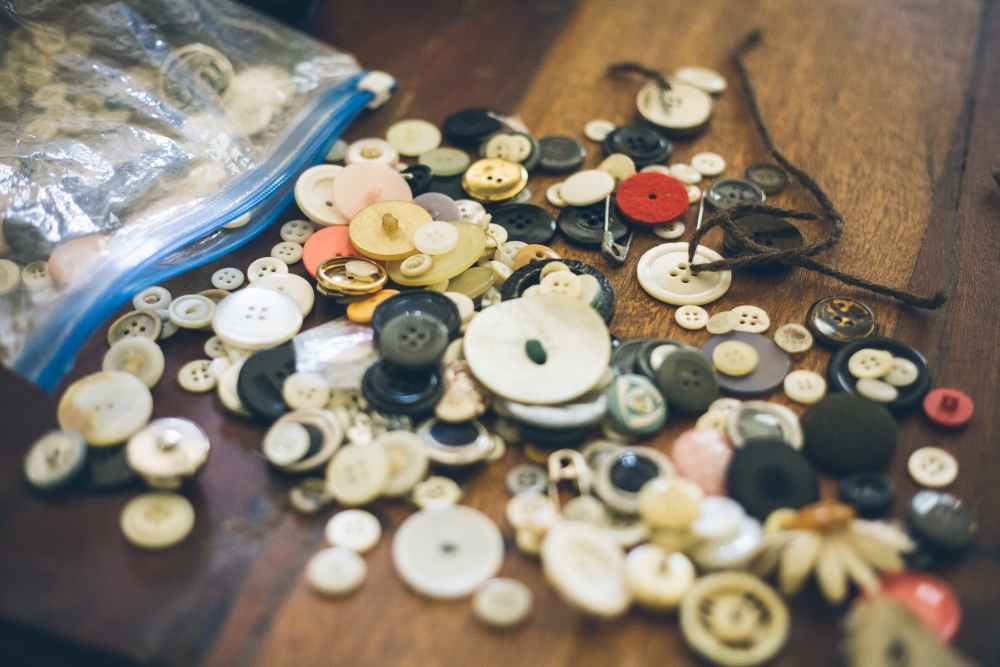 I took a short break from knitting during the whole "move-out-and-live-with-your-in-laws-while-trying-to-close-on-a-house-and-simultaneously-birthing-a-baby-athalon-2013," but I finally picked up my needles while we were on vacation several weeks ago, and it motivated me to go ahead and put the buttons on some previously finished projects when I got home. 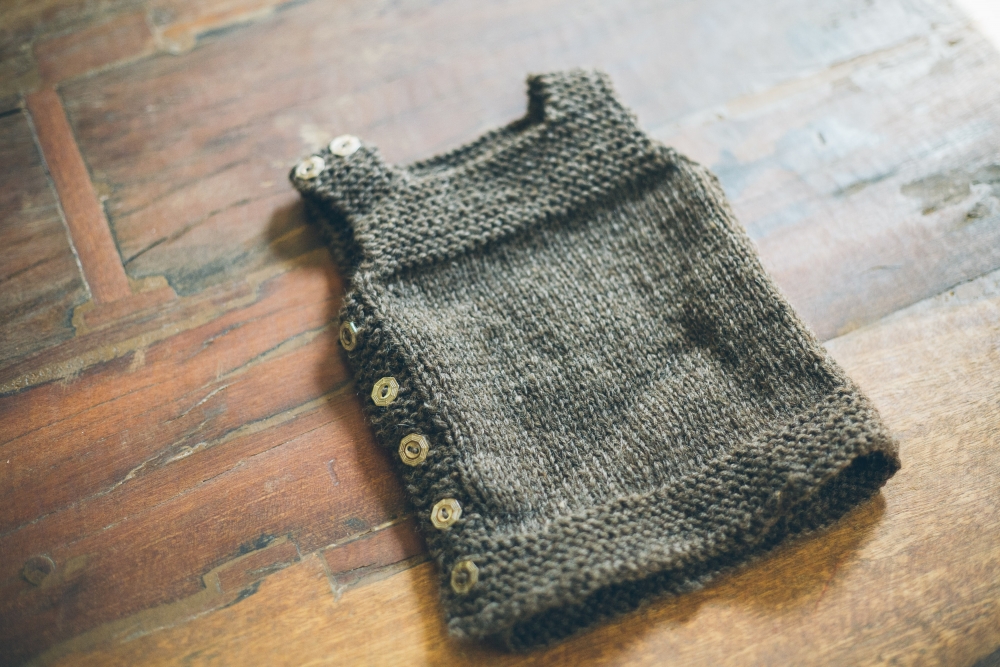 I was originally planning on ordering some little wooden buttons for some of these things, but I decided to go ahead and pull buttons from my vintage stash instead (plus Tenny was practically going to grow out of this one before he could wear it if I didn't just finish it!) This is the ever popular pebble vest, which I knit in worsted fisherman's wool instead of DK, and something like size 6 needles. I was hoping it would turn out a little bigger than the pattern so that it would fit him in the fall, and hopefully it still will even though he has doubled in size (!!!) since he was born. 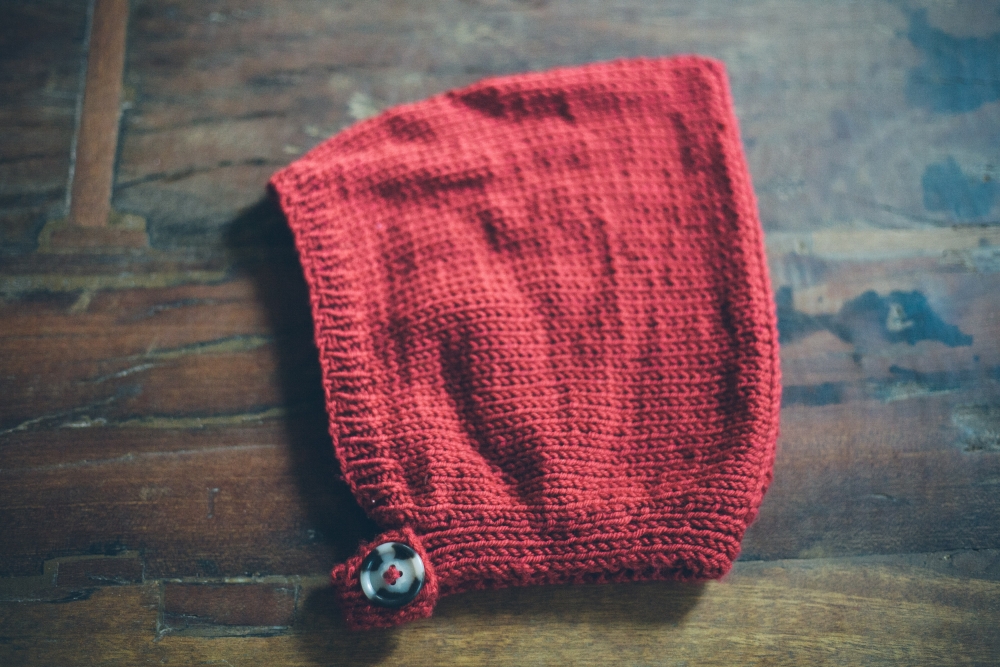 These next two are both from this book, which I am obsessed with. Seriously wonderful patterns. I was still figuring out my knitting tension on this one, and it turned out much too big - no I do not check my guage, I know, I know! (also, look at the ribbing - blech - after this project I discovered the glory of the long-tail cast on, and it changed my life!) Knit in Valley Yarns superwash DK extrafine merino in red. 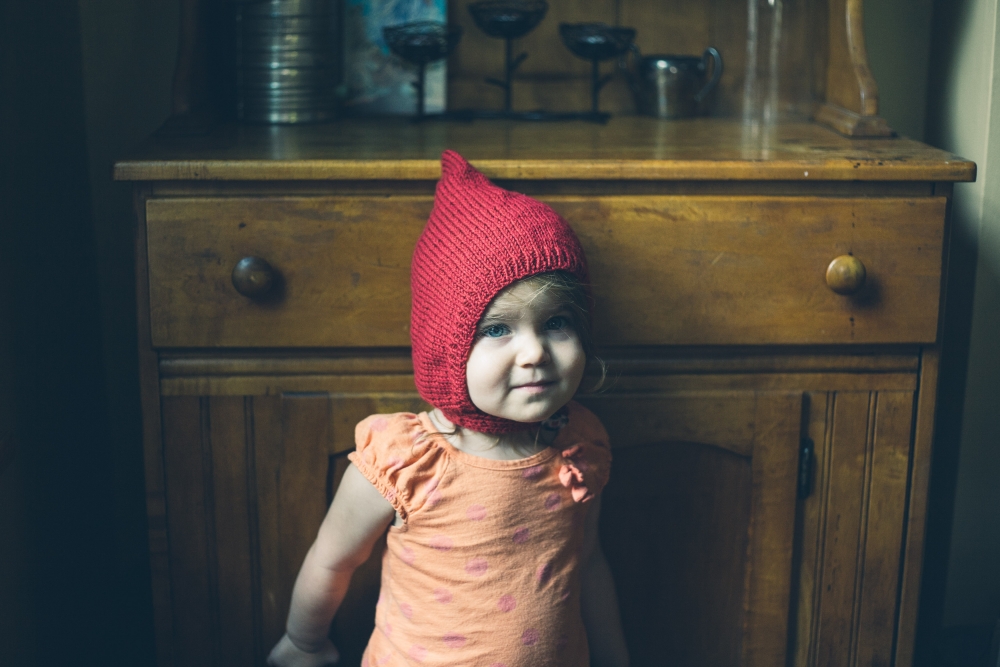 See how baggy it is around the bottom? I'm hoping to felt it up a little bit, but I'm a little nervous. Anyone have any fool-proof methods? 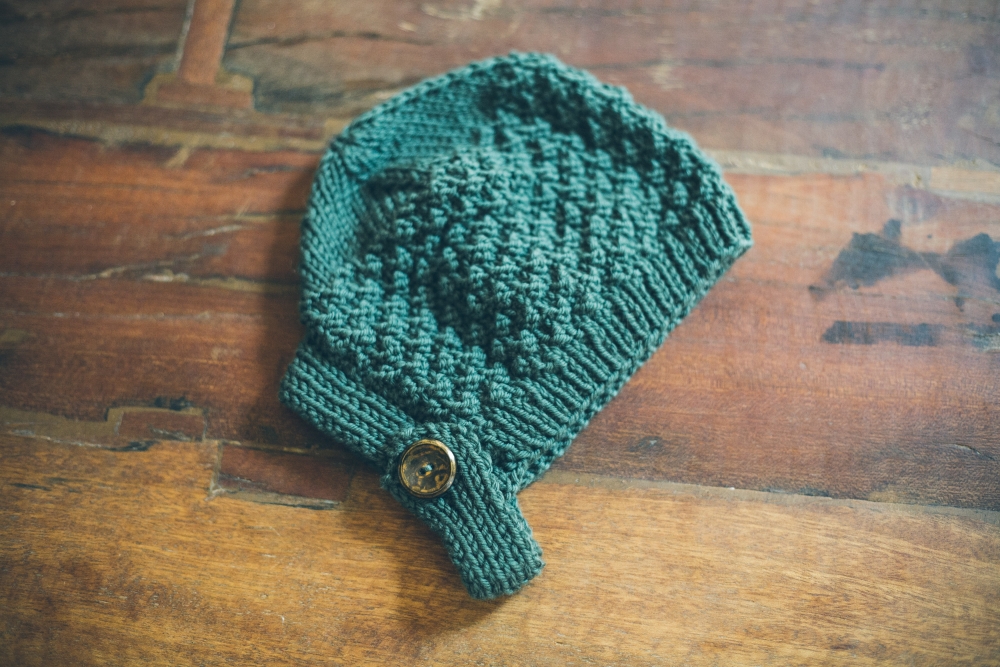 Look how much better that ribbing is! I loved knitting this hat. No knitting in the round required! It's knit flat and then joined in the back. I accidentally made the neckband a little bit long, but I really didn't want to frog it so I just placed the button back a little bit to compensate (hopefully). This should fit Tenn this winter. Again, knit in Valley Yarns superwash DK extrafine merino in forest. I have a wool/cotton sweater on the needles for him right now, and I'll be sure to share it when its finished. I know I really should Ravel these things, I'll get on it soon!