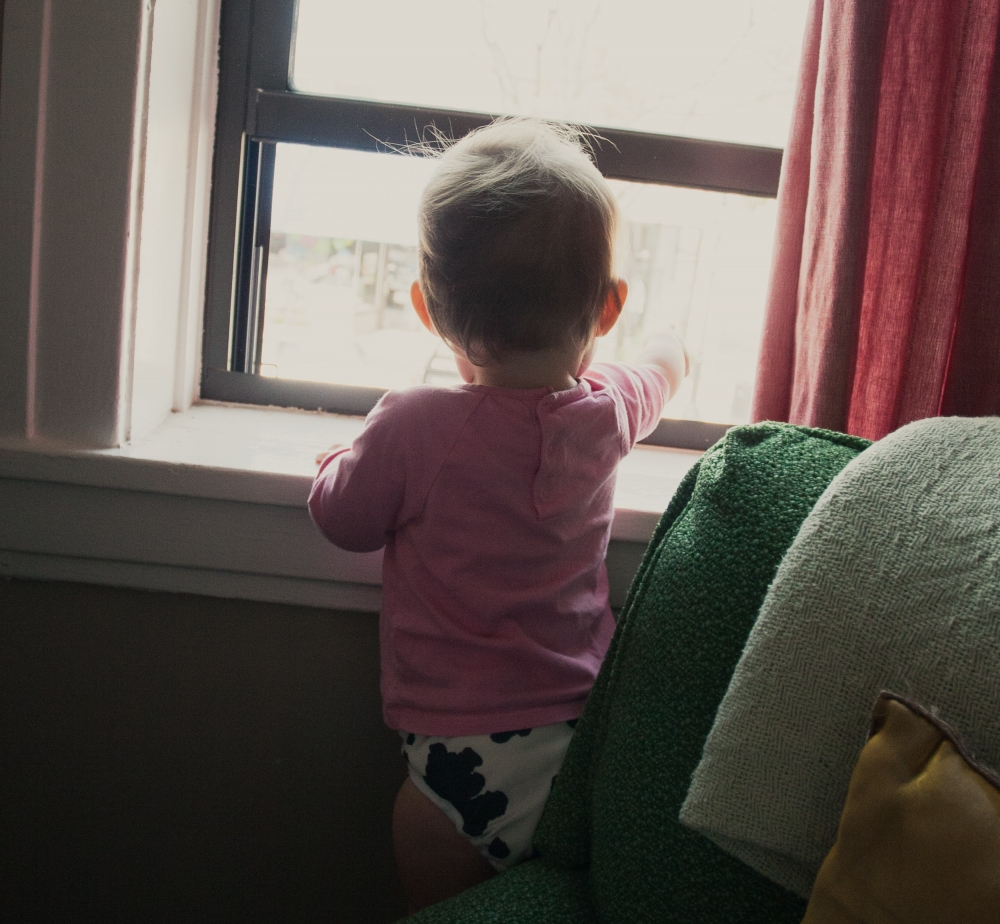 As Indy’s first birthday was approaching, we started to talk a little bit about night-weaning her. I’m not into pushing babies around at night, it’s a very vulnerable time for tiny people. And actually, I don’t mind nursing her during the night. Most nights she’ll come up into our bed after the first time she wakes up, and she’ll spend the rest of the night there. I don’t even have to sit up to feed her, and come morning I don’t remember a darned thing. To be fair, I can’t say that her night habits have never bothered me (especially at times when she was at peak feeding frequency), but often the real burden is the pressure I sense from others that she should be sleeping a “certain way”. Indy and I have a symbiotic relationship, and the whole thing works pretty well for us. Night-weaning wasn’t even in an attempt to get her to sleep through the night, since many night-weaned babies still wake at their normal frequency, especially if they weren’t ready to be weaned. No, we wanted to night-wean in the interest of one thing and one thing only: more babies. A night-nursing baby makes for a not so fertile mama. And while studies show that its the total time spent nursing per day that matters when it comes to fertility, rather than time of day that nursing occurs, I figured that cutting out night-nursing was the logical way to lessen her total nursings.
Based on Dr. Jay Gordon’s recommendation we waited until she was about a year, then we tried several different gradual methods, but none of them really seemed to make much of a difference. I decided to attempt it cold turkey and just deal with whatever may come. We tried it for about five nights. Five nights of listening to Indy crying in the dark while sitting on our bed between us, or endlessly walking her back and forth in the apartment trying to soothe her back to sleep. As the nights went on, her behavior at night and during the day became increasingly more unsettling. Several times during the night she crawled off of our bed and went stumbling out into the living room. During the day she started crying practically constantly. She became clingy but unaffectionate, she wouldn’t play by herself, she stopped giving Alan and me hugs and kisses, and she went from only occasionally nursing during the day to wanting to nurse constantly and for extended periods of time (sort of defeating the purpose of the whole thing). She was not like herself at all, and seemed nervous and irritable. Initially we were hesitant to insist night-weaning was to blame, but it was seeming more and more likely that it was, and I think I can safely say now that it was the cause. On Tuesday night I told Alan I was quitting trying to night wean her. It was a difficult decision to make. It’s not a secret that we want to have a lot of kids, and we have always said that our ideal age gap is about 2 years. I’ve been feeling the weight of my own expectations heavy upon me, along with a  consuming desire to add to our family, but I had to take a step back and ask myself if I was willing to go against my parenting philosophies and neglect to care for Indy in the way I believe she needs in order to have another baby as soon as I would like. It was something that I really had to surrender before God and to His timing. The thing is in His hands, and right now my thoughts should be on the little blessing asleep in the other room, and nurturing her tiny spirit and body. This time is so fleeting, and I don’t want to regret a single decision that I make for her.
Wednesday morning she woke up and gave me a kiss. Oh! What welcome little lips! She still seems a little hesitant, and I think we'll have to build trust back up a little bit, but the improvements in her demeanor were undeniable. She’s a a hundred times more jovial, independent and affectionate than she was for those few days. She just wasn’t ready. We might try again in a few months, but maybe not. For now it feels a lot lighter like this, and I’m just going to enjoy my giggling firstborn.