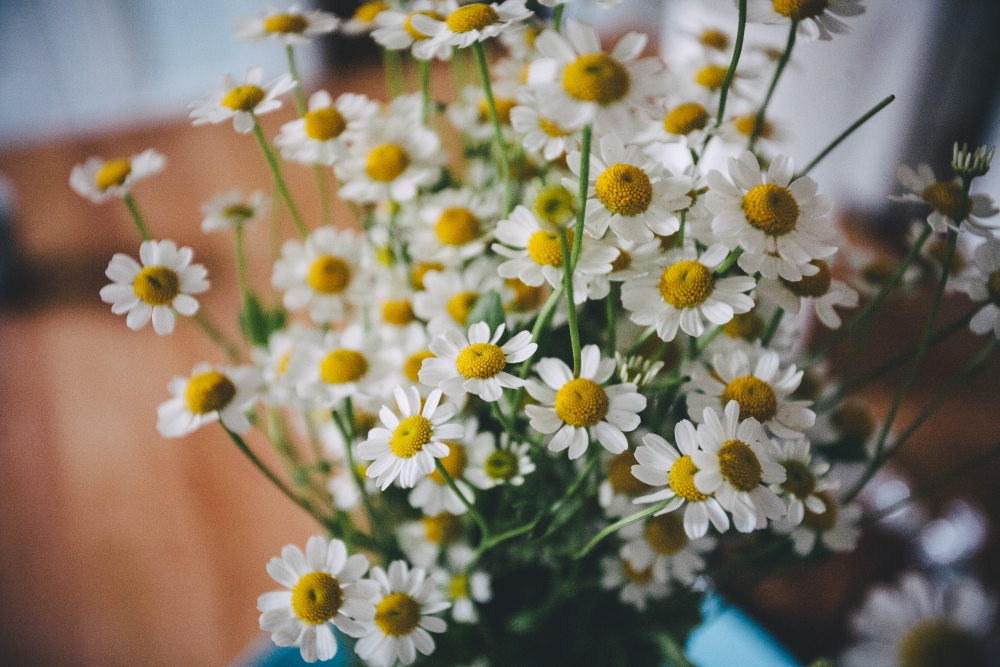 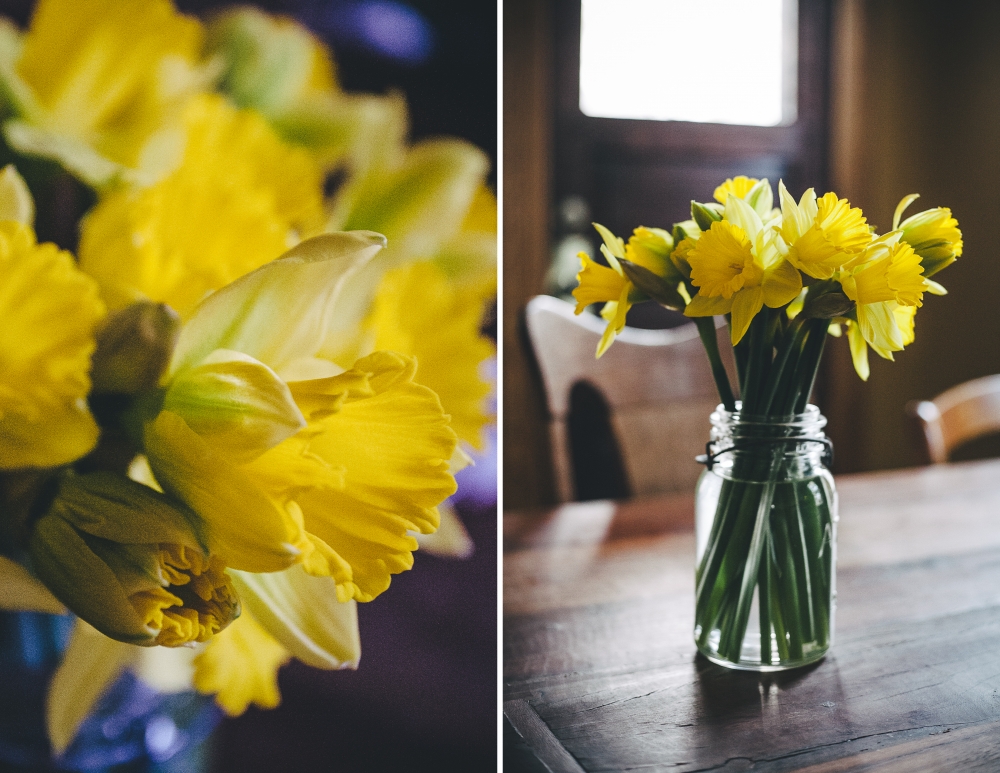 I found chamomile as cut flowers at the grocery store the other day! A delightful first. And when those little bundles of dry packed daffodils start showing up you just know spring is coming. It's a harbinger of the harbinger. 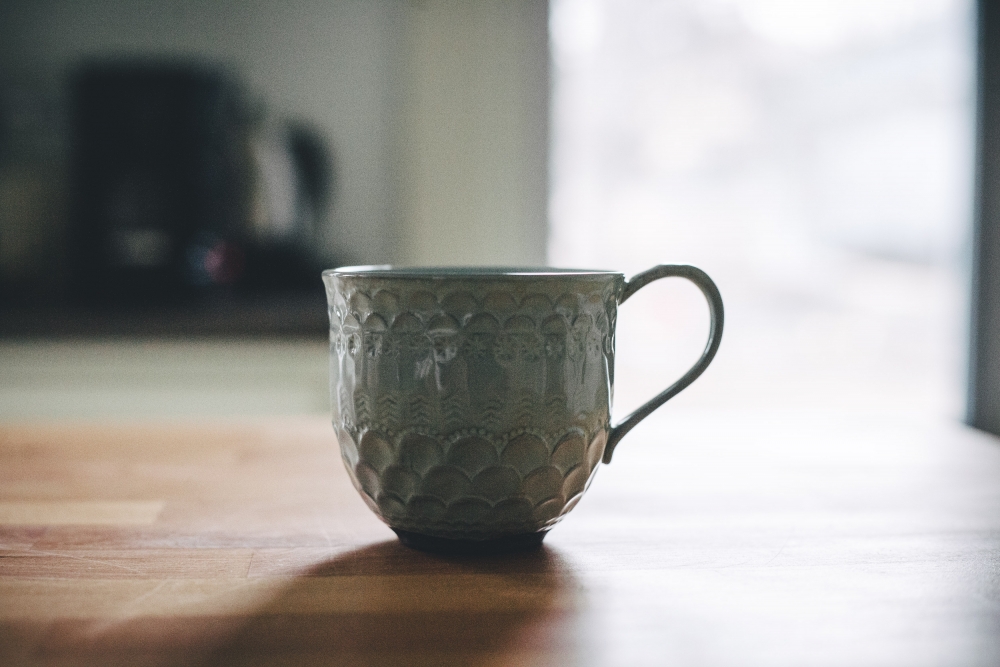 Even though spring is still relentlessly teasing us, the equinox has already passed and the light creeps on far into the evening. It's not enough to trigger spring cleaning fever, but it makes enough of an impression on my psyche to stir me towards change. I'm a morning person but I hate the whole waking up part; factor in a baby who still has restless nights on and off and I find myself snoozing through my favorite part of the day. I told Alan that I really want to be able to get up at least a little bit before the kids by the time summer rolls 'round so that I can start my day with a little peace and a deep breath and a cup of coffee. So far, so good; we've been hitting the hay early and I'm getting up in time to enjoy the early light slanting through the windows 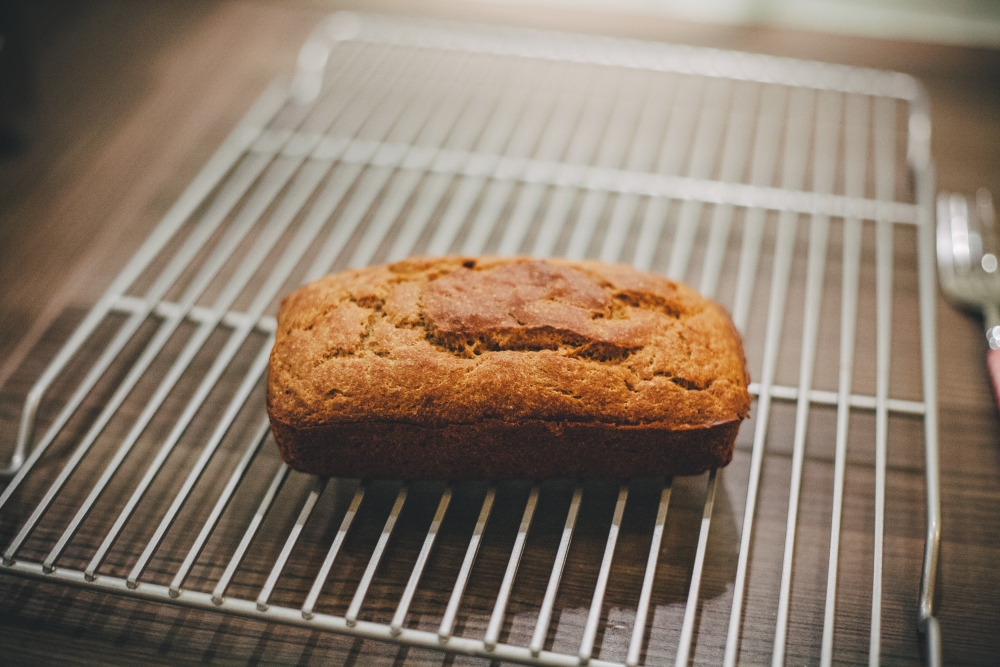 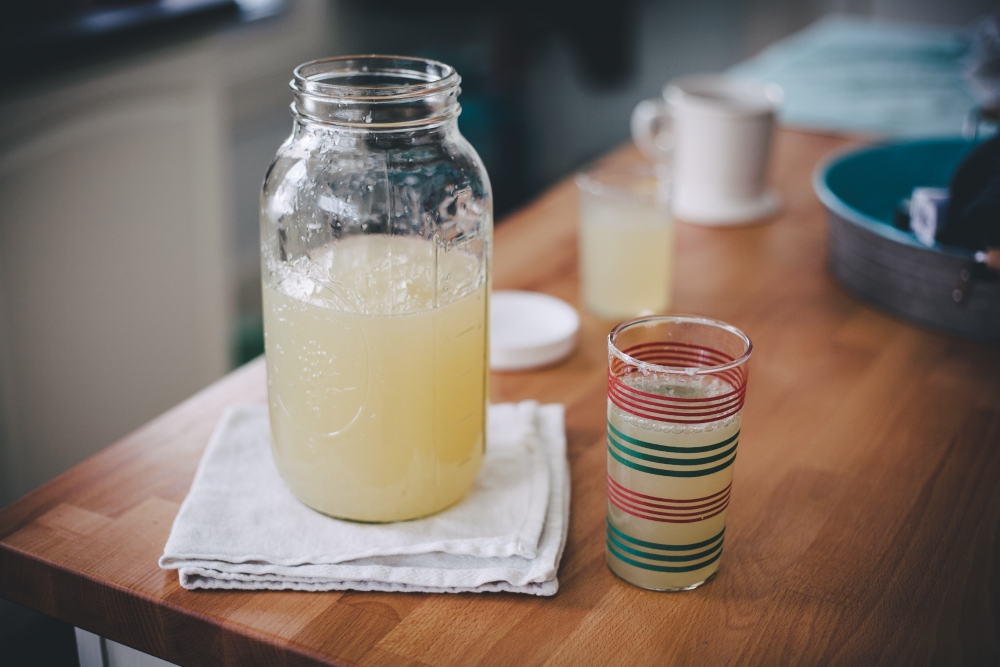 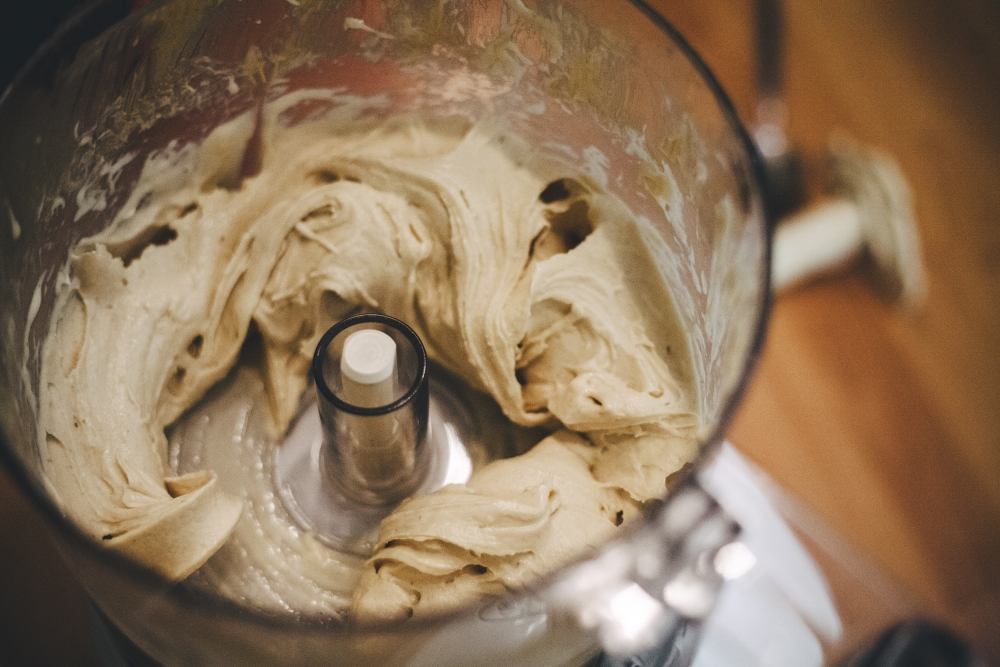 2. Lemonade - not just for the summer, at least not when you have a pint of fresh lemon juice that needs using up.

3. Banana "ice cream." Please tell me you've tried this, it is so good! Peel and freeze bananas, throw in the food processor with peanut butter and a drizzle of honey. 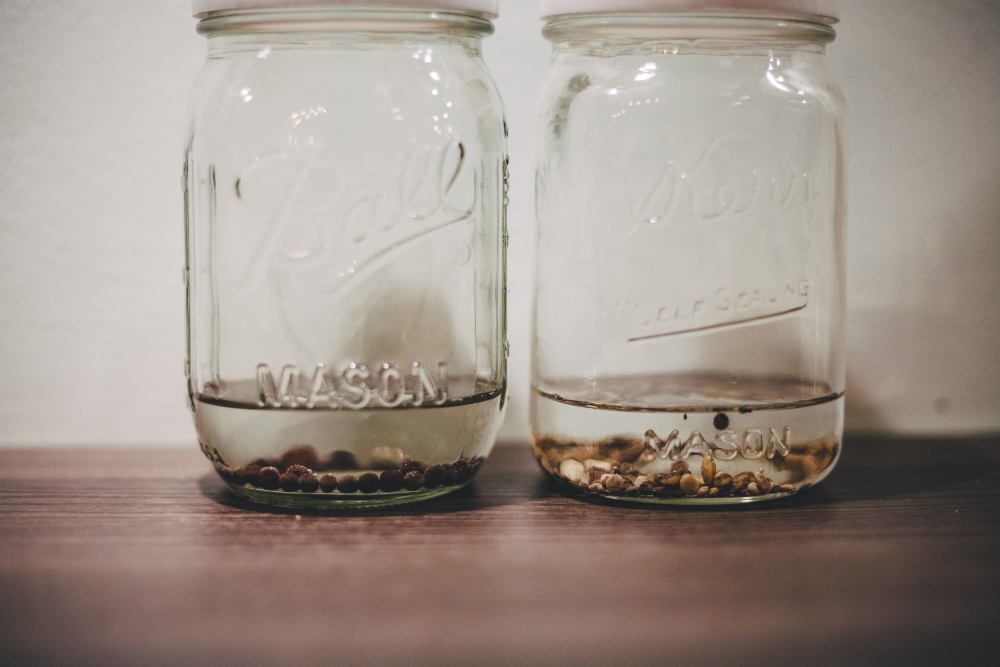 I soaked sweet peas and pixie lupine for planting. Somehow I got mixed up because the lupine really wasn't supposed to go out until after last frost. I didn't figure this out, of course, until after I had soaked the seeds, so I had to do something with them one way or the other. I ended up starting some inside (just to make sure some survived) and planting the rest out in the garden with a small prayer that they don't try to sprout before frost has really passed. We'll see. Call it an experiment.