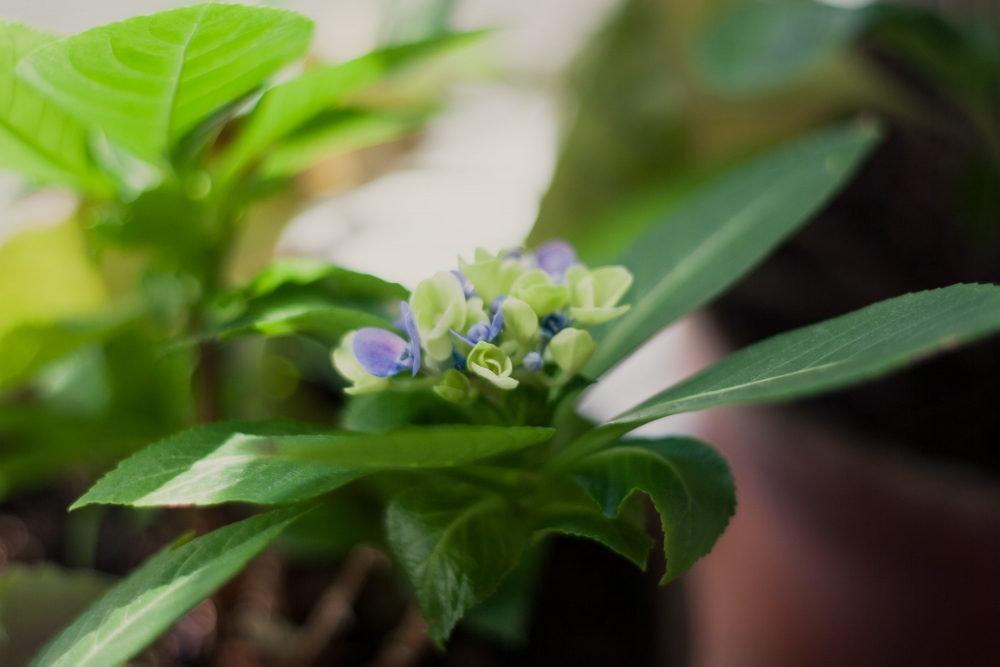 When Alan and I were dating and engaged, he brought me flowers every single Tuesday. Usually it was cut flowers, but every once in a while they were potted. All of those have long since wilted or become victim to this forgetful waterer, except one: a potted hydrangea that he got for me during the late summer of 2009. It had this big, beautiful purplish-blue bloom on it, and we put it in the windowsill in the kitchen of the first apartment that we planned on sharing together that fall, after we were married. Over the past 3 years it's had some close calls, has changed pots a few times, has moved apartments with us, and has dwindled down to a tiny stump with only a leaf or two, just sort of. . .waiting, until I decided my house plants were probably hungry, and got them some plant food spikes. Suddenly it grew many times in size, and one day I bent over it and was astonished to see what looked a lot like a flower bud nestled down in the leaves. Sure enough, over the last few days, tiny pale green and purple petals have unfolded and a tiny hydrangea blossom has returned, the first new bloom it has ever grown. (This isn't an analogy for anything, its just one of those quiet and charming life-surprises that I wanted to share.) 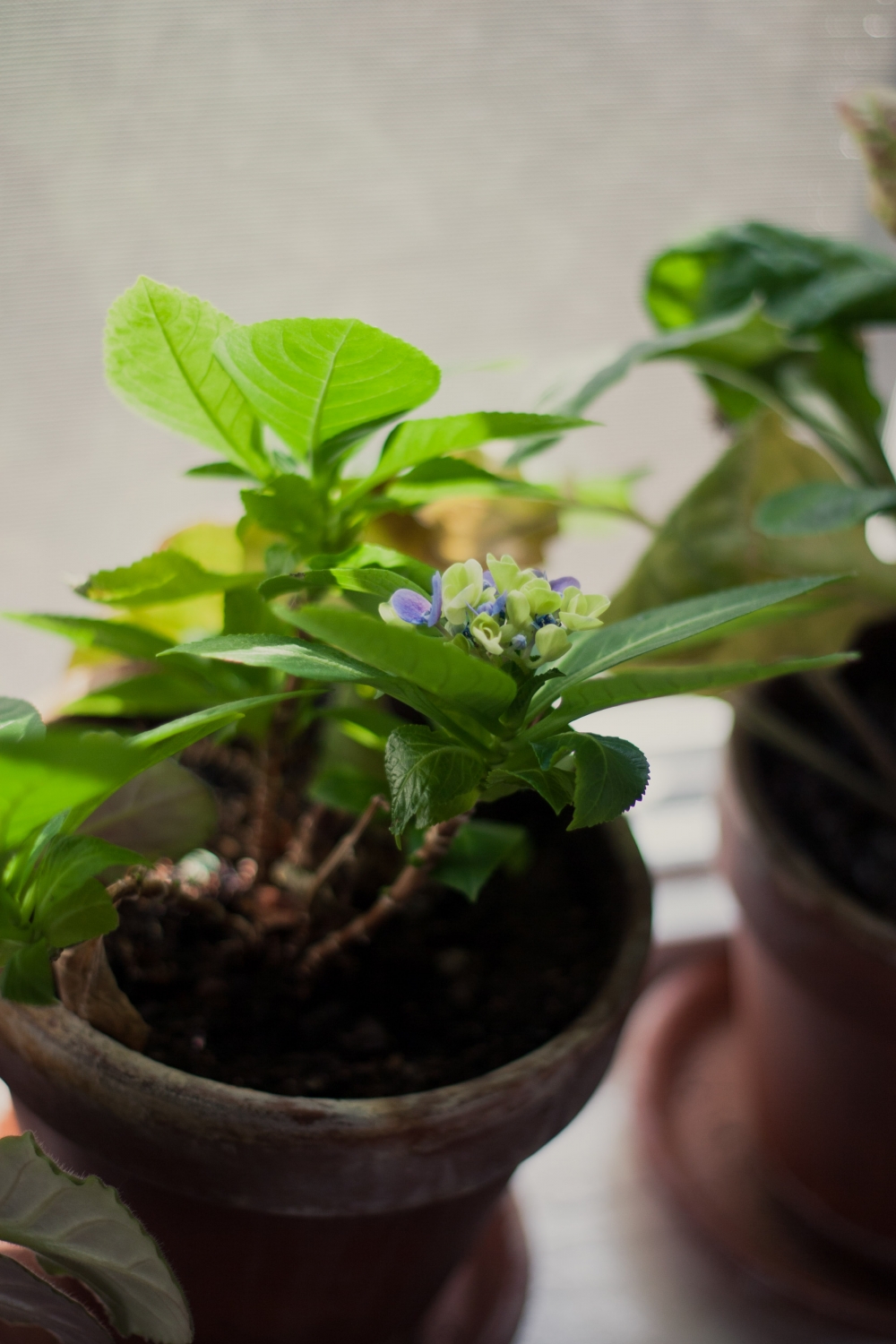 Someday I hope to free this little plant into the garden of our future home, and hopefully there it will grow into a nice big plant that offers flowers every summer, and I'll tell our children that that is the very same plant their father bought for me soooo long ago, and it has traveled with us all along, and through our whole marriage until now, and now its rooted here. Every time I look at it, I'll think of it in its tiny pot on the windowsill, and think of when I first got it, and smile. 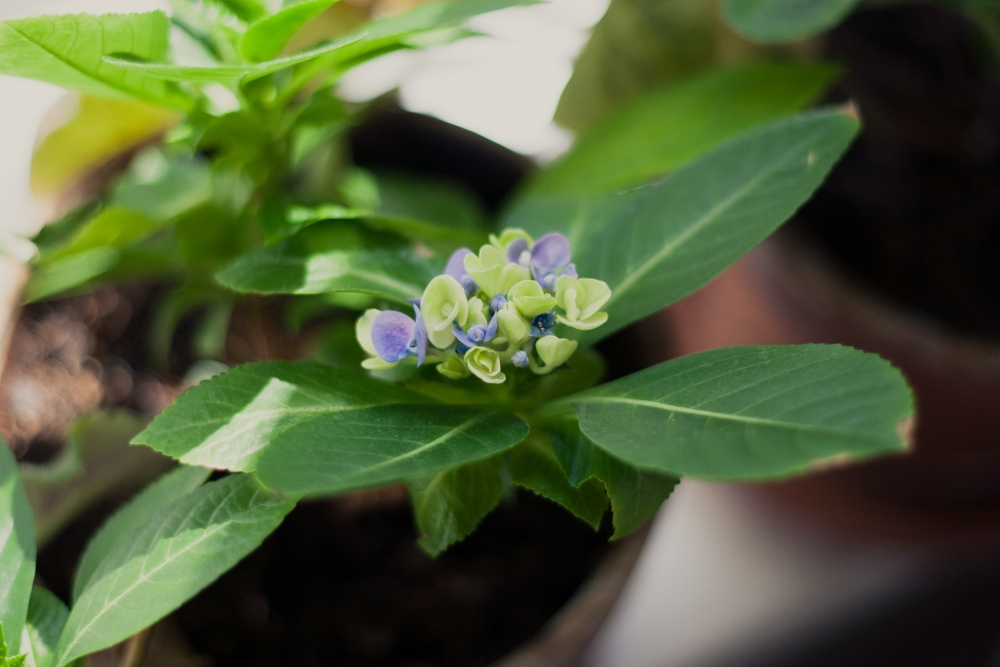