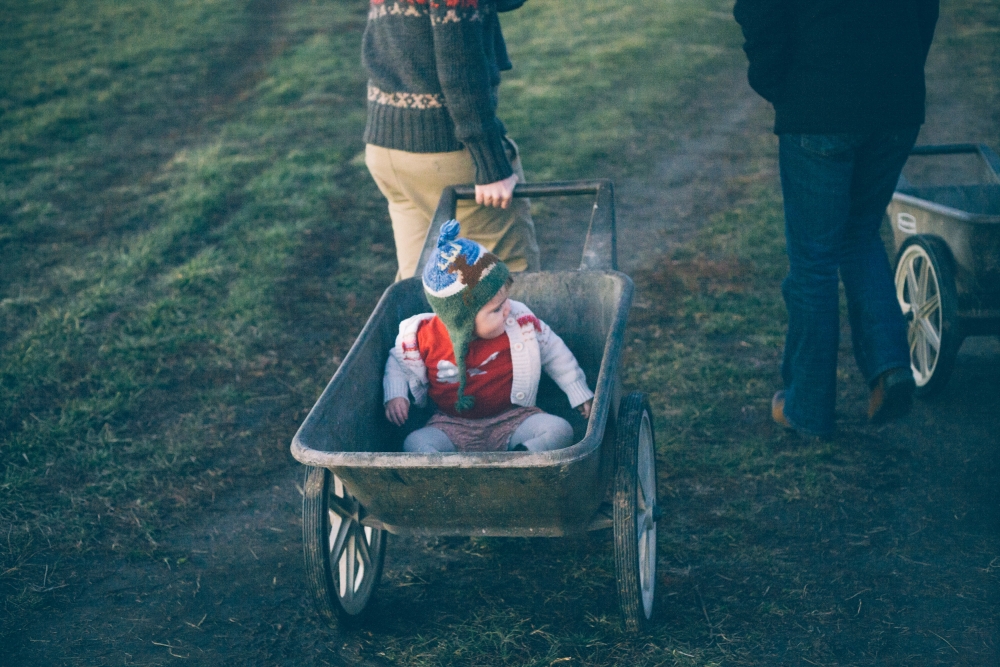 On Tuesday we went, along with Joel and Kate, to cut our own tree for the first time. We reached Kuiper Family Farm just as the sun was beginning to set, and hurried out into the chilly field to pick our trees before it became to dark to see. 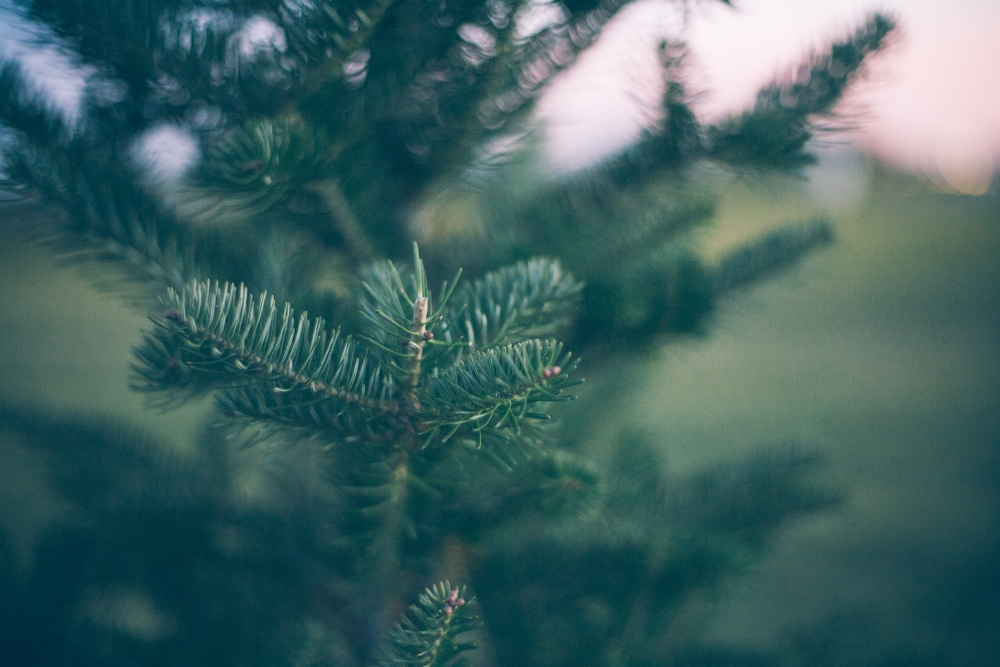 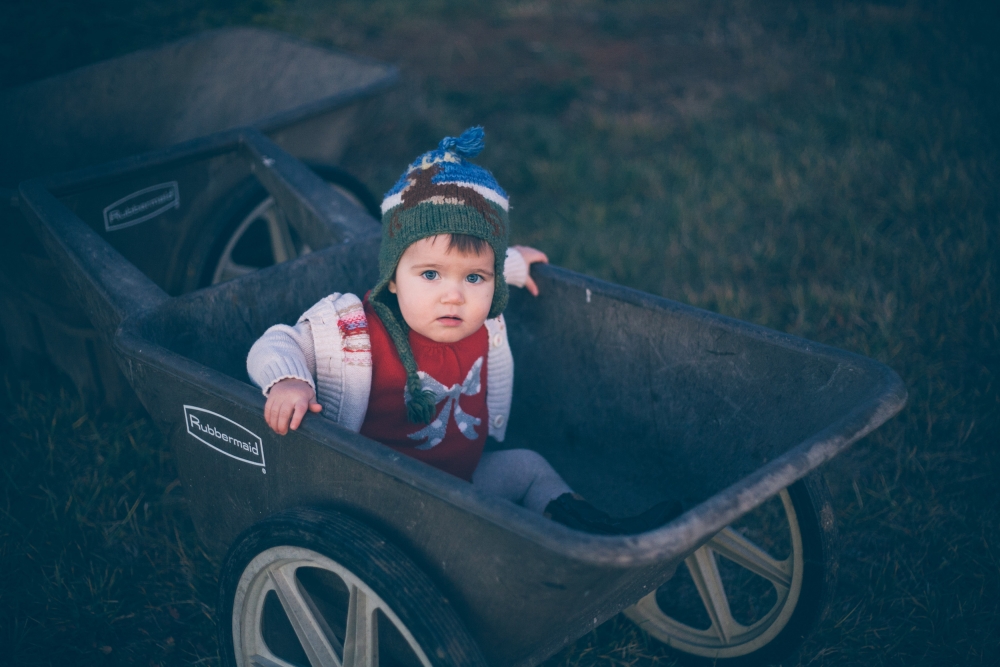 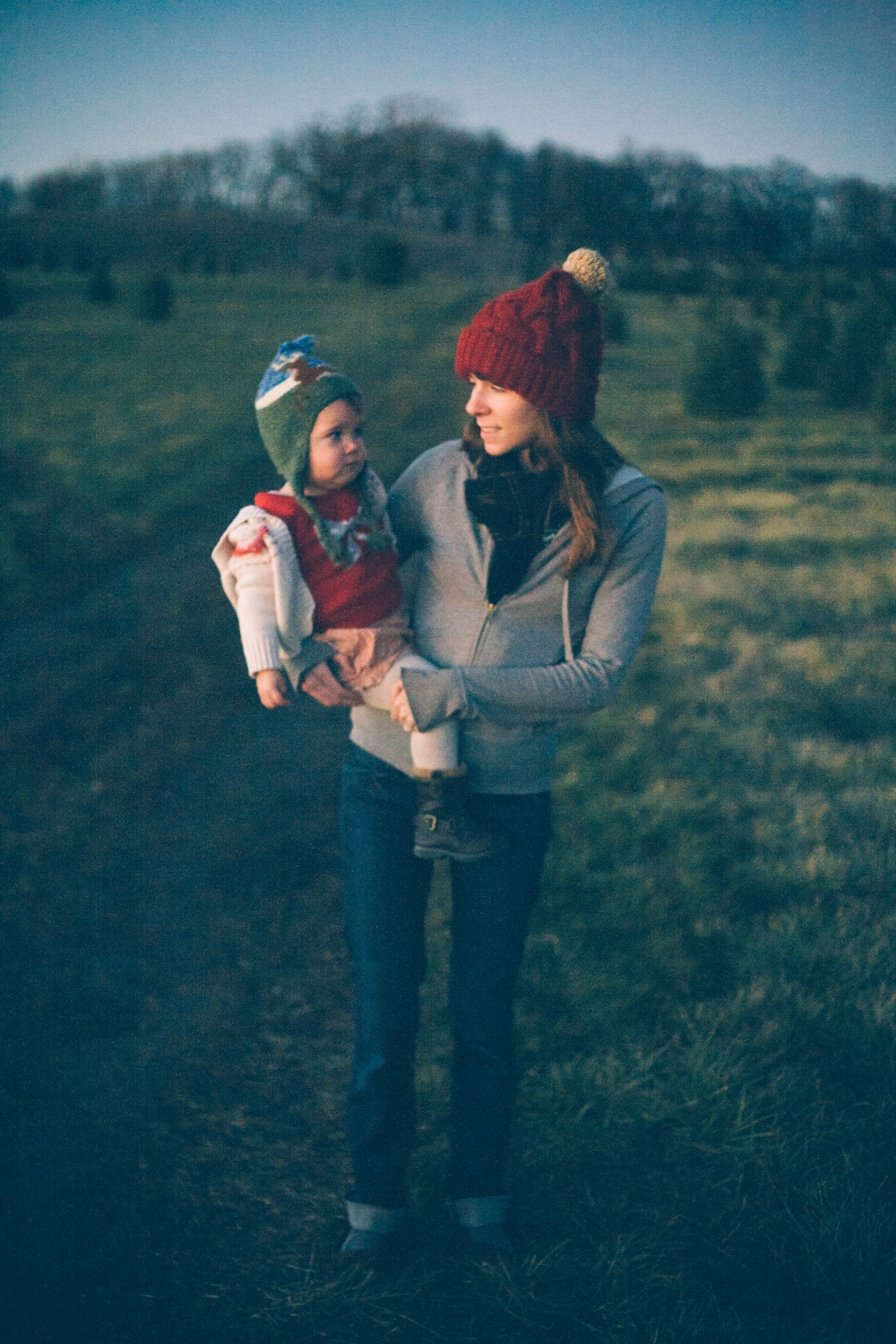 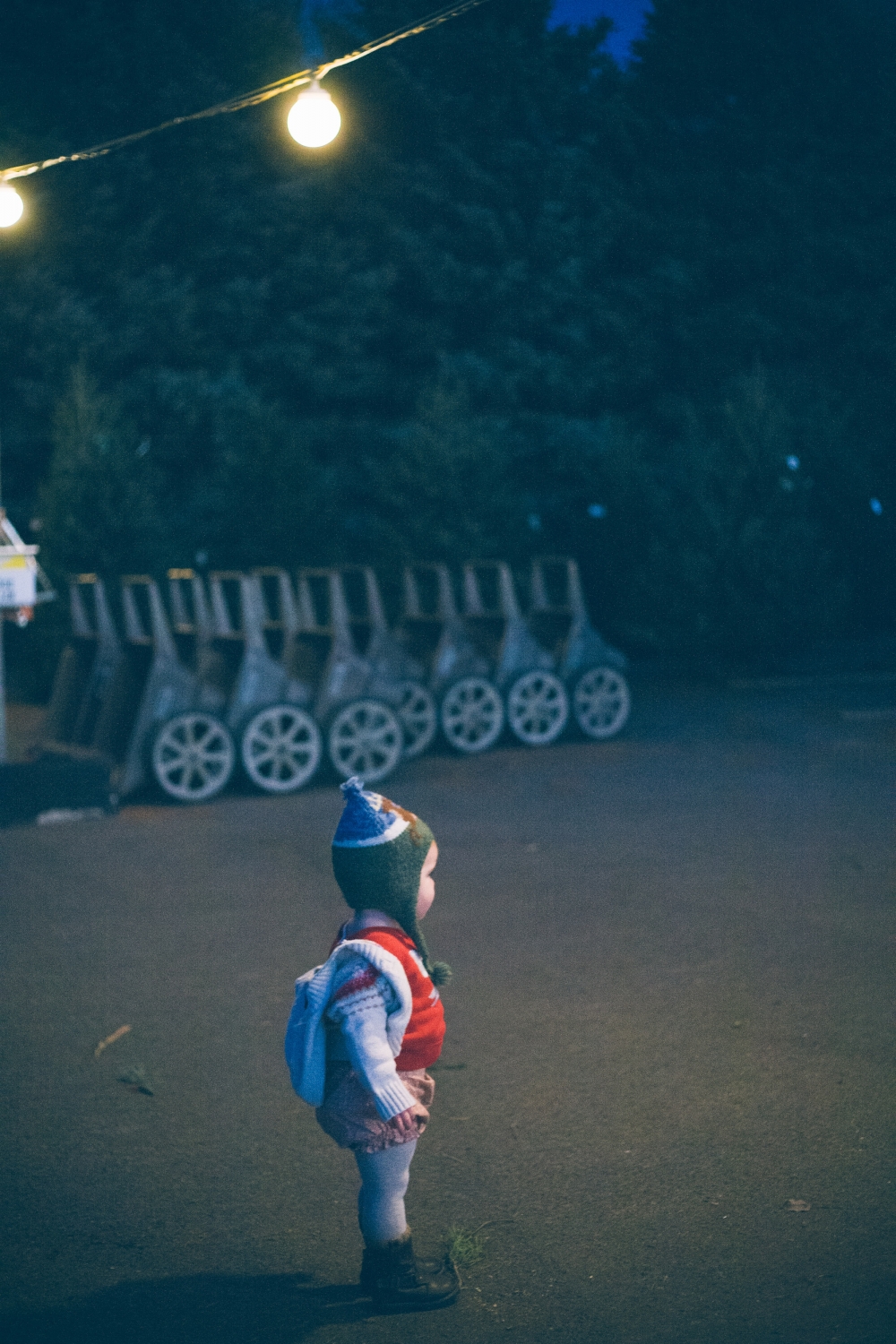 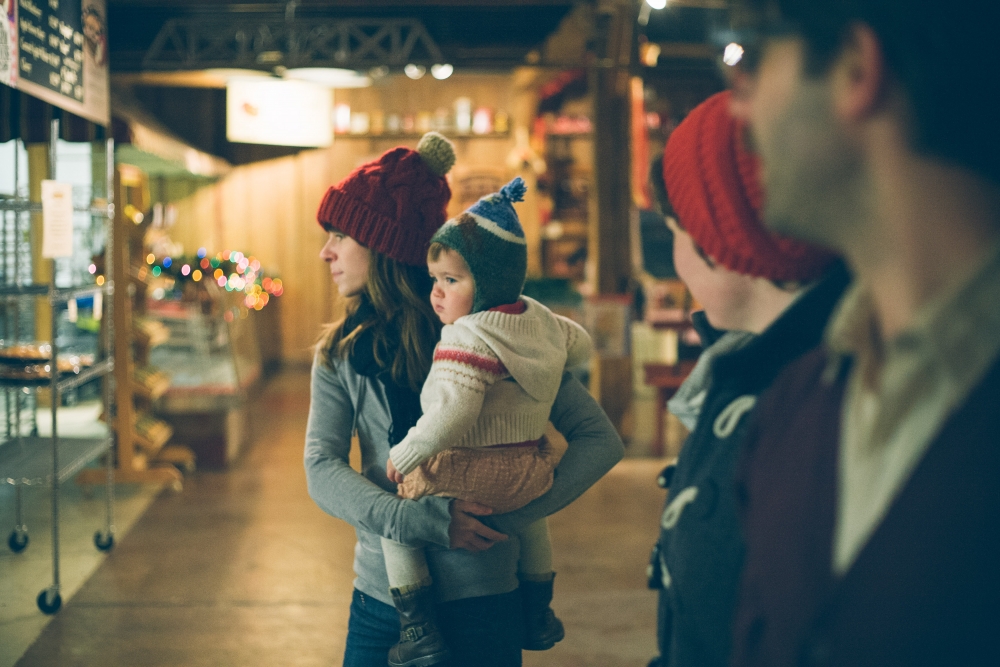 After cutting our trees and hauling them back to be wrapped up, we went inside for hot apple cider and cider donuts. 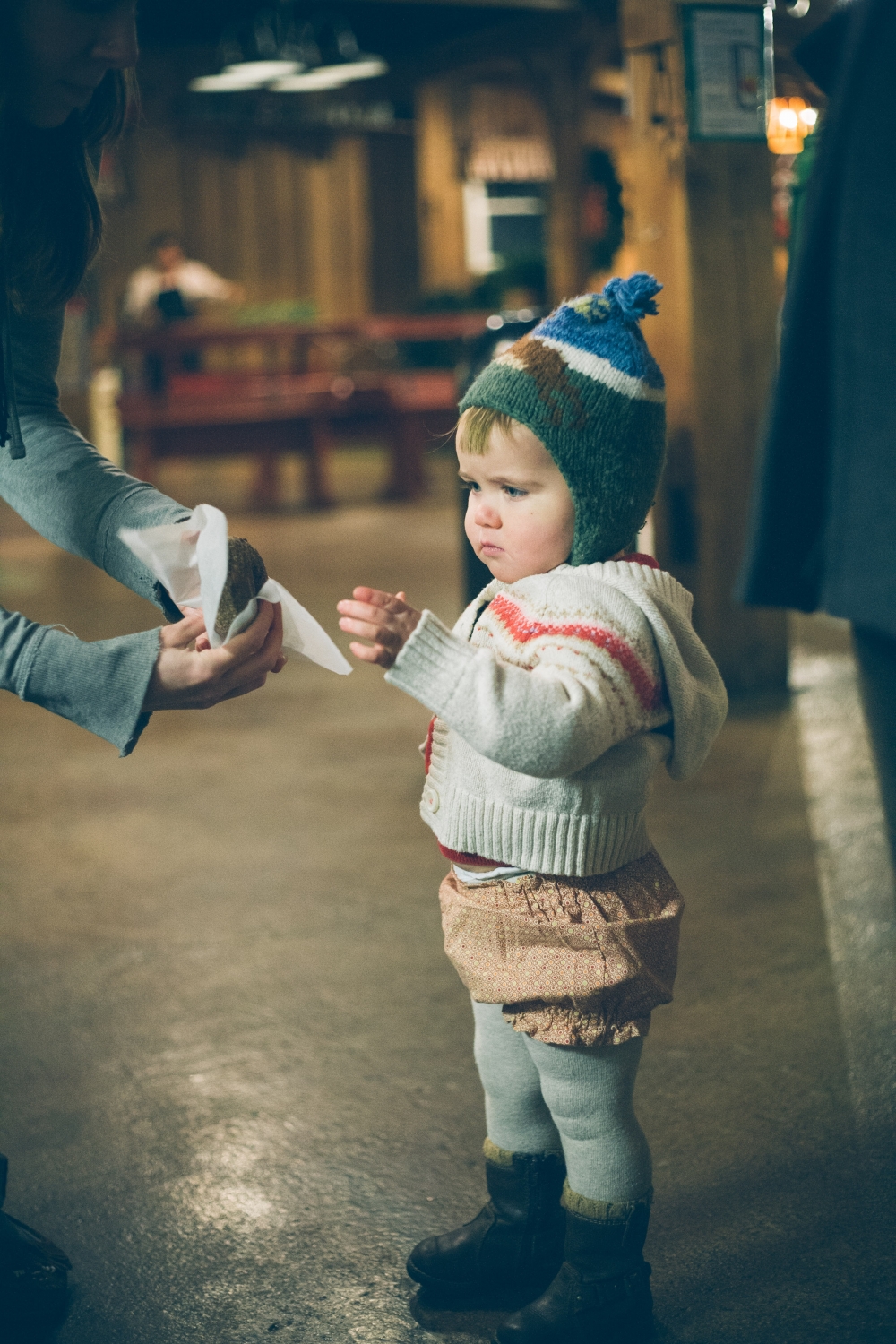 As a special treat, Indy was allowed to have a donut all to herself. . .and now, gratuitous baby-eating-donut pictures. . . 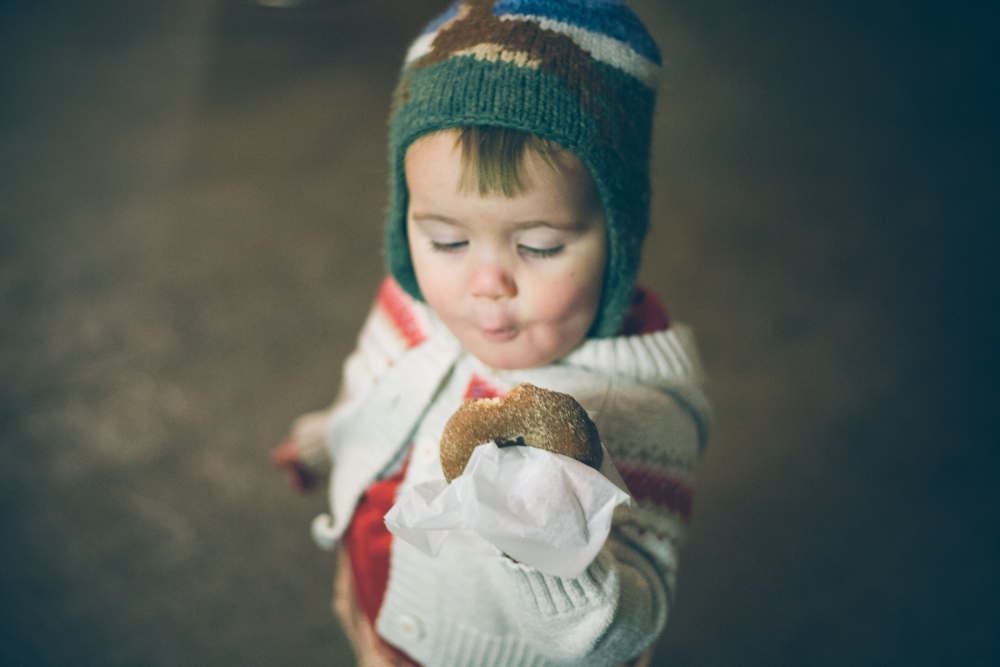 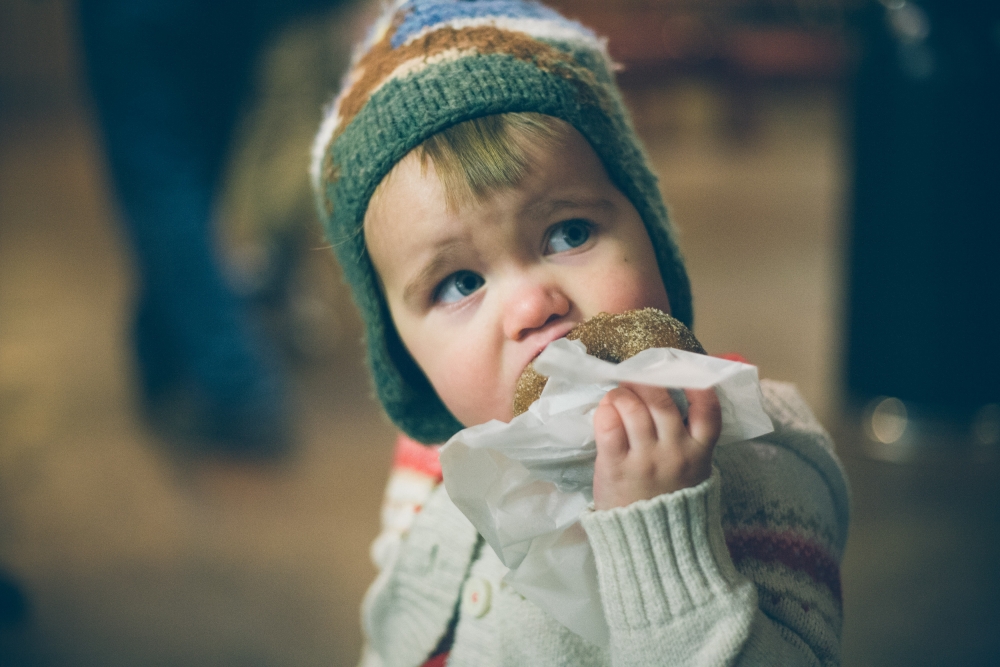 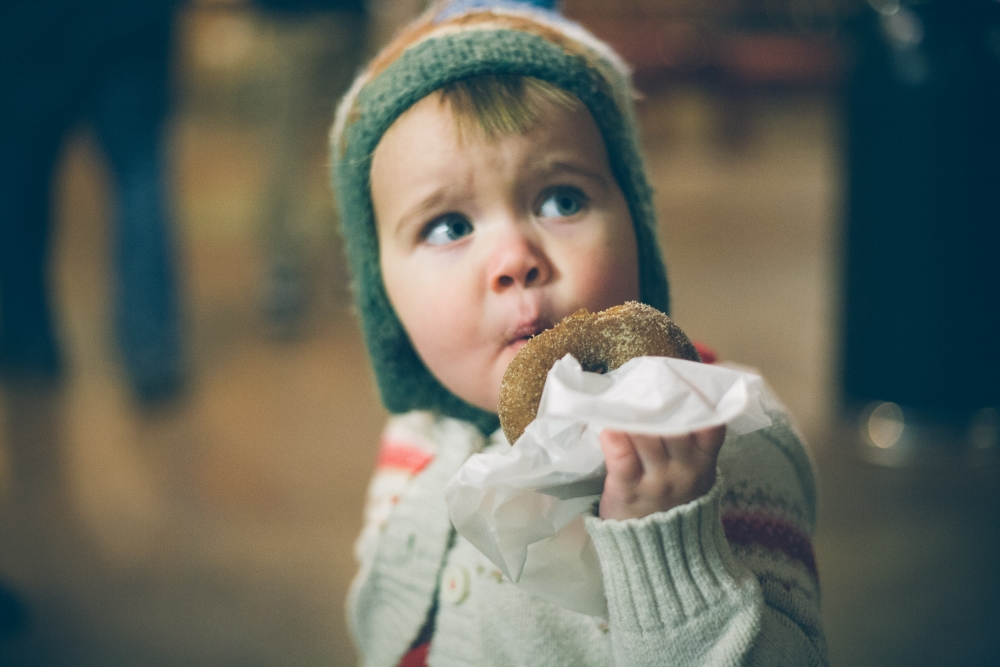 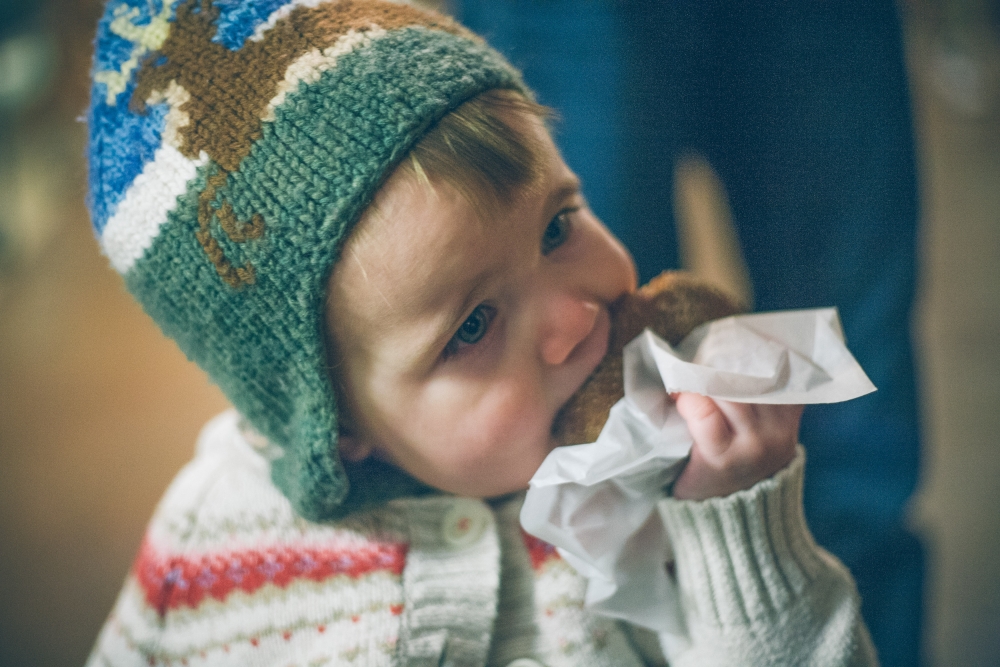 Then the trees were tied to the roof, and we piled into the car and made it about 3 minutes down the road before we had to stop. . . twice. . .to fix the sliding trees. At one point I accidentally hit the sunroof instead of the dome light button, and as it slid open pine needles started raining in from the sky. This royally freaked Indy, who inconsolably cried and jabbered with a look of sheer horror on her face for quite a while, and during every adjustment of the trees on the roof thereafter. I'm sensing a scar for life. 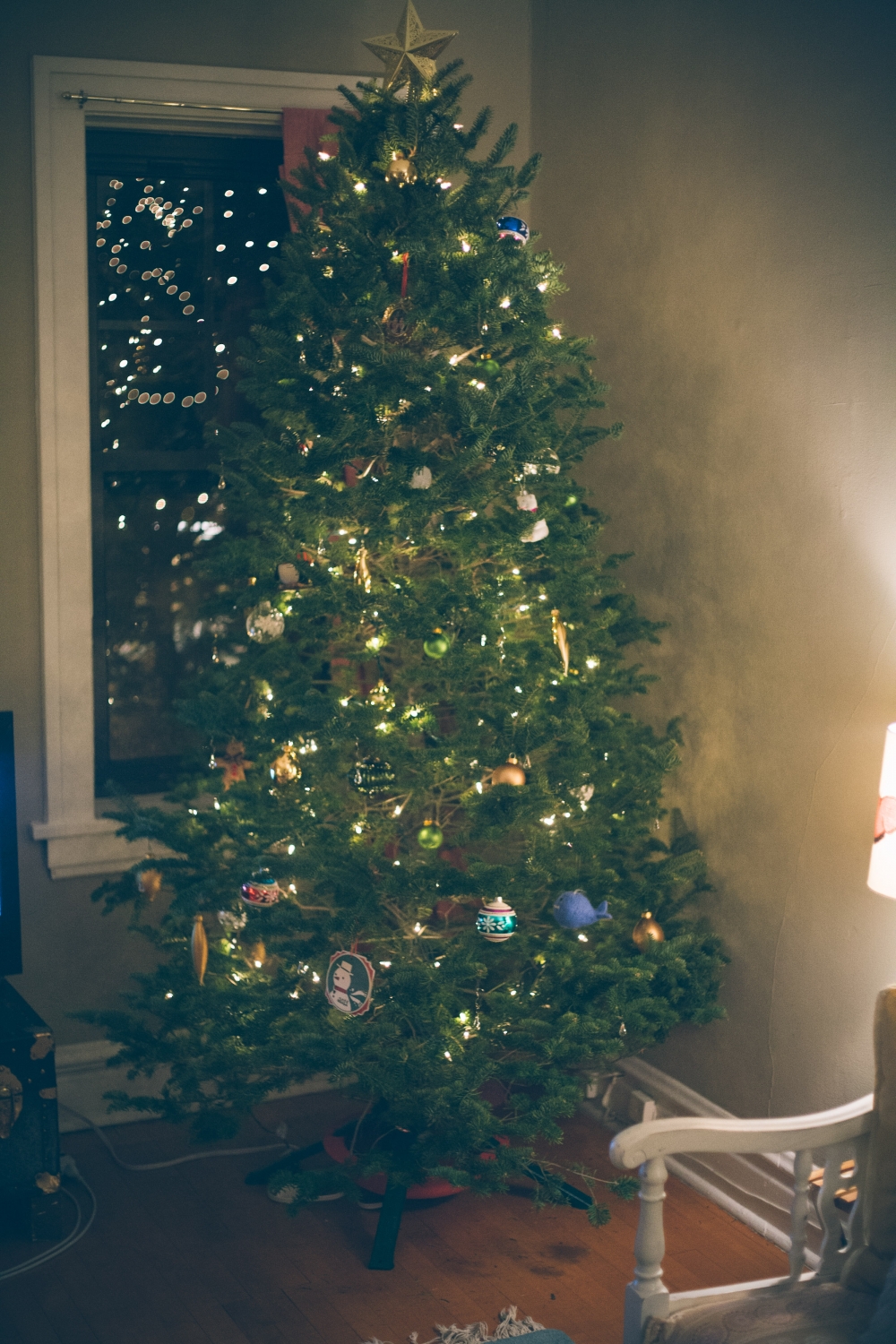 Once home, we set up and decorated. Now its much easier to convince ourselves it's Christmas, despite the less-than-Christmasy weather we've been having. 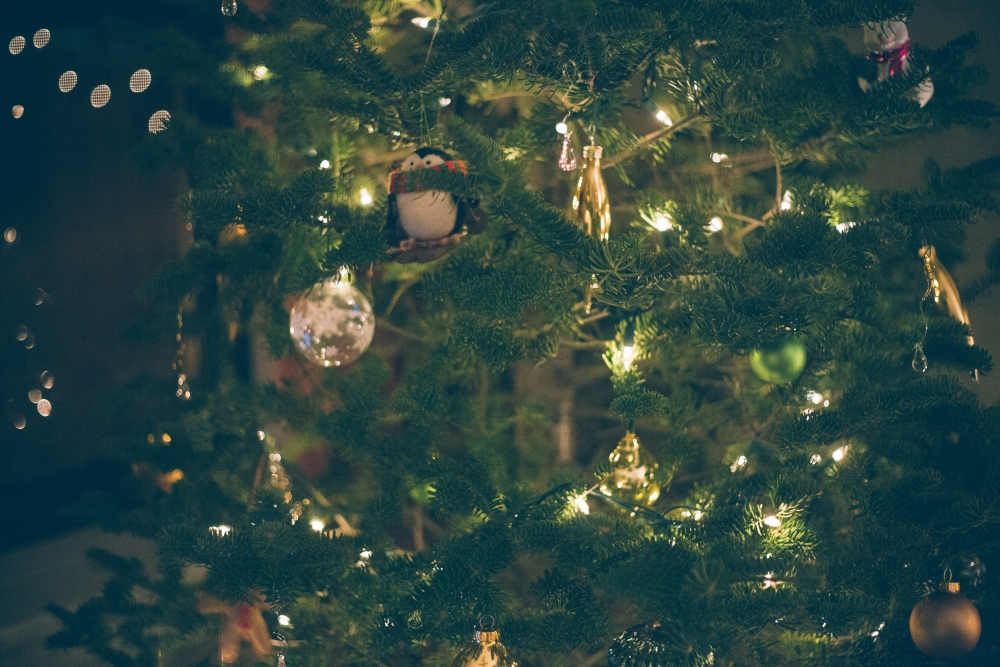 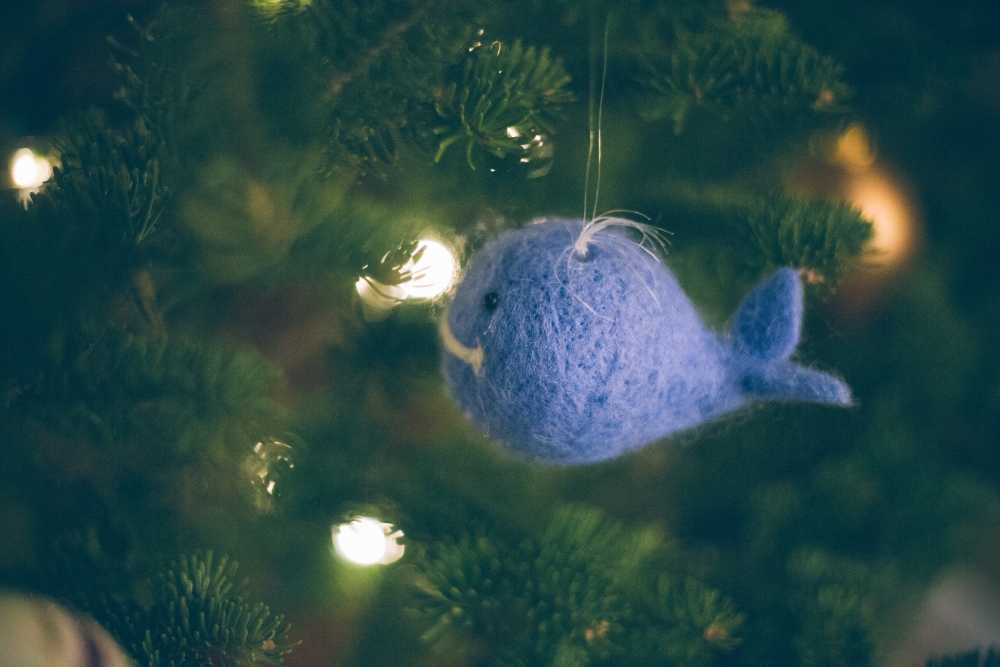 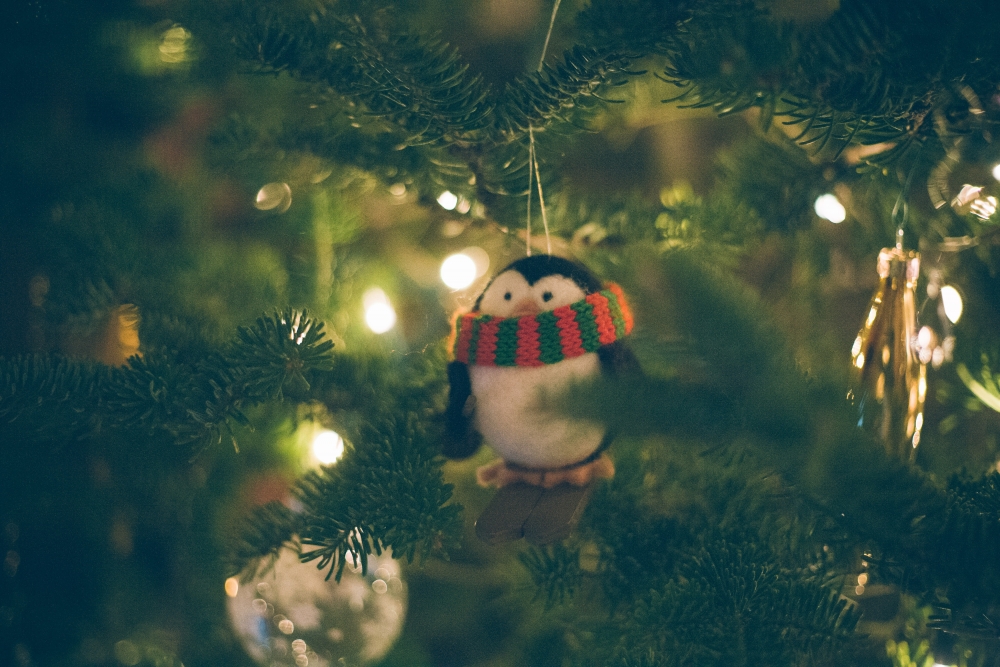 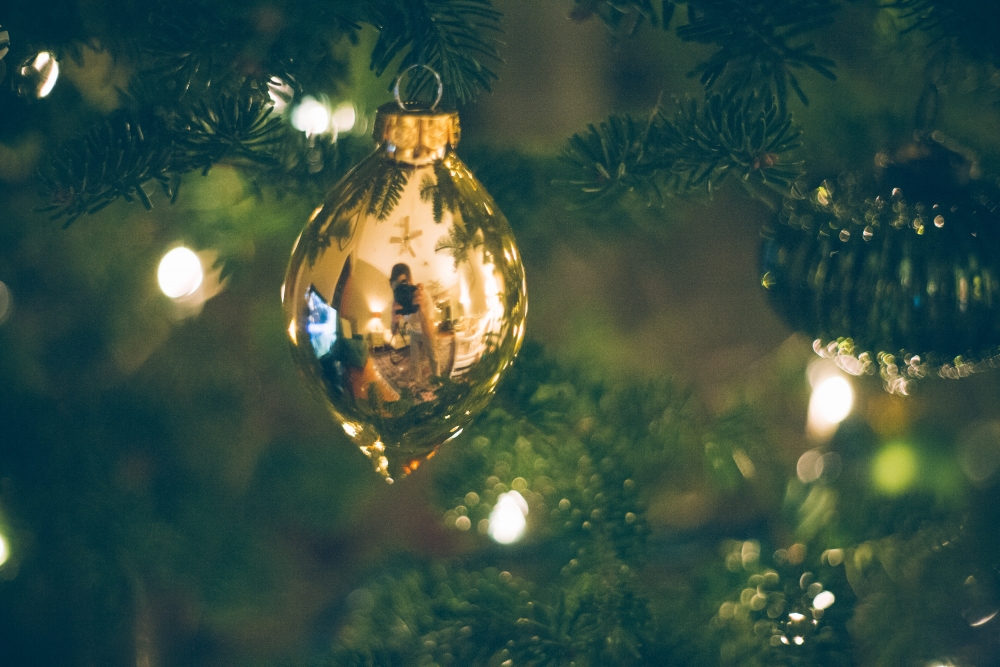