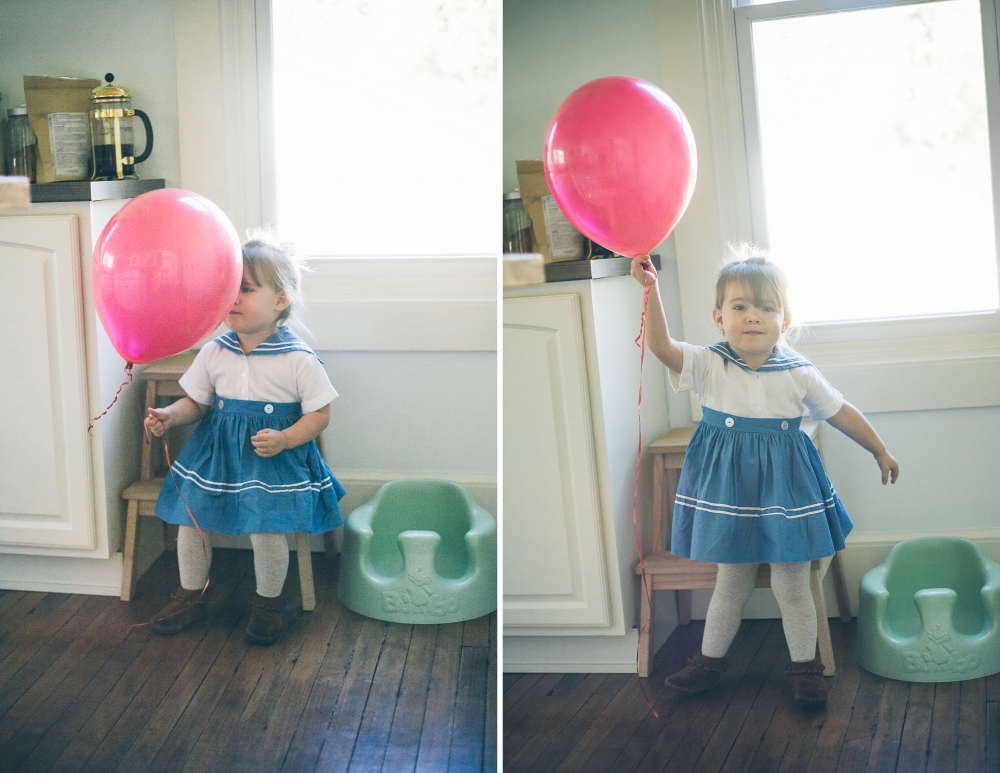 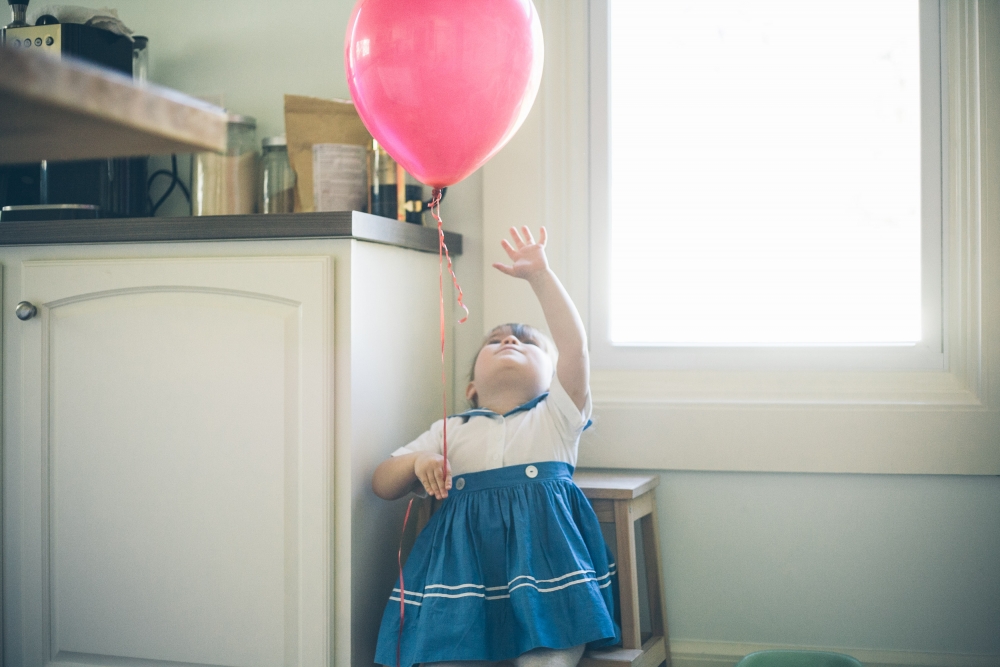 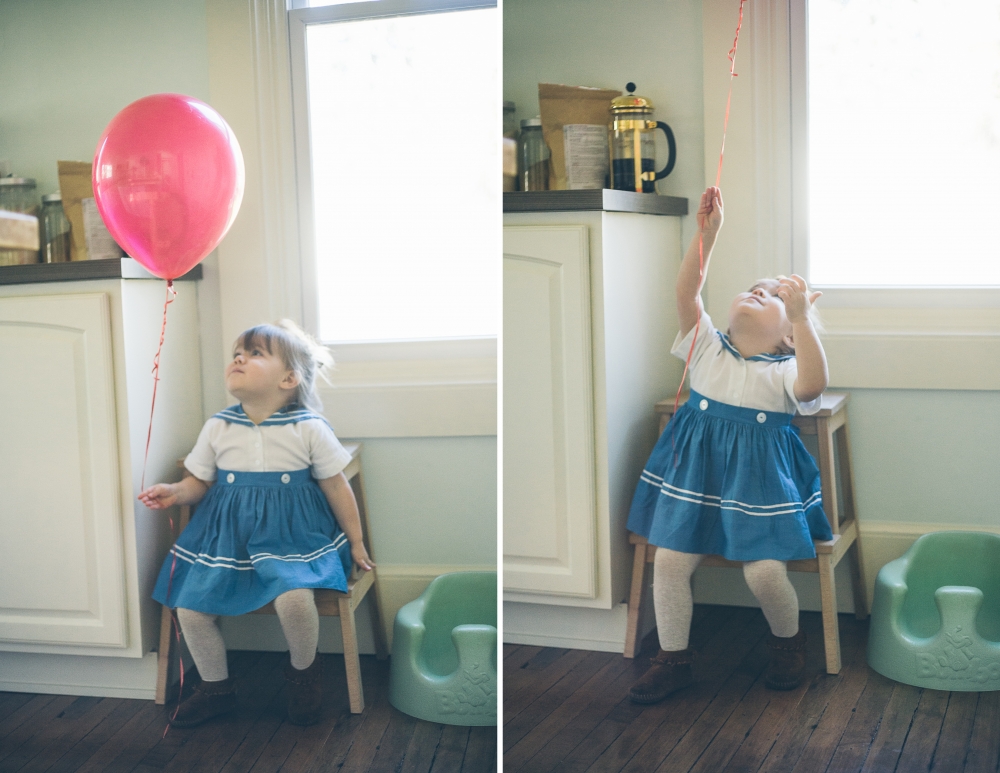 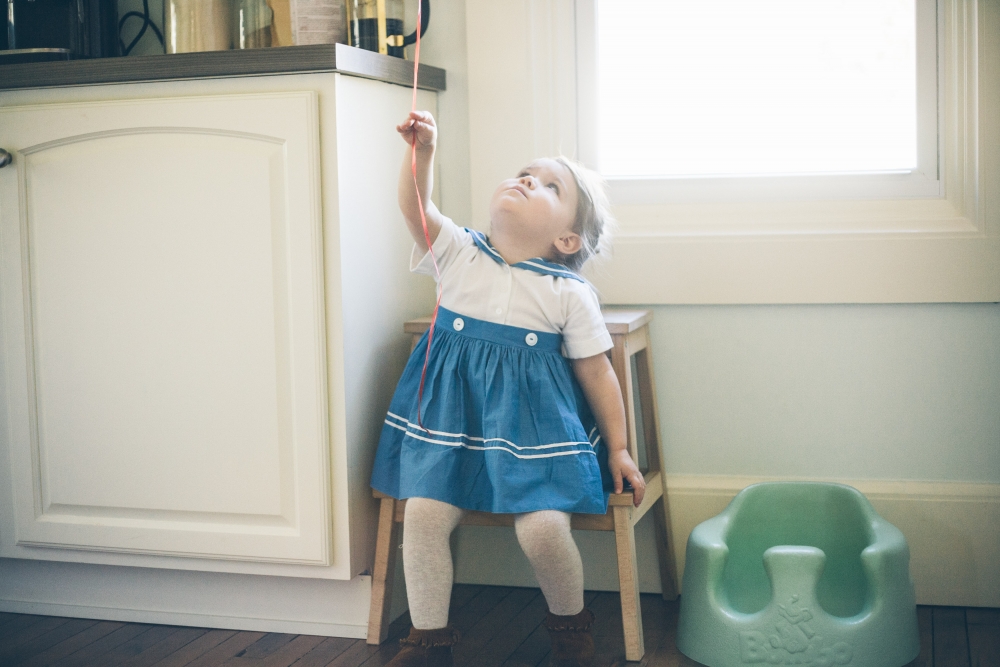 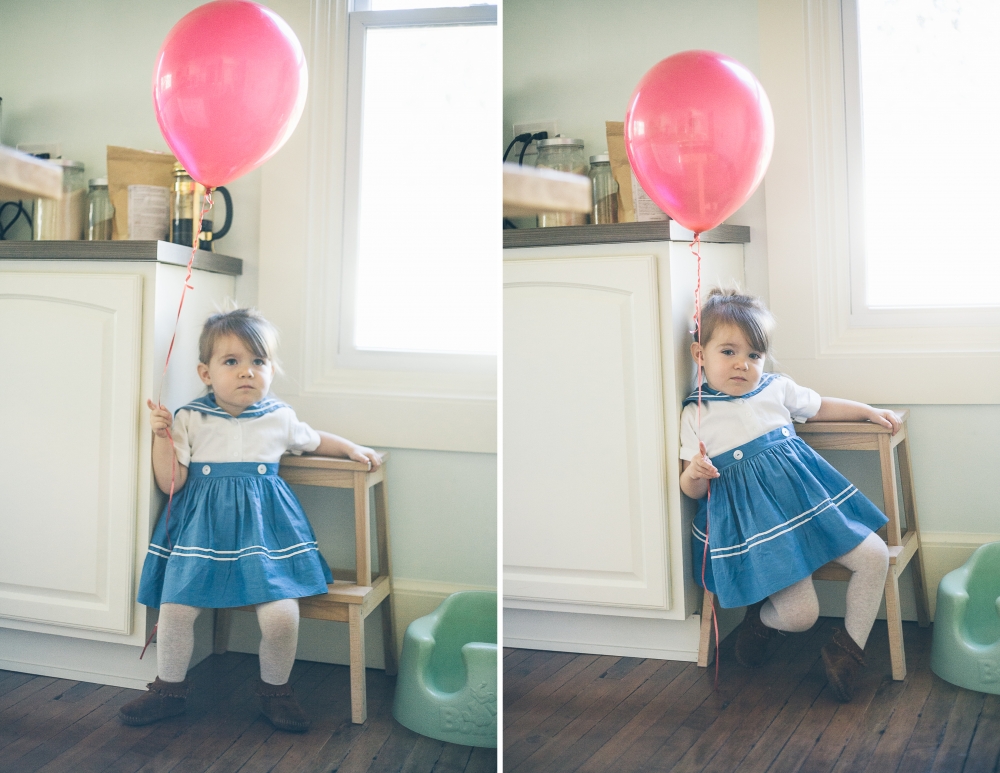 I promise I did not even stage these. Indy brought this balloon home from a church event on Saturday evening and has been playing with it ever since (she calls it a "bah-balloon"). Every time she accidentally let it float to the ceiling she would immediately start to panic as though there was no way she would ever be able to get it back (forget about the fact that we had already retrieved it for her 10 times already), so in between playing with it she would store it in a sideways crate we happen to keep in the office, so that it would stay at her level. Genius.

Also, you might be looking at these thinking, "awww. . . how cute. She could be a model, a little girl model."

I would not wish the task of taking her picture on anyone. You might see pictures of Indy on here and think she's so cooperative. She is one of the sassiest little girls I know. She actually brought me to tears once when I was trying to get her to model a handknit for me. She jumps into pictures when I don't want her in them and she runs away when I do. "Indy, look here!" is usually met with a sly smile and a back turn. "Stay back there!" and she runs full speed at the camera. Say "come closer!" and she'll disappear around the corner. Sometimes I ask Alan "did we make her this way?" (as in, so sassy). Us Millers, well, we can be a pretty spirited bunch, and a toddlers reinterpretation of all of that can be a little. . . cheeky? saucy? impertinent? all of the above? But who knows, nature/nurture is a complicated affair. She might have been just been born with a knack for scowling, but as a mother I'm always a glutton for a good guilt-trip, so if she rolls her eyes I'M THE WORST MOTHER EVER. That was a bit dramatic. I'm deep in the Fangorn Forest of Terrible Twos. The reality is that some day, like all of us, she will learn to pass things through a filter of kindess. Sassy will become spunky, plucky, and brave, and I won't want her any other way.