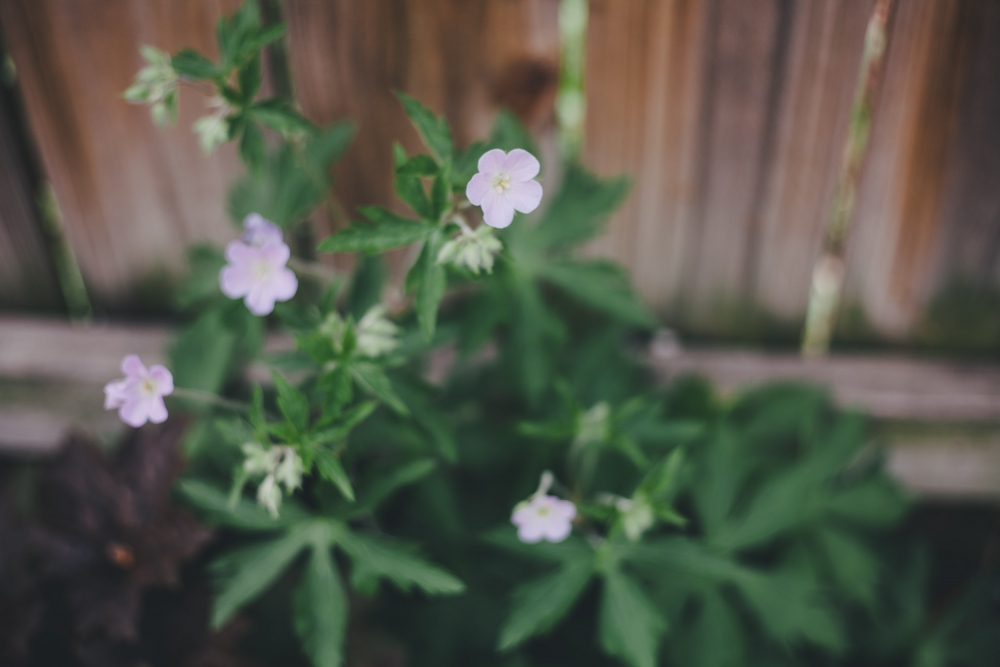 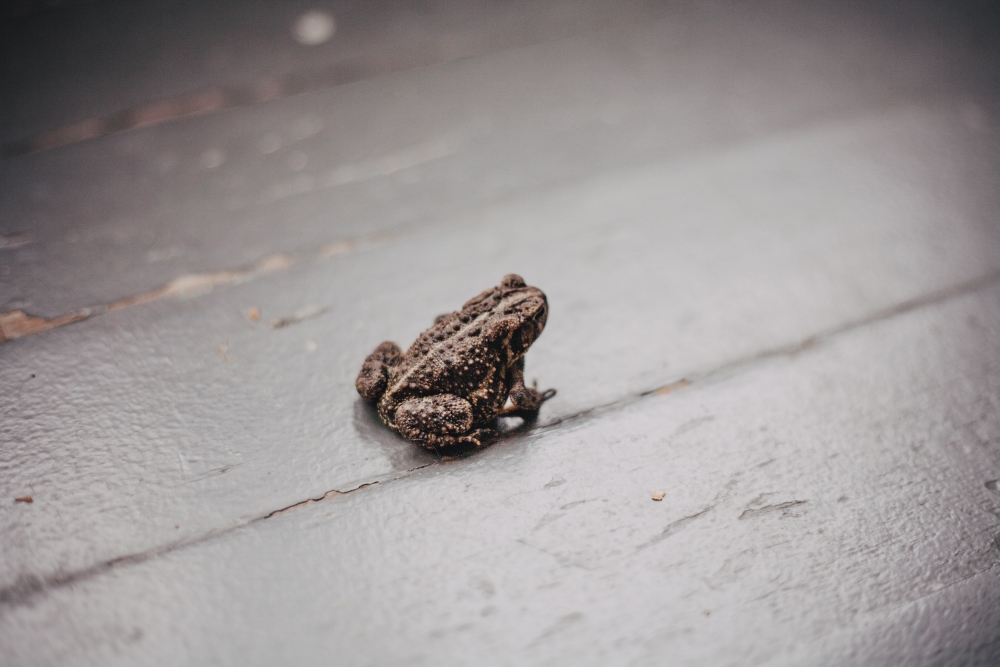 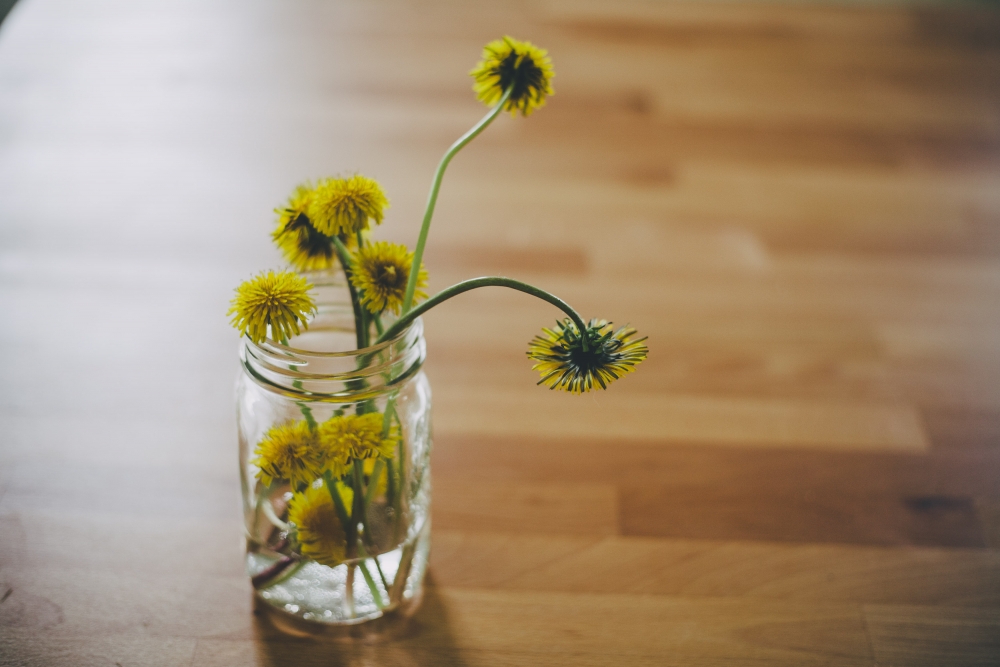 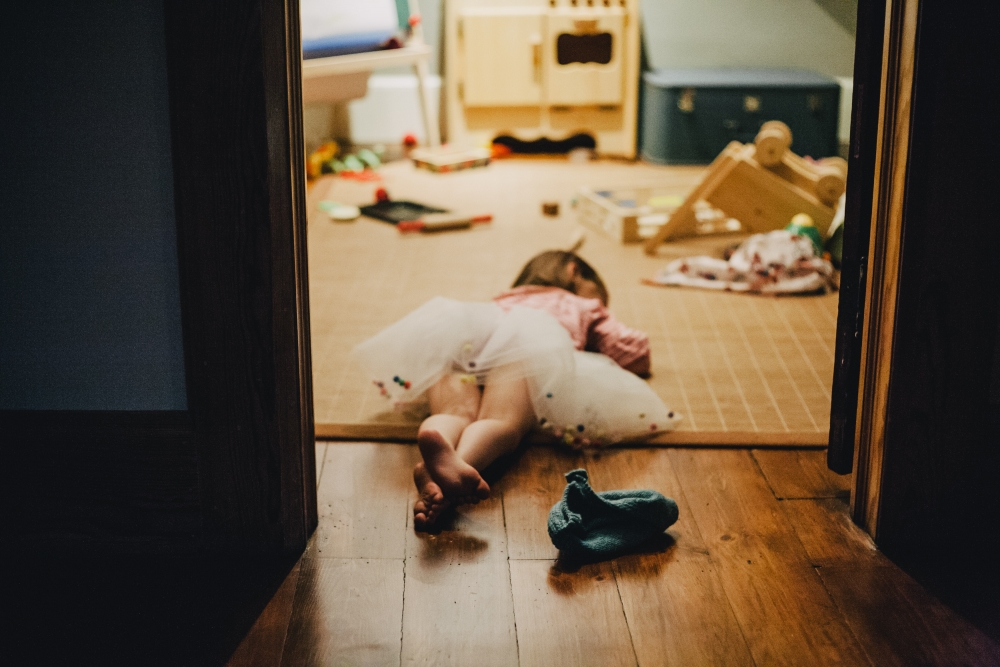 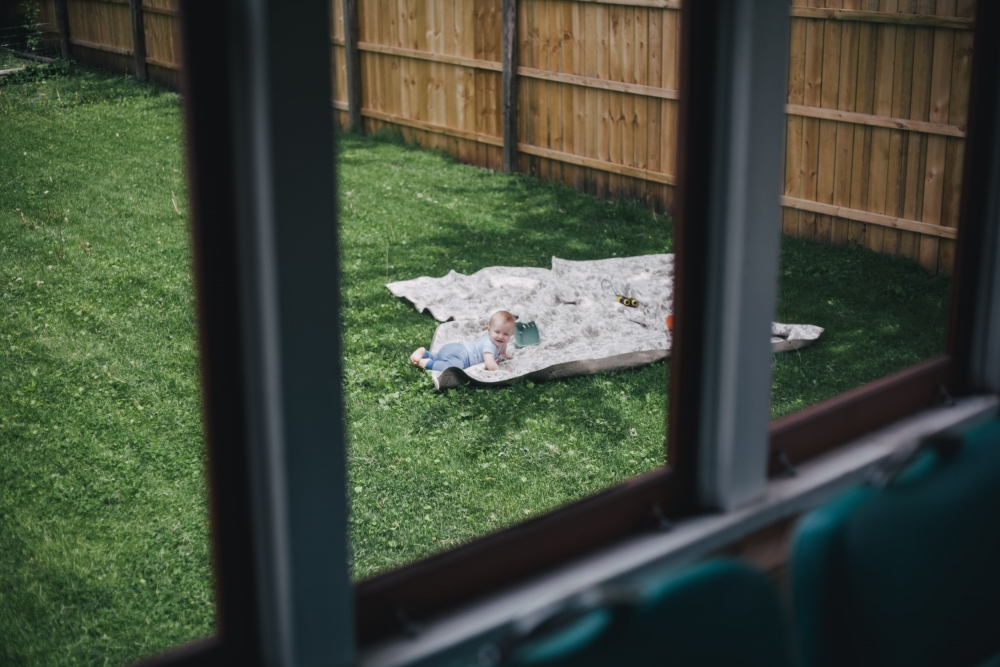 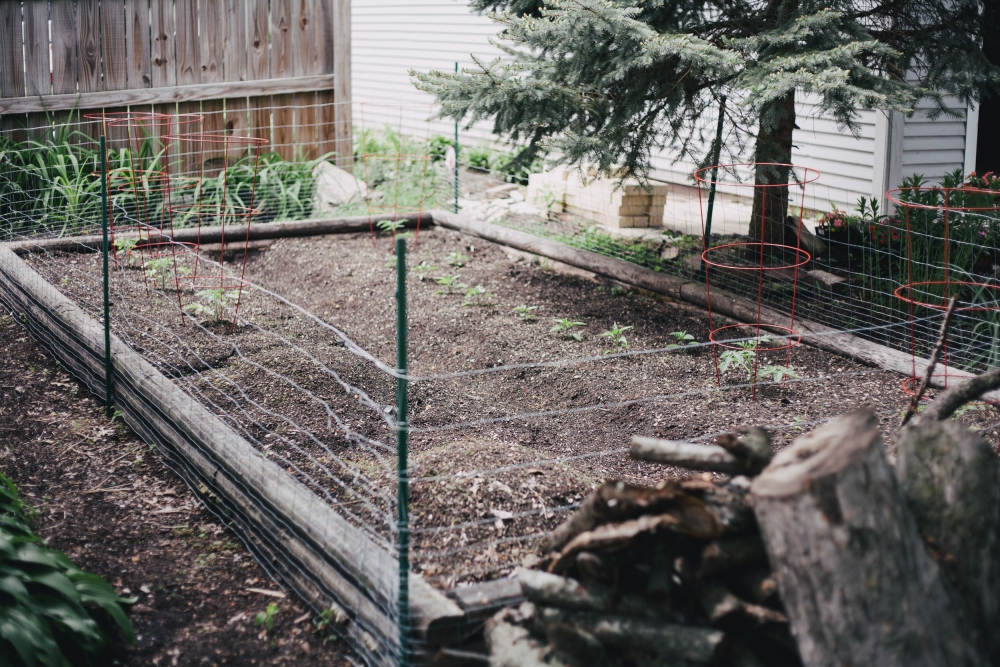 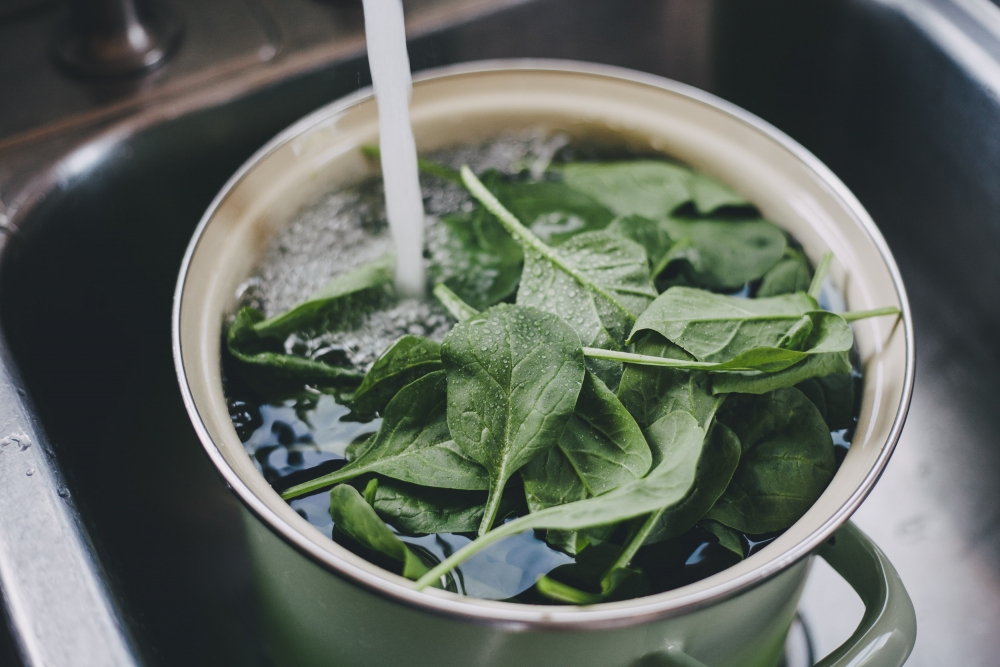 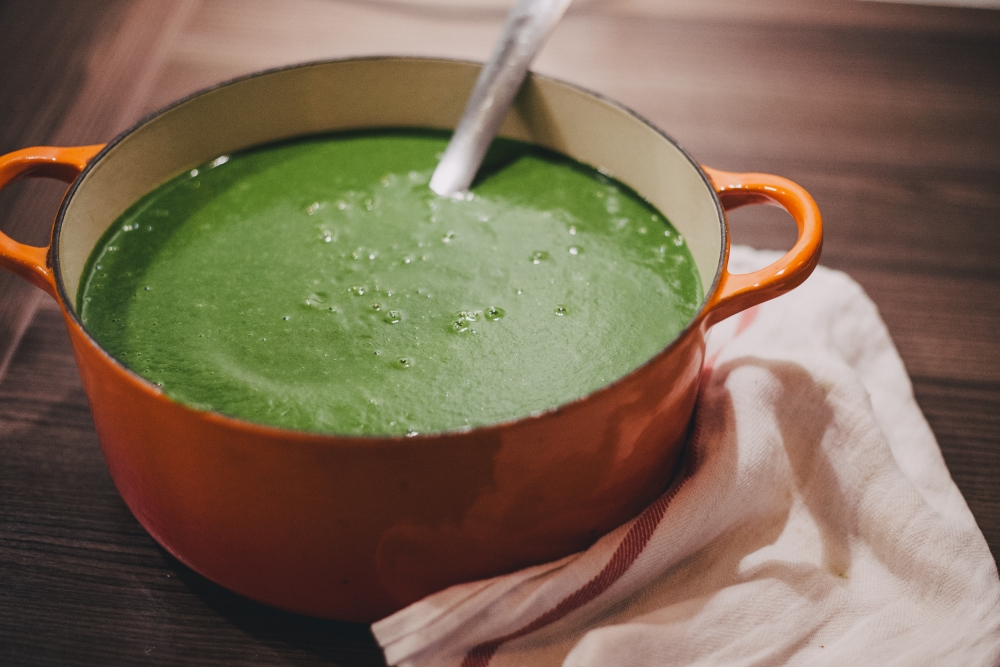 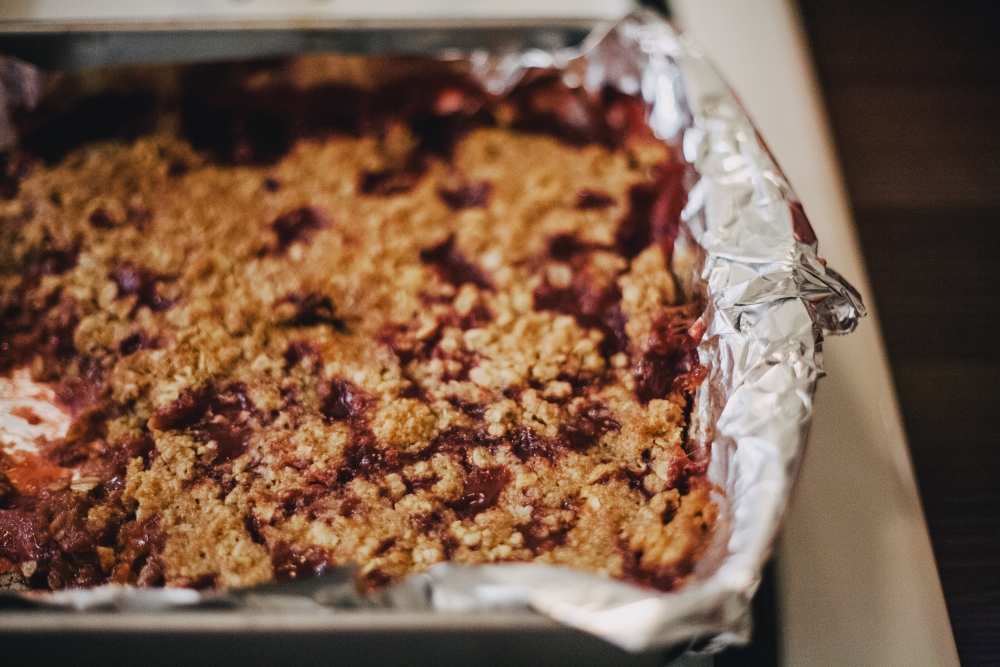 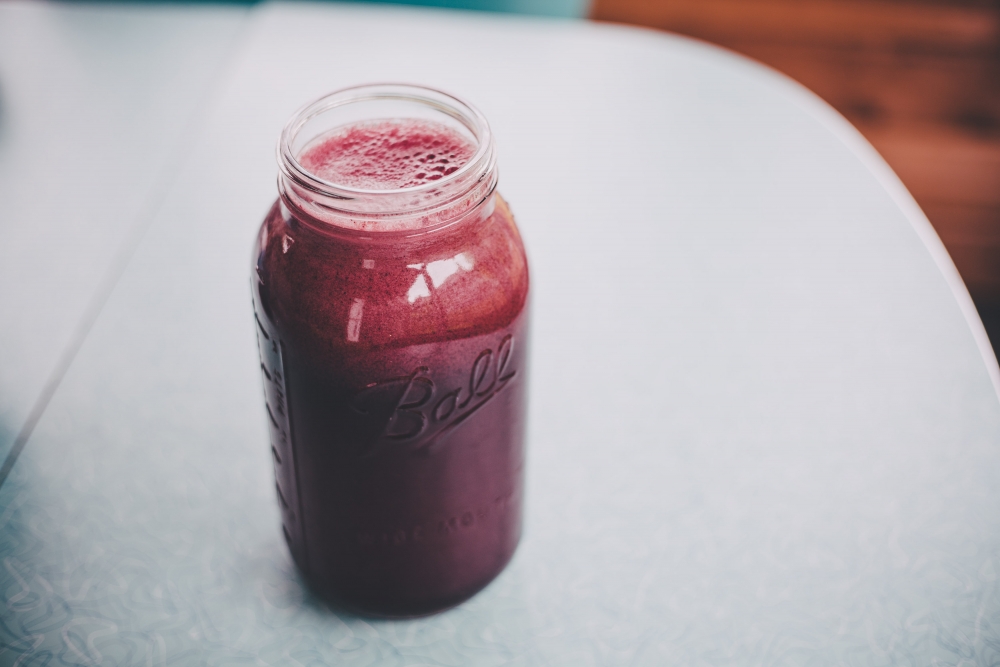 For the past five to 10 years, because of either choice or circumstance, summers haven't found me outside all that much. Between classic teenage laziness, working, or in the case of the past few years, apartment living, I've spent most of the summer days inside air-conditioned cars, houses, or stores. This lead me to believe that the magic of summer had faded with age, and that there was likely no magic left to be sought, even if I had desired it. As this season has rolled around and begun to unfold, every warm morning has left me dizzy from inhaling the dewy air, every evening has found me giddy from the smell of burning firewood lingering around our neighborhood. At night I wash my muddy feet in the tub, such a forgotten but familiar ritual, and when I nurse Tenny back to sleep in the early morning, just before the sunrises but it's still dark, the distinctive break-of-day song of the birds has me feeling like I could open my eyes to the walls of my childhood bedroom. The magic has always been there, but it lives outside and only creeps through open windows. I read a long time ago that smell is the sense most strongly linked to memory, and I'm frequently aware of that fact. For the first time in many years I am experiencing all of the familiar smells of summer, and they're unlocking so many dusty memories that I didn't even know were still buried in the back of my mind. I'm loving the humid heat, the billowing and pulling of the curtains at our bedroom windows, the sun stinging the back of my neck and the smell of the garden hose. I'm so grateful for our screened porch, which ushers us into the yard, I'm even grateful for those annoying mosquitoes bothering me while I'm pulling weeds (okay wait. . . no I'm not).

Our tiny family members, though, do not seem to be as grateful for the heat. People always say that kids don't seem to mind the heat, but I think the grump meter over here might say otherwise. Indy spent literally 5 hours tantruming the other day. The original offense that set it off was my refusal to let her eat inside when the rest of us were eating on the porch, and the resulting hoopla in her room wore her out so much that she eventually passed out on the floor. So disturbed was she by the whole ordeal that she woke up probably 4 times during the night, screaming her head off, refusing to let anyone know what was the matter or what she wanted, and refusing to go back to sleep. It was so unlike her that I think Alan and I lost more sleep from worrying about her than from her waking. Tantrums are certainly naughty behavior, but I was also reminded of how hard it must be to be so small with such big emotions and to not really know how to deal with them all the time. For that aspect of it, I try to have a little grace. The dandelions Indy picked from the yard for me help with that :)

In the garden: everything is in the ground in the other raised bed - two types of tomatoes and melons, basil, and jalapenos. I companion planted cucumbers under the sugar snap peas, which will take over the trellis when they're done, and put in corn and sunflowers along the fence. The carrots are growing, and the spinach is so productive I can't keep up (I'm giving it away, and blanching and freezing some as well).

Made last week (and the week before): Jamaican spinach soup, recipe from the real food meal plans by Holistic Squid (we've been doing these meal plans for 3 months or so now, and they are awesome - they come as a weekly email that includes 6 meals with enough leftovers for most lunches, directions to make everything from scratch, chicken stock every week, a complete shopping list, and all with ingredients we approve of!) Strawberry rhubarb crisp from this recipe, but with less sugar, and heavy on the strawberries. Blueberry lemonade (with frozen wild blueberries). 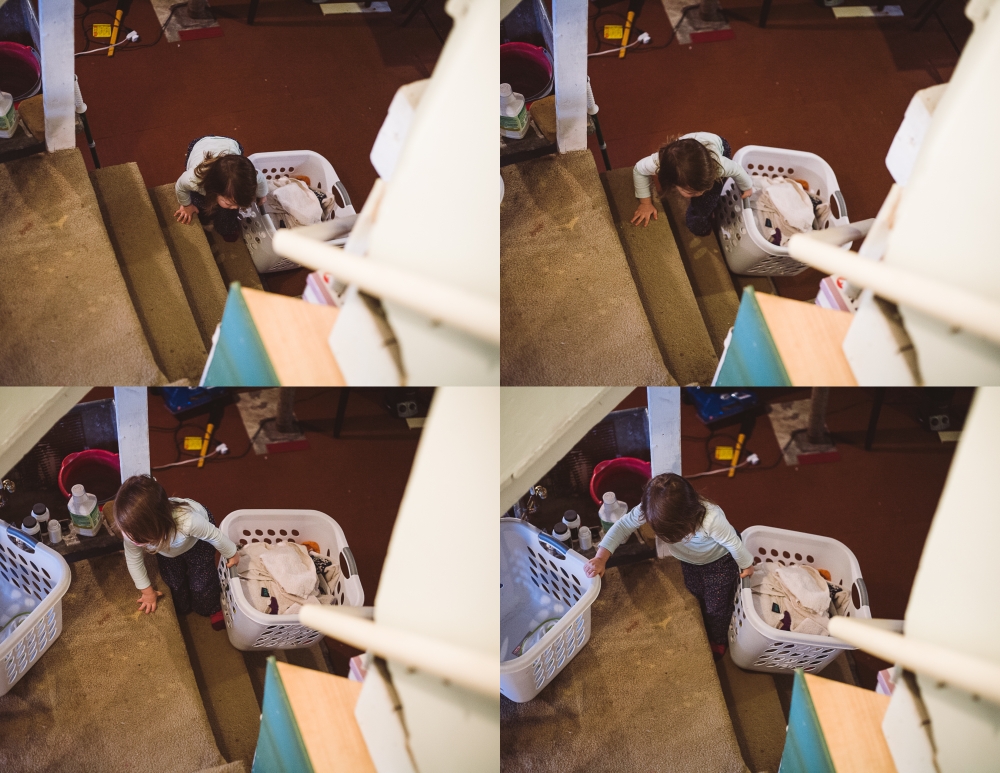 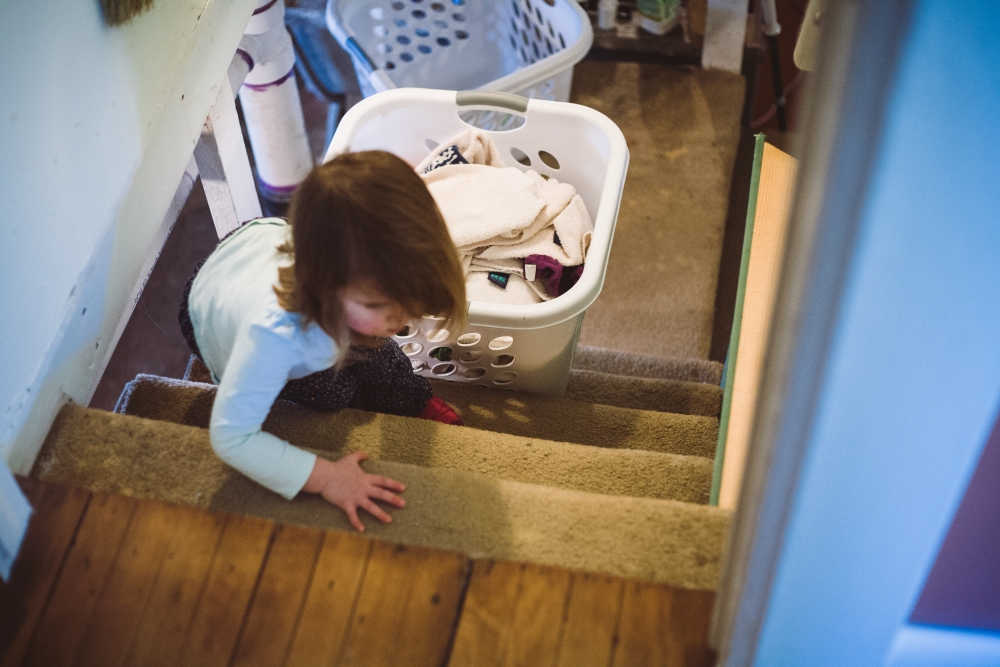 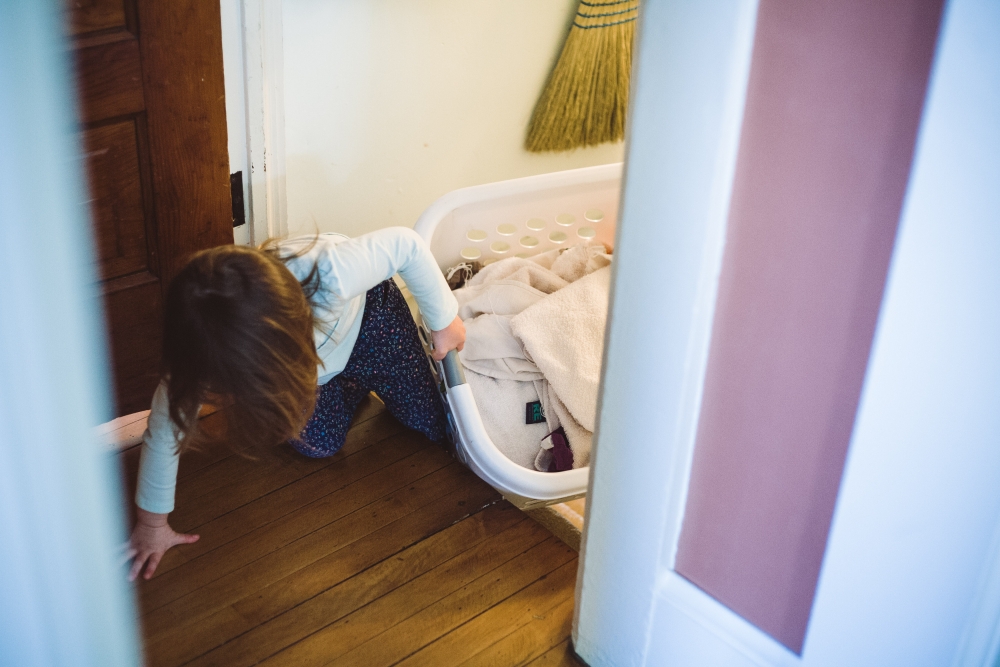 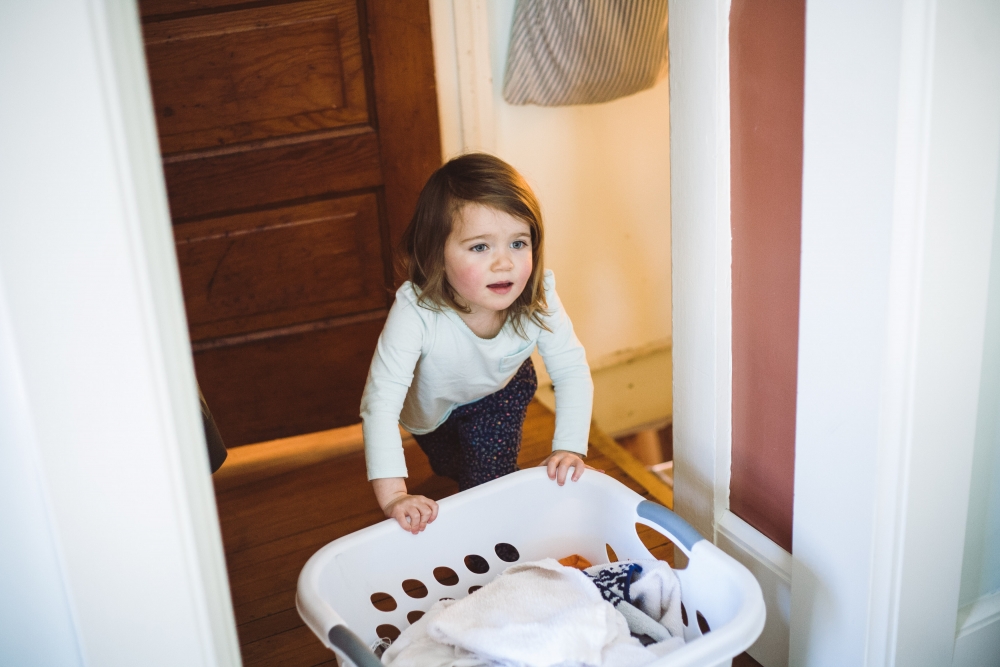 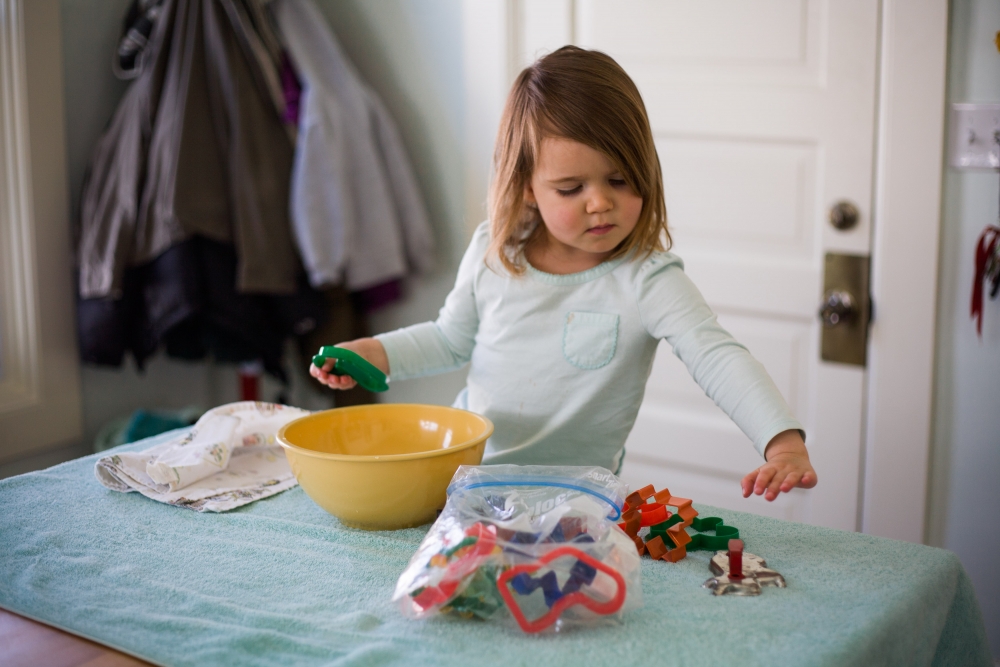 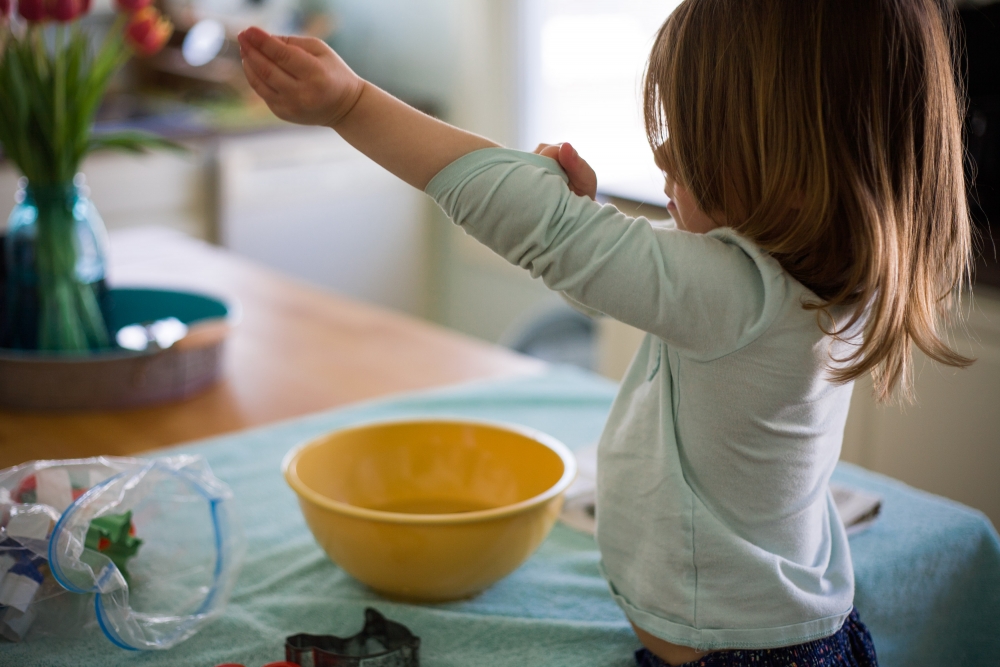 When she got to the top of the stairs, and I kid you not, she thanked me for letting her pull that basket of rags up for me. Well my pleasure!

Recently, more and more, I have been giving Indy tasks and responsibility. Sometimes it's just play that also happens to develop useful skills (like "washing the dishes"), but it is also frequently a genuinely helpful favor (she calls them "favorites," as in, "mommy can I do you a favorite?"). I've written before about how her competence often surprises me. As a freshly three year old she unloaded this clean basket of rags from the dryer and pulled it up the stairs, she carries wet diapers upstairs to the diaper pail, drops them in, and brings the cover back downstairs for me. She routinely gets me fresh diapers and clothes for Tenny, and occasionally helps me clean up toys. These are legitimately useful "favorites," and after she completes them she beams with satisfaction. She even helped me start some seeds the other day, her tiny hand quivering with attempted precision as she dropped them, two at a time, from the quarter teaspoon into the tiny holes in the soil. Okay, I'm bragging on her a little bit, but I am a proud mama.

I think useful work that contributes to family life is so important for children, and yet a seeming rarity in childhood these days. I think people are hesitant because it can be hard to be patient, or because they don't think small (or sometimes older) children are capable or should have to do chores or other "work". If children don't get the opportunity to work at useful tasks, everyone suffers; the family suffers because they don't have the extra set of hands helping out, and the child suffers because they miss out on opportunities to learn good work ethic and gain a positive sense of self. A little patience now, to teach and correct as they learn, pays off in the long run when they are genuinely able and helpful. I promise you're not robbing them of their childhood (if anything is robbing them of their childhood, it's spending 6 or 7 hours in a classroom everyday, but that's a post for another time). The lines between play and work are pretty darn blurred at this age, and I hope to stick my foot in the door while I can. Plus, I've rarely met a 3 year old who didn't want to help in some way. Usually it sounds like nagging to the parent. I'm no expert; I'm still working on positioning myself to teach her how to do things herself rather than just get her out of my hair. It's hard. Personally I really, really struggle with patience, but I can't deny her those beaming moments, and I daresay that if this whole experiment called parenting pays off, I'll be mighty glad in a few years for the precious helping hands.