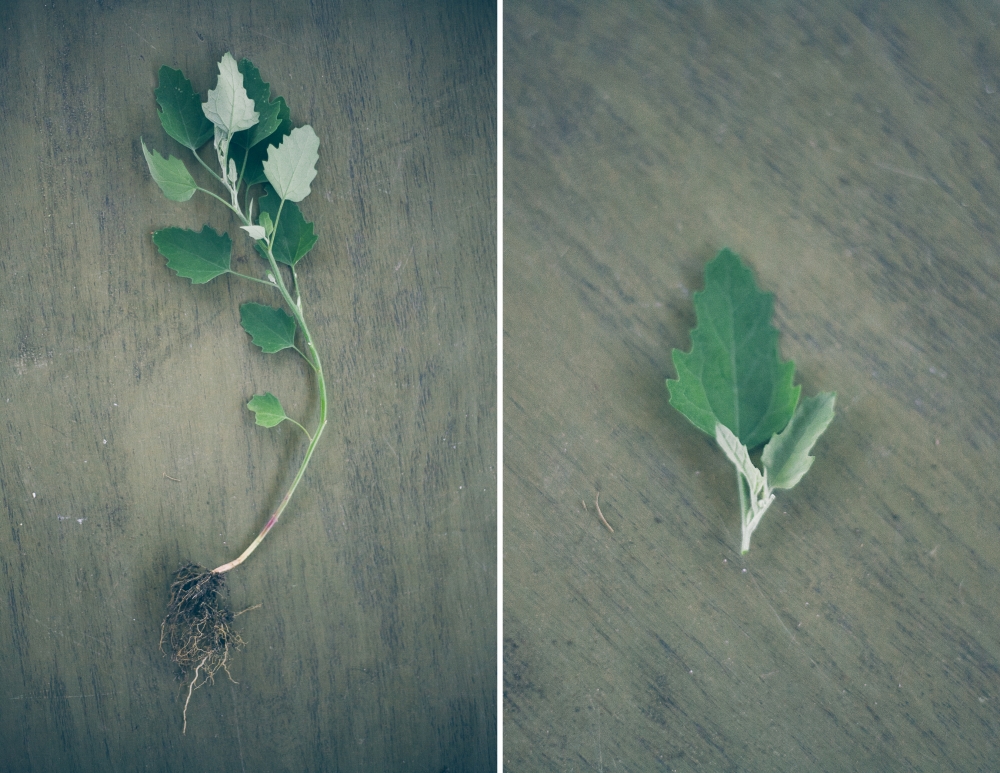 (Lambsquarters [Chenopodium album], also known as goosefoot because of the shape of the leaves, supposedly similar in flavor to spinach, and can be eaten raw or cooked.)

I'm fighting the good fight over here, folks. Sometime ago it seems that all the weeds in the whole neighborhood caught wind of the fact that what is now my yard was a weedy asylum, and they're no joke. They're bringing me to my knees (literally. . . I've spent countless hours pulling them up, without any apparent progress), and all the while I'm marveling at the futility of what I'm doing. It's a strange life, this suburban living; I'm spending precious time and energy managing which plants are allowed to grow in my yard (after all, "What we call a weed is in fact merely a plant growing where we do not want it" - E.J. Salisbury). Don't get me started on the stupidity of the suburban lawn. Good grief. A vegetable garden is one thing, keeping out "weeds" means healthier plants, better yields and therefore more food to eat, but a nicely manicured lawn is just some strange attempt at outdoor carpeting. I was remarking to Alan the other day that living in a suburban neighborhood has made me temporarily (as in, as long as we live here) care about things that I wouldn't on a farm. A little rust and chipping paint may have its charm on a farmhouse, but not so much here. And who am I? I want to landscape with mulch?! I want to landscape at all?! Anyways, so it is with the weeds for now. I'll still never care enough to touch Roundup with a 100 foot pole, but I'll pull a few weeds if it makes my neighbor Mike happy, and maybe eat a few while I'm at it. I've been geeking out researching wild edibles recently, and I've identified quite a few as I've been yanking them out of my lawn. It's been said that "a weed is but an unloved flower" (Ella Wheeler Wilcox), or, in this case, perhaps a salad. I've only been brave enough to taste one of these so far, but I hope to incorporate some edible weeds into some recipes soon. 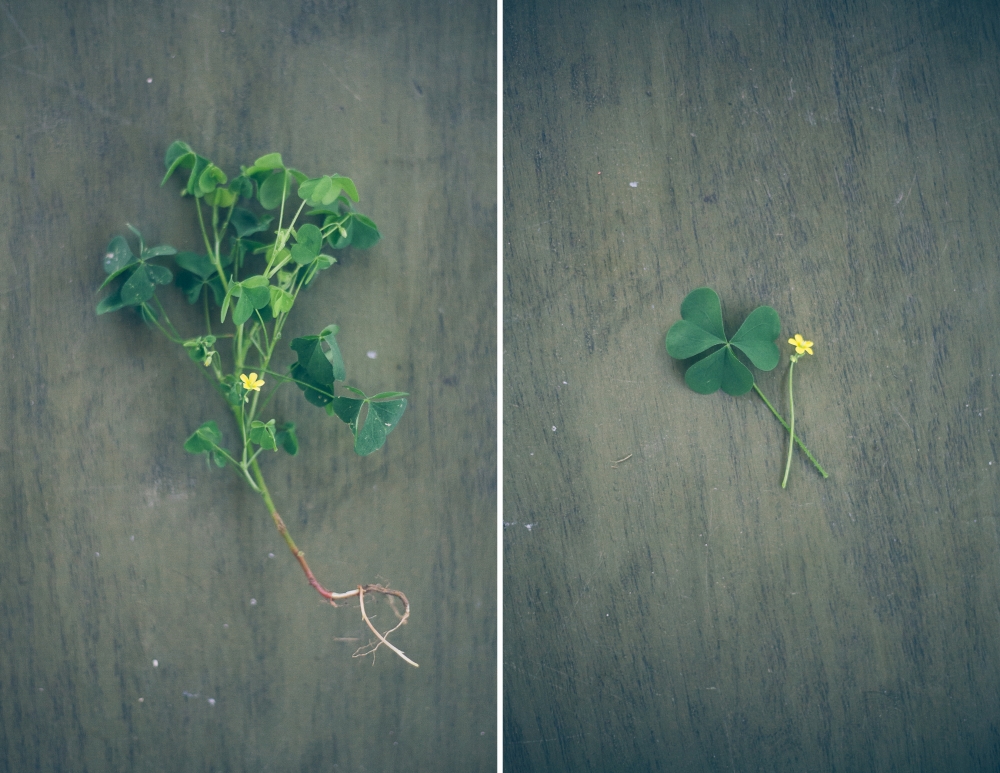 (Yellow woodsorrel [Oxalis stricta], I always just called this "clover" while growing up, and it's also known as lemon clover for good reason - it's like lemonade in plant form! Indy loves eating the sour leaves from these, and supposedly this can be made into a delicious tea and sweetened with honey. Sounds good, right?) 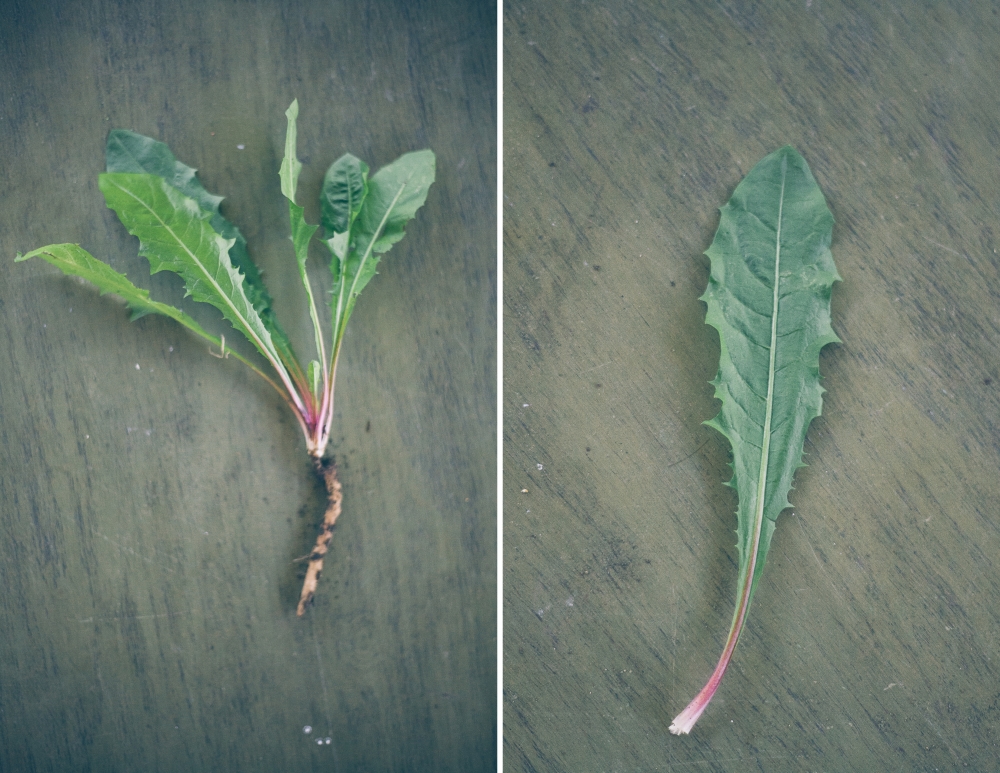 (Everyone knows this one - dandelion [Taraxacum officinale], leaves are best eaten before flowering to avoid bitterness, flowers can be used to make wine, and roots roasted to make a coffee substitute.) 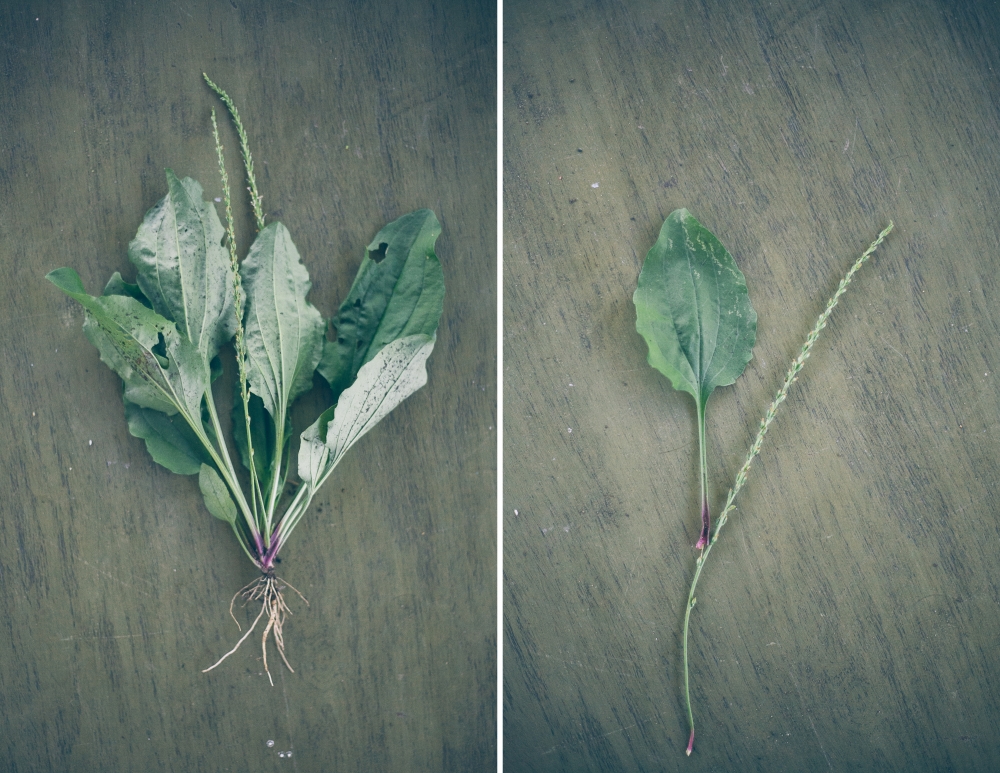 (Broadleaf plantain (Plantago major) - also a good spinach substitute, and its antibacterial and anti-inflammatory properties make it good for using on insect bites and cuts.)

* P.s. don't mess around when it comes to wild edibles, make sure you 100% positively identify something before you dare put it in your mouth.