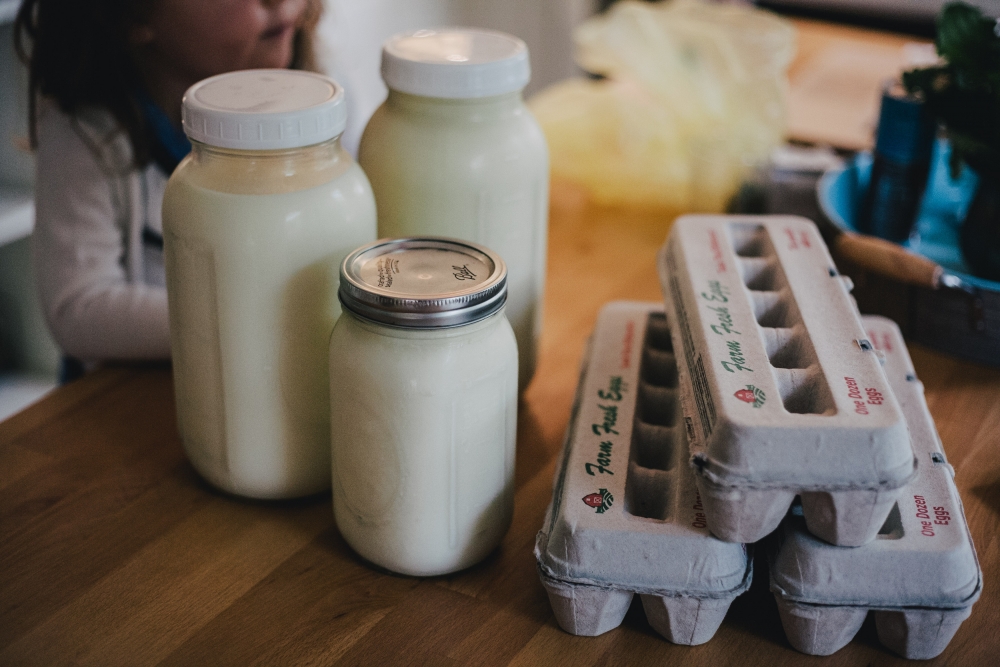 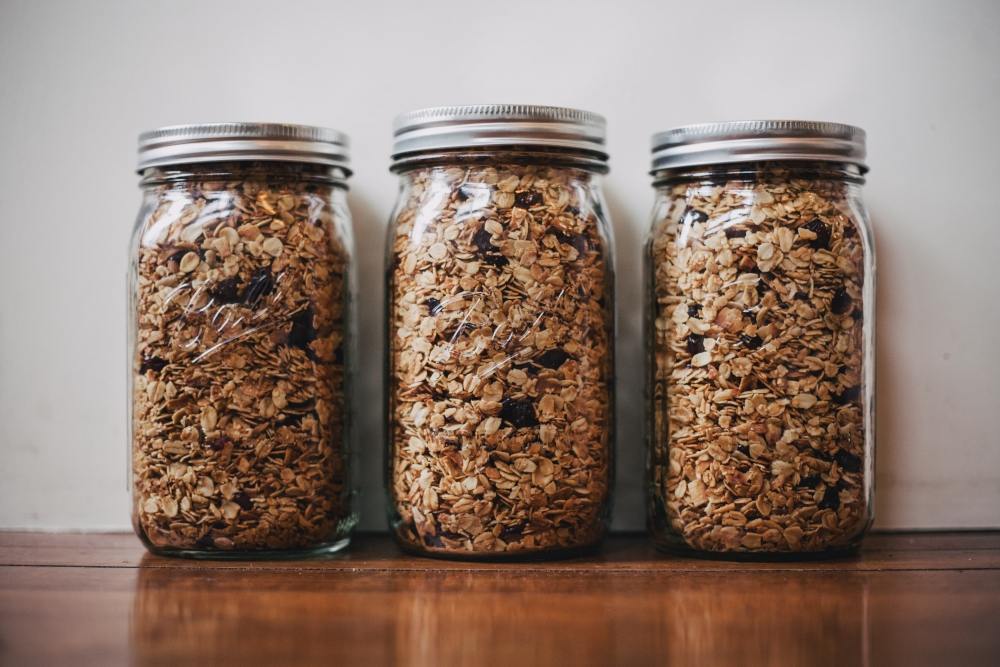 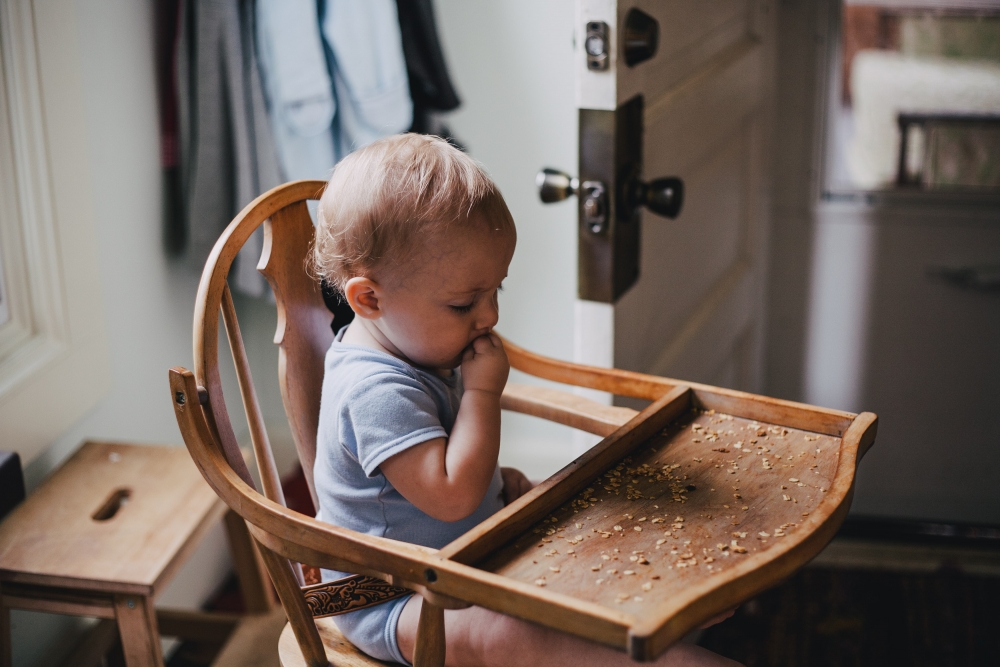 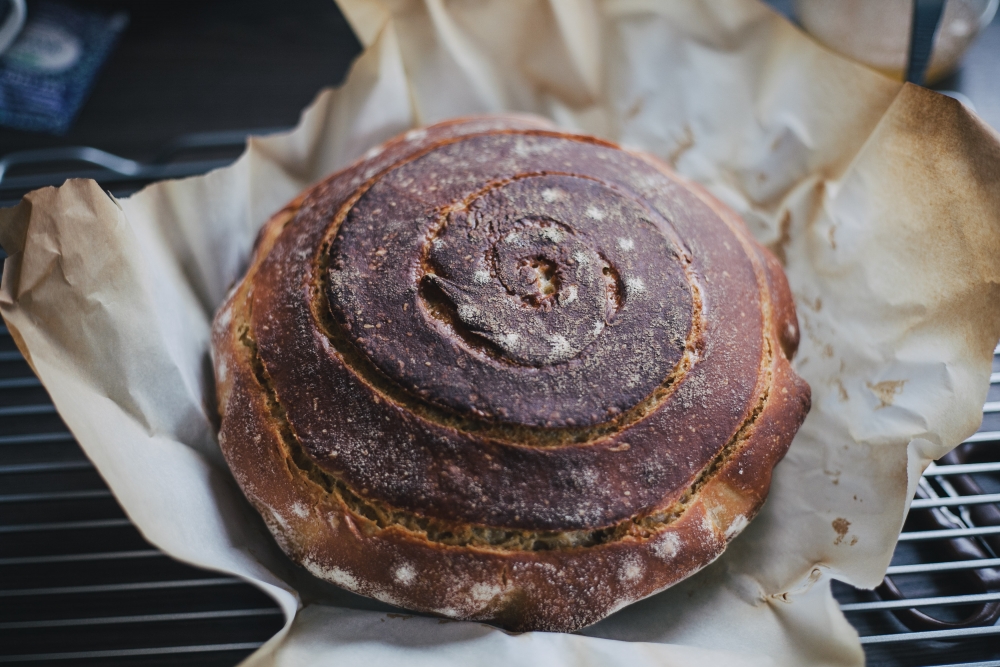 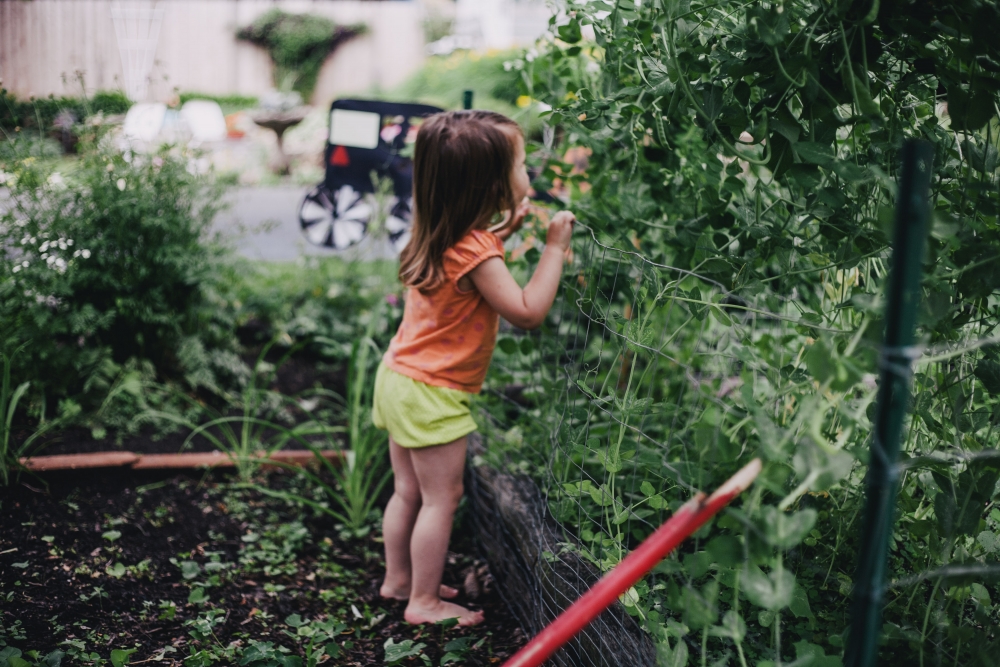 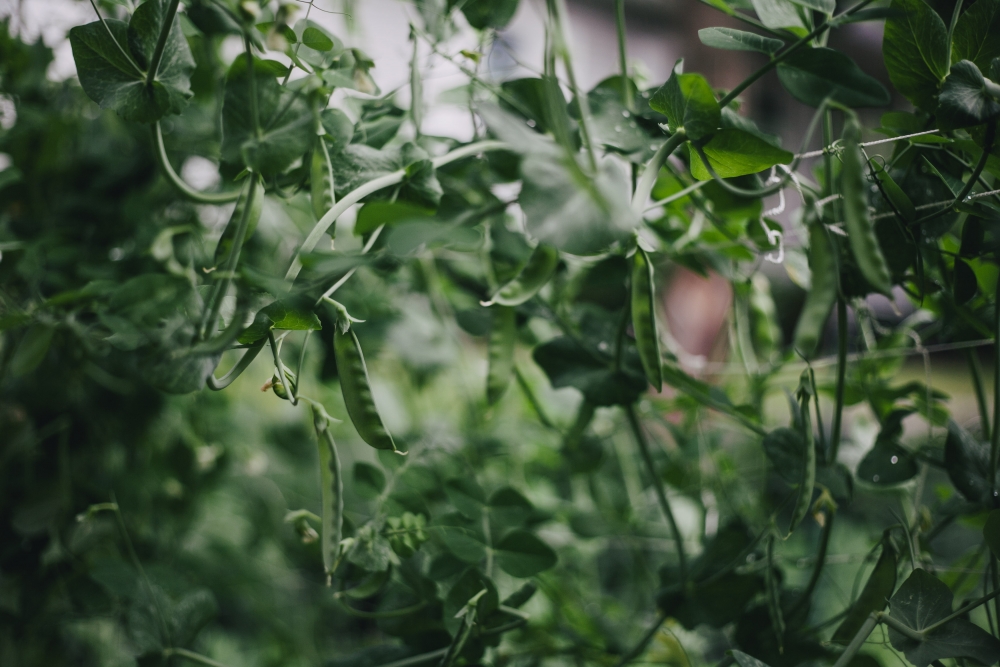 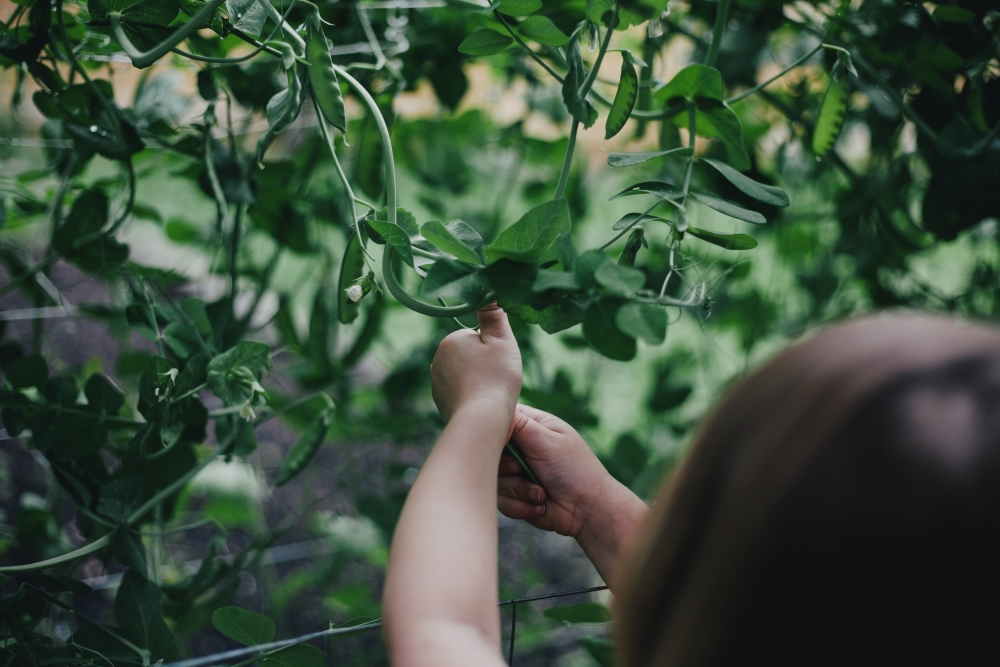 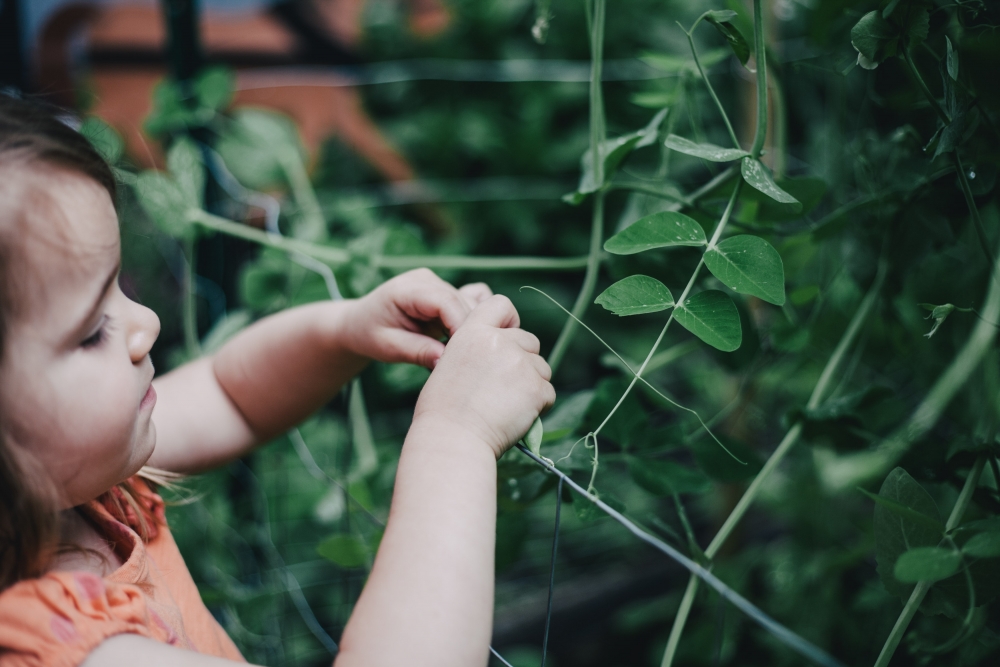 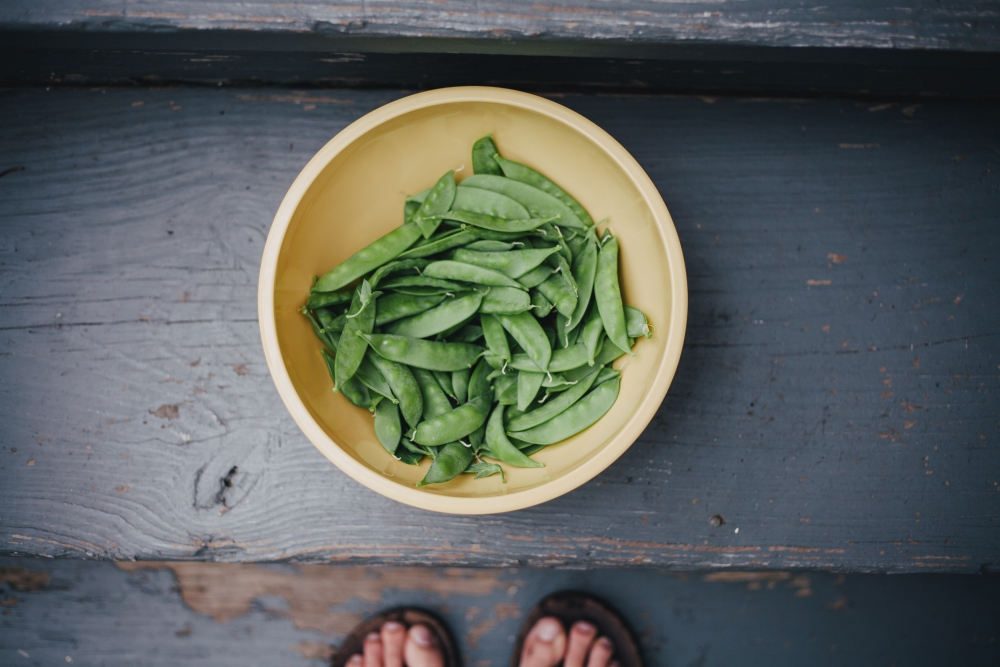 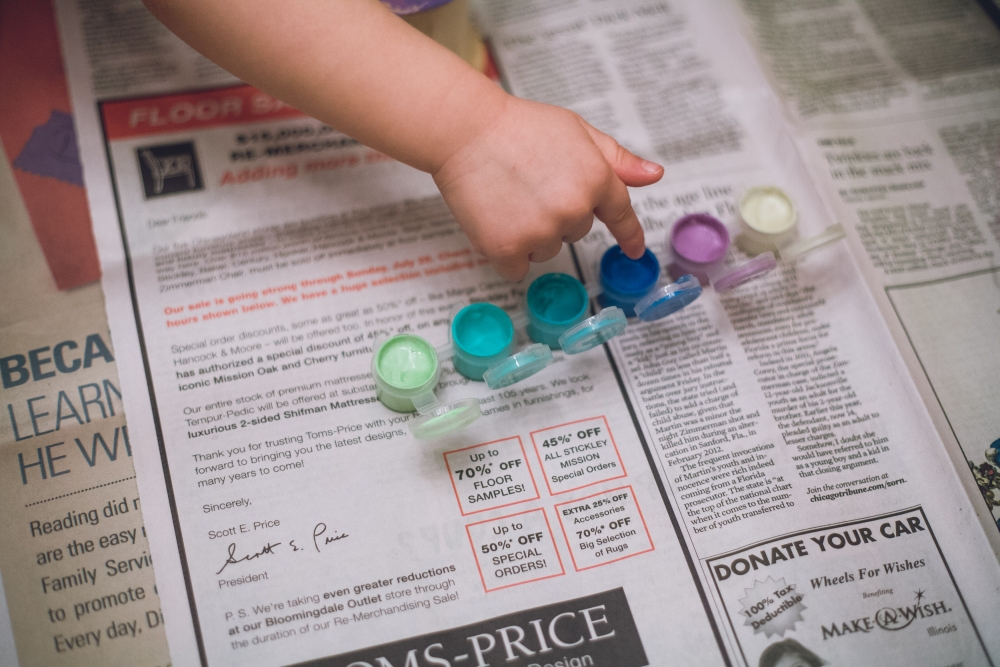 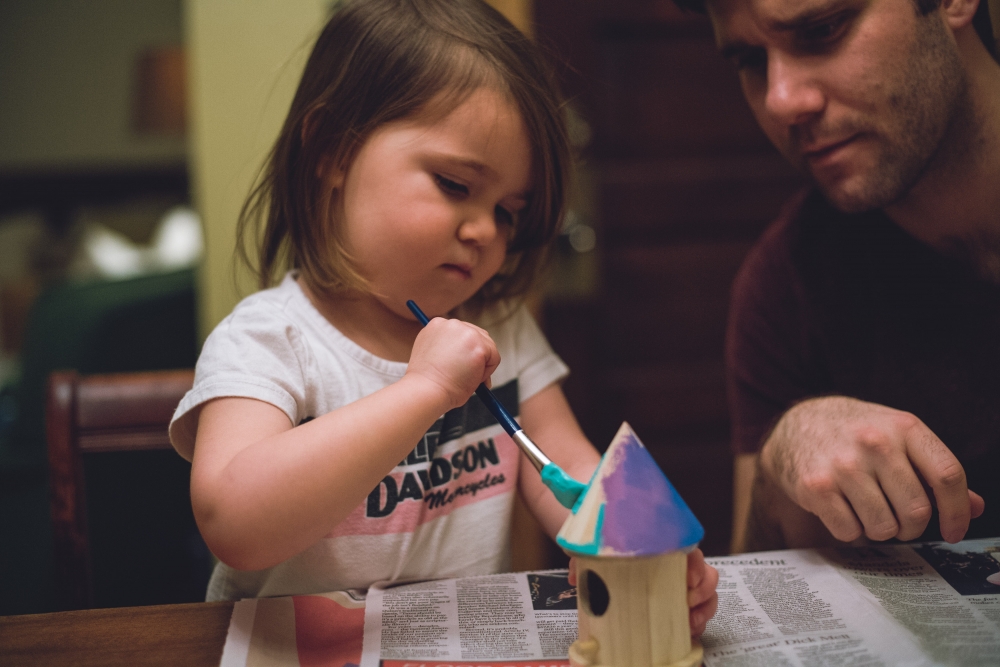 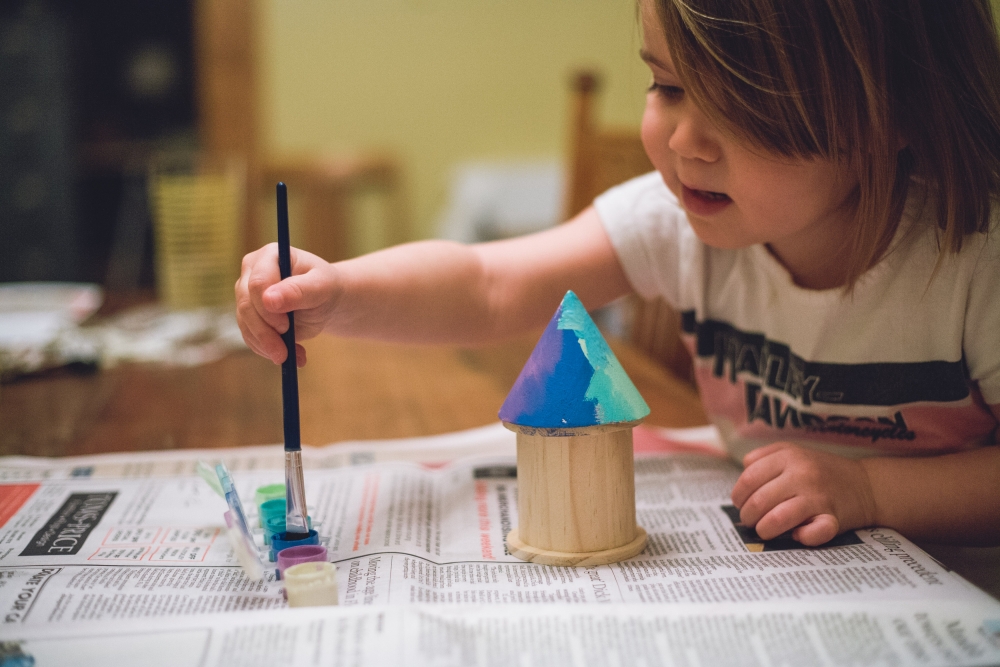 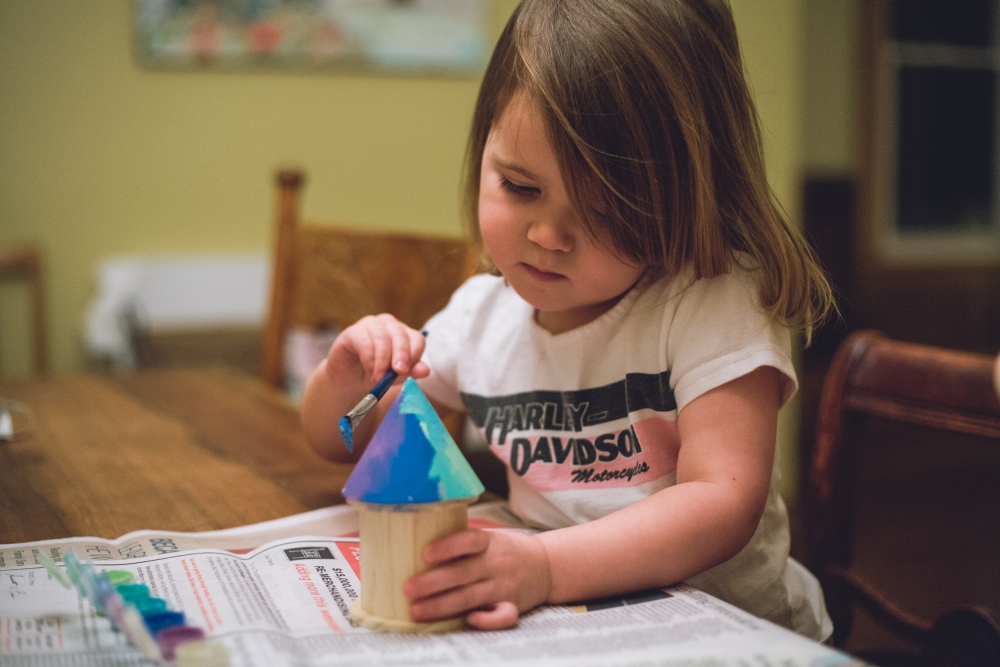 We swung by a craft store the other day to grab needles for a knitting project, and I noticed Alan was sort of holding something behind his back, out of Indy's view, and it was this little wooden bird house and paint set. He wanted a project to do with her, just the two of them. (On a side note, while we were there, somewhere between the craft store and the store next door one of my mittens [a birthday present from my mother] vanished. I hunted in both stores and asked a sales associate if anyone had found a mitten and they hadn't. We got in the car and it was just one of those frustrating and totally non-sensical but helpless moments. We knew it was in one of those two places, but we couldn't find it and there was nothing we could do about it! It didn't make sense how it had vanished in the first place, and even lesser sense why we couldn't find it in such a small radius. Ah well - an excuse for another knitting project, right?) 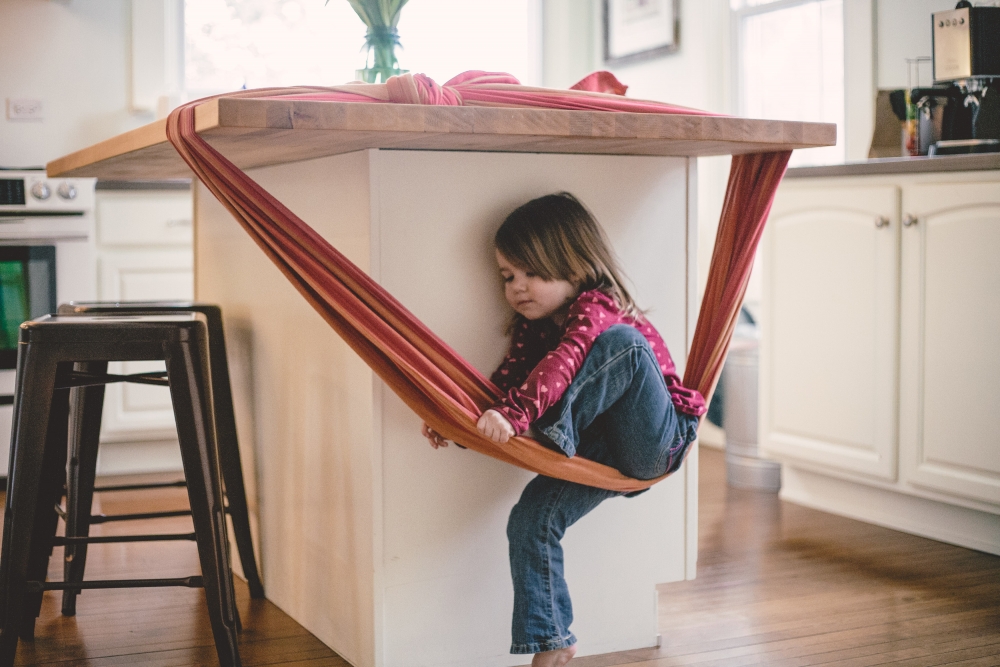 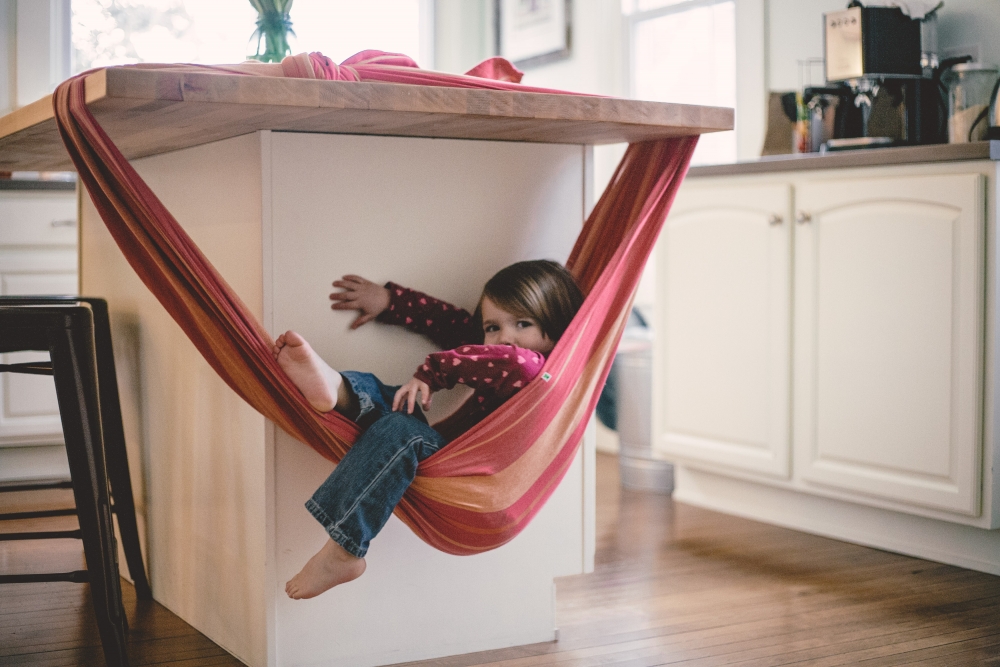 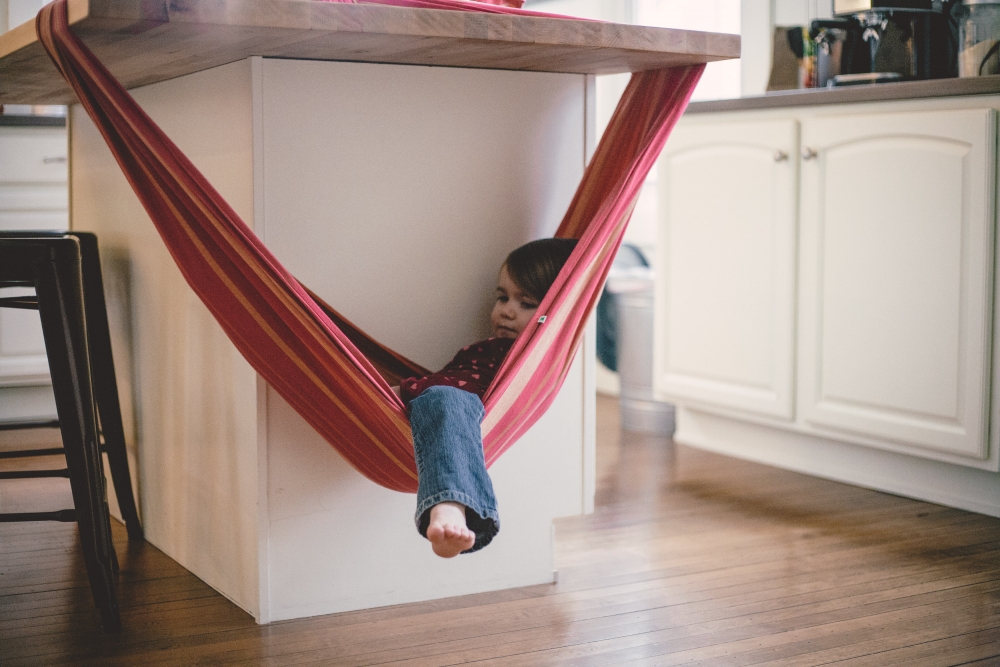 Indy's been helping me break in my new woven wrap by using it as hammock. It's pretty much my childhood dream and I would love to shrink myself down so that I could chill in that hammock under the kitchen island with her. Yes she fell out and bonked her head and cried. Yes she got back in it. 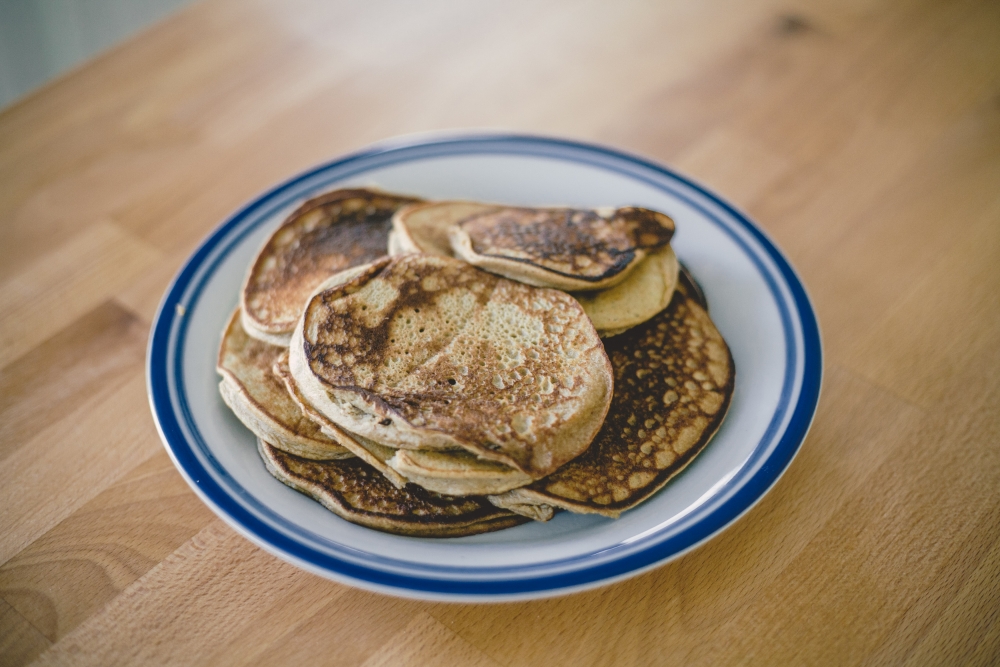 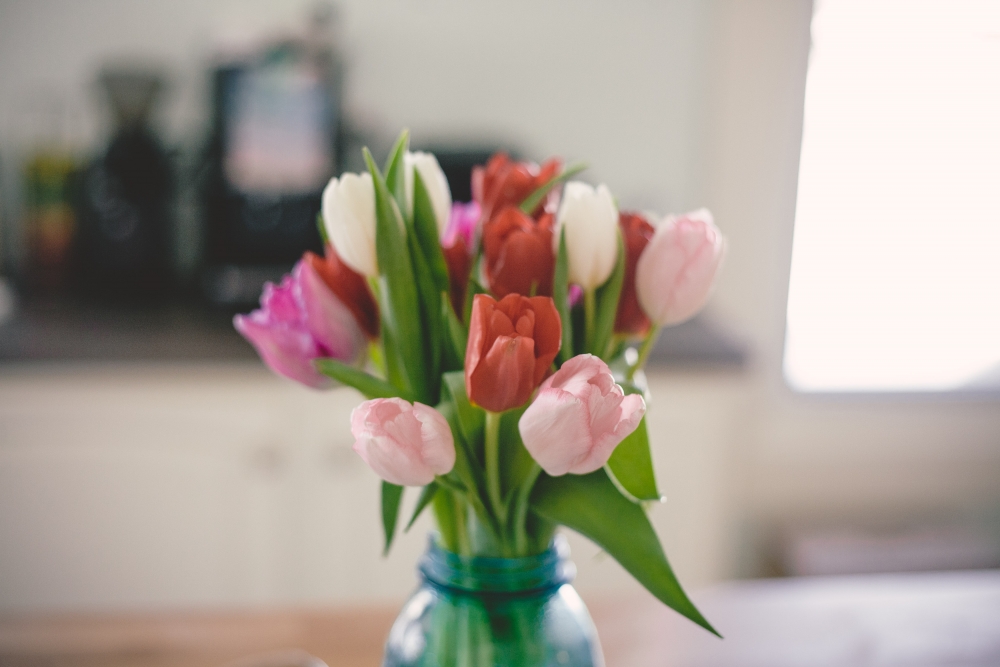 Tulips for Valentine's day (we also celebrated by having Ethiopian for the 5th year straight at Ras Dashen - check out last year's post.) 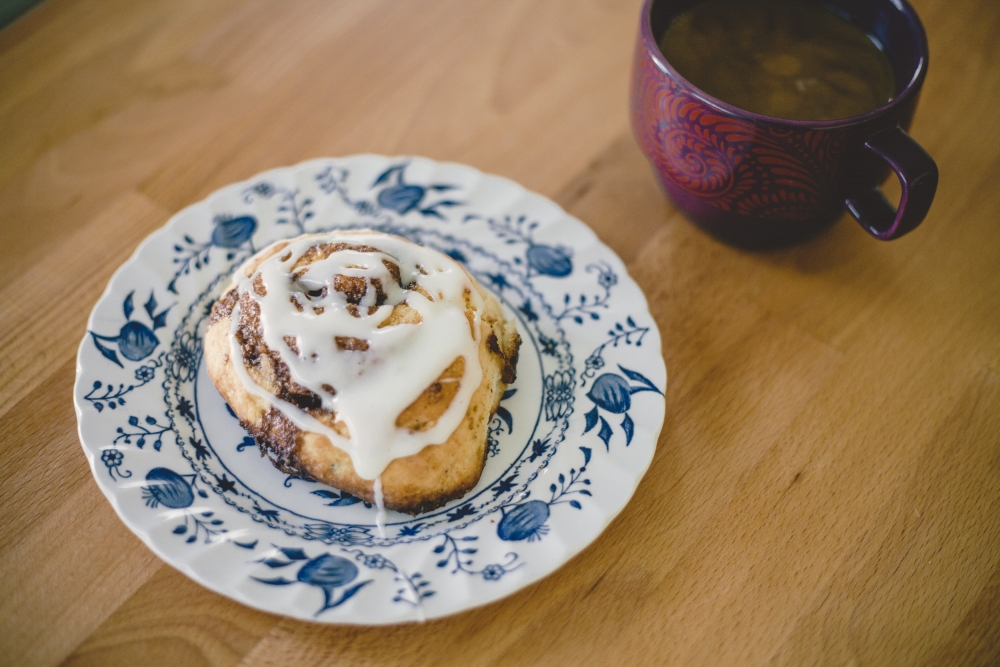 Saturday morning when I came downstairs Alan's pants were covered with flour and there were bowls of things everywhere. No you cannot borrow my husband - he makes delicious cinnamon rolls and he's cute so I'm keeping him. 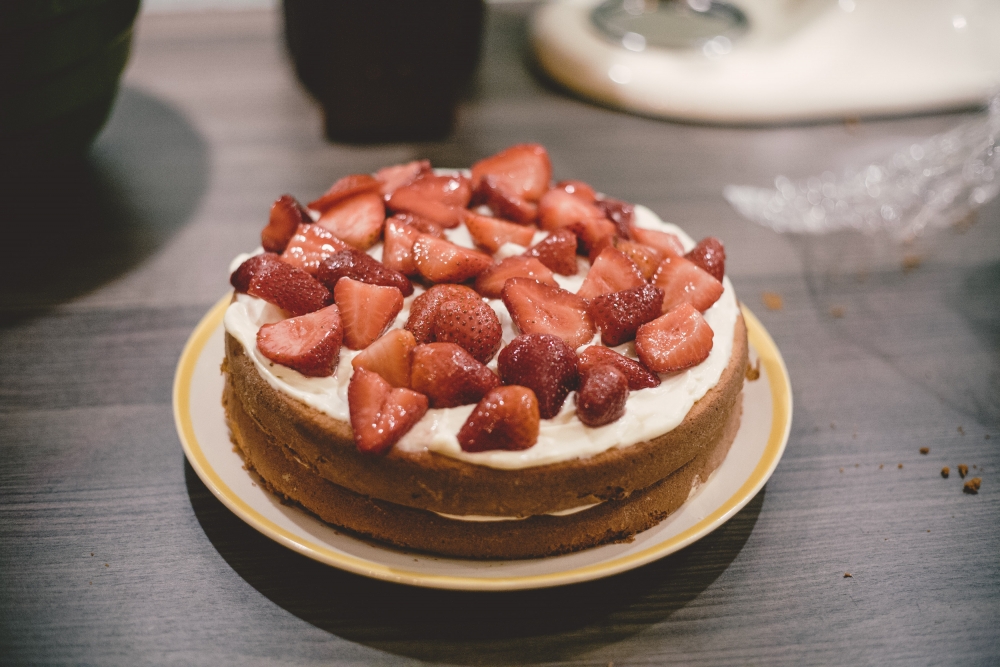 Sometimes your mother-in-law brings over a bowl of strawberries but there's no way to serve them (and that just won't do!) so you go ahead and bake a cake. Recipe: here. Frosting: whatever is in your fridge. I sort of hesitated to post the above two pictures as I realized the long string of pictures of sweets was growing ever longer. Feel free to judge me. Truth is, Alan and I finally realized today that we really need to designate a dessert night once a week. We hadn't done it because, hey, if you designate a night for dessert then you'll be eating dessert at least once a week (as though you'd eat it less often if it didn't have an official night), but let's not give ourselves so much credit; we all know that what is really happening is that because it doesn't have an official night we end up eating dessert multiple nights a week (and sometimes after lunch, too) and that is just way too much sugar. So. Sunday nights it is. 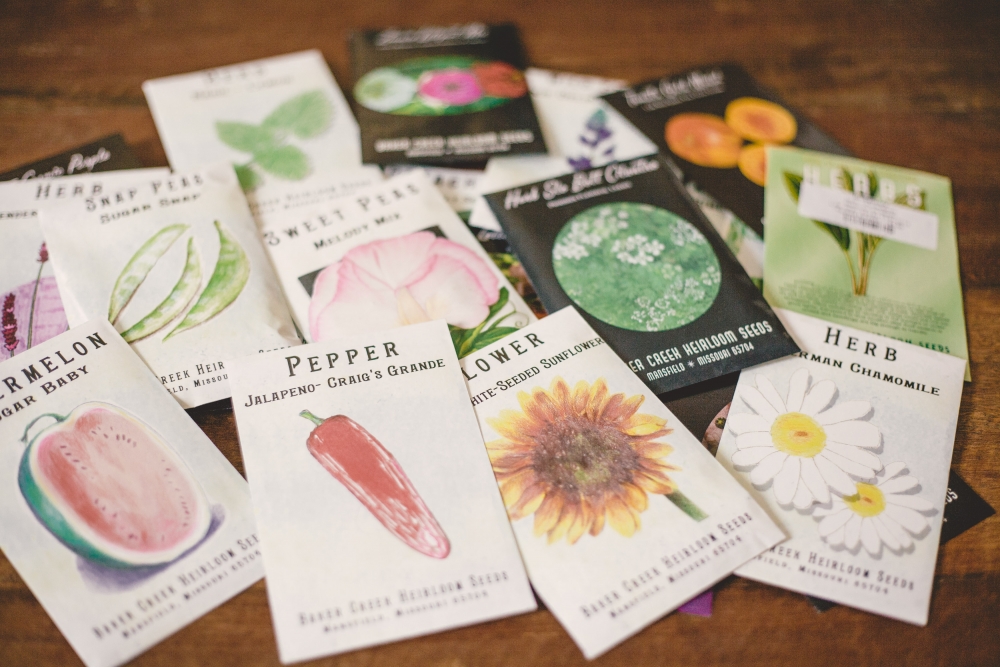 And seeds! My seeds came super fast, and now I'm suddenly realizing that I need to get a paper calendar if I'm ever going to get organized enough to pull this off. Virtual calendars just don't do it for me: the screens are all just too small and I don't feel like I can get as good of a grasp on the broader context of everything. Anyways, I got all kinds of veg and some melons and lots of flowers and herbs too, so I'm very excited to get all of this going!